At last, a sympathetic renovation to a carpenter Queen Anne Federation house, with an eclectic yet liveable interior renovation to the highest standards of comfort and usability. 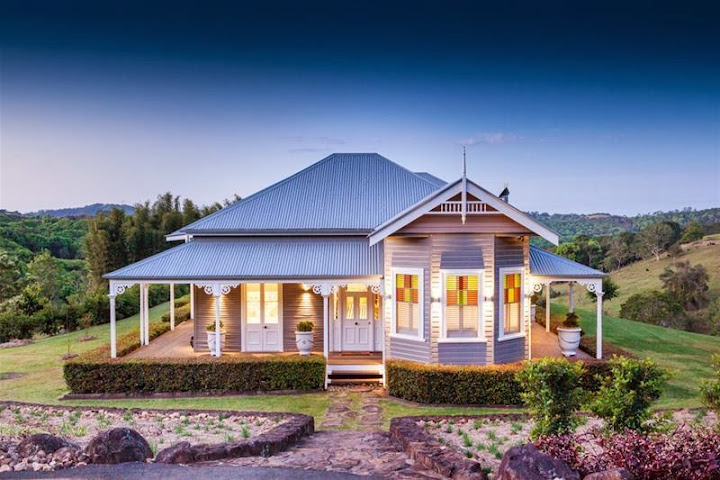 Charltons, the 120 year cottage on a hillside overlooking 58 acres in the Byron Bay hinterland, has been snappily sold by the Designer Boys, Gav and Waz. 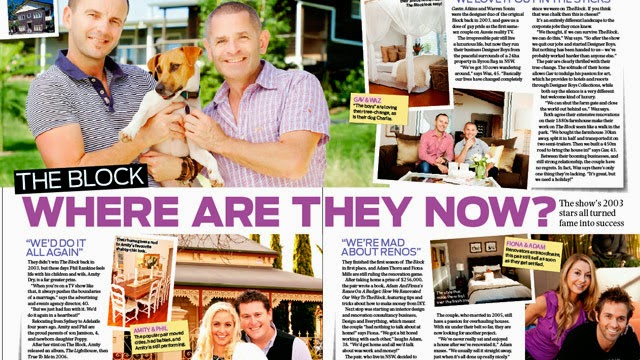 Gaz and Waz Gavin Atkins and Warren Sonin were the designer duo of the original Block back in 2003, and gave us a dose of gay pride as the first same-sex couple on Aussie reality TV.

From animal heads in the hall to bright lights in the kitchen, Gav & Waz’s latest project has it all.
The first stars of the reality TV show The Block, have just sold their $3 million home near Byron Bay. ‘‘We had offer and acceptance late last night,’’ says Warren Sonin, aka ‘‘Waz’’, one of the leading lights of the first series 10 years ago and one half of the Designer Boys with partner Gavin ‘‘Gav’’ Atkins.

Gavin Atkins and Warren Sonin with their dog Charlie at there renovation project in the Byron Bay Hinterland. Picture: Paul Harris.

May 24, 2013 By John Clements 1 Comment
Contestants on the very first series of The Block a decade ago, Gavin Atkins and Warren Sonin, otherwise known as Gav and Waz (and The Designer Boys), have come a long way. And despite moving to Byron to enjoy a simpler life, they’ve never been busier.

Designer boys Gav and Waz and their dog Charlie
Still working as interior designers for private clients, in the last 4 years, it is their wholesale art business, Designer Boys Collections, that has really taken off.