Abandoned in 1996, Armadale’s Redcourt now has price hopes of more than $10 million plus.

One of Five of the most beautiful homes currently on the market in Victoria
By Jennifer Duke, Thursday, 28 November 2013
506 Orrong Road, Armadale
One of Australia’s Finest Residences.”
Melbourne’s ultimate renovation
REDCOURT – A Mansion
TO THE RESCUE OF A GRAND DAME
MERGED DIFFERENT DESIGN ERAS
BY REBECCA THISTLETON
How Adam Garrisson saved Melbourne mansion Redcourt

A landmark manor with a celebrity-name renovation is thought to have sold for more than $10 million.

Young entrepreneur Adam Garrison, who – among other ventures – rescues old buildings from demolition, is believed to have offloaded Armadale’s landmark Redcourt mansion.
The media-shy businessman bought the Orrong Road property from the state government in 2009, before undertaking a four-year restoration of the 127-year old Queen Anne manor and its substantial 3500 square metre grounds.
Developed by glass and timber merchant Edward Yencken, the 14-bedroom red-brick mansion was occupied as a student rooming house before falling into disrepair and being abandoned in the mid 1990s.

Garrison’s high-end renovation employed fashion designer Akira Isogawa to refit what was a music room and artist David Bromley to redesign the children’s room.
Shannon Bennett – Garrison’s friend and a business partner for another venture – designed Redcourt’s kitchen.
Property industry insiders whisper that Redcourt has sold for a speculated price of above $10 million, earlier this year, but neither a transaction nor figure could be confirmed with Kay & Burton’s Gerald Delany and Ross Savas, who declined to comment on any aspect of the campaign.

NOVEMBER 28, 2014 10:00AM
“Redcourt”, developer Adam Garrison’s refurbished 19th century homestead, is again up for sale.
The property at 506 Orrong Rd, Armadale, was listed in October last year but didn’t sell.

Contributors to the “Redcourt” project include chef Shannon Bennett and fashion designer Akira Isogawa. Source:Supplied
The main house includes a suite of specialist spaces, from an art room to a meat and cheese room — along with more common luxury features such as a gym, steam room and cellar.

This property, called ‘Redcourt’, is a seven-bedroom, eight-bathroom home circa 1888. 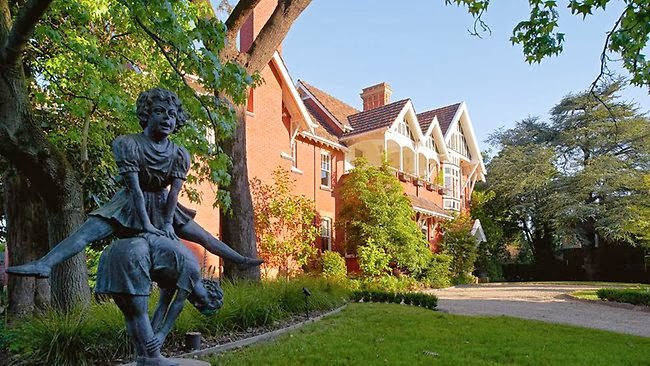 One of Australia’s Finest Residences.” 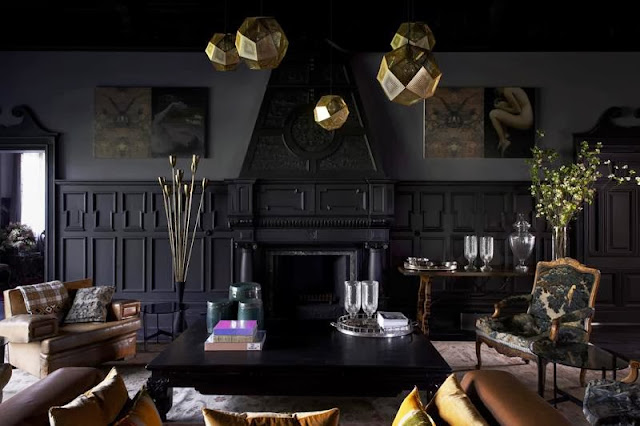 Redcourt was built in 1888, and was in a state of abject neglect when Garrison bought it from the government in 2009. Picture: Earl Carter/Vogue Living.

The owner, entrepreneur Adam Garrisson, bought the Queen Anne-style mansion in 2009 in a derelict condition from the state government for considerably less than the original 2008 $8 million asking price, but industry sources said he’d spent more than double what he paid on restorations.

Redcourt was built in 1888 by the glass and timber merchant Edward Yencken and is one of Melbourne’s most prestigious houses.

PROPERTY INVESTOR Adam Garrison is believed to be the mystery buyer of a 14-bedroom “renovation rescue” in Armadale.
The co-founder of charitable restaurant Fifteen Melbourne – and until recently the part owner in Spring Street’s iconic Windsor Hotel – plans to fully restore the heritage listed Redcourt mansion on Orrong Road into a family home, a move which some speculate could cost more than $2 million.

The following is from Walking Melbourne: 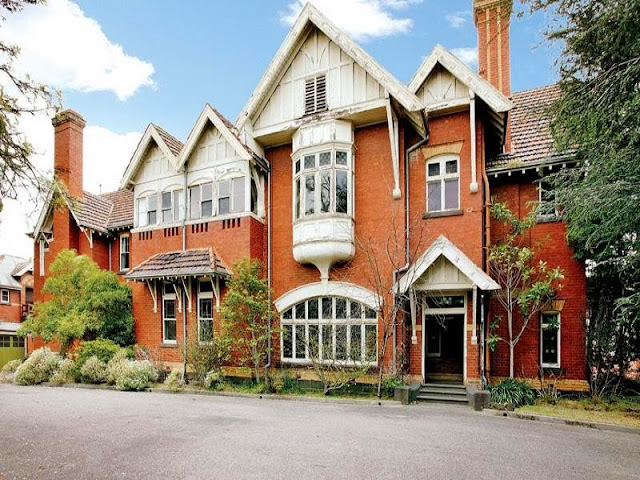 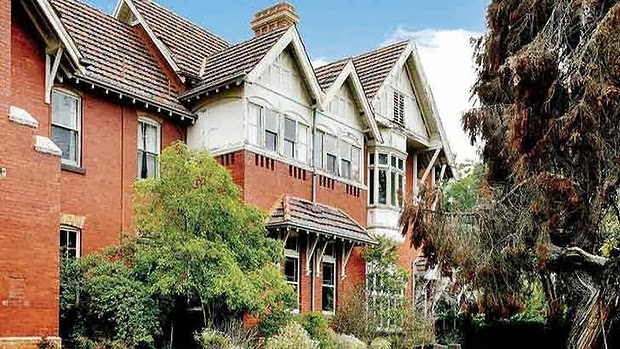 The shots of the beautiful and apprently intact interiors are evidence of a grand mansion which has fortunately survived. Hopefully it will be purchased and restored to its full glory.

Look at the great fireplace, ceiling and wall panelling in this room: 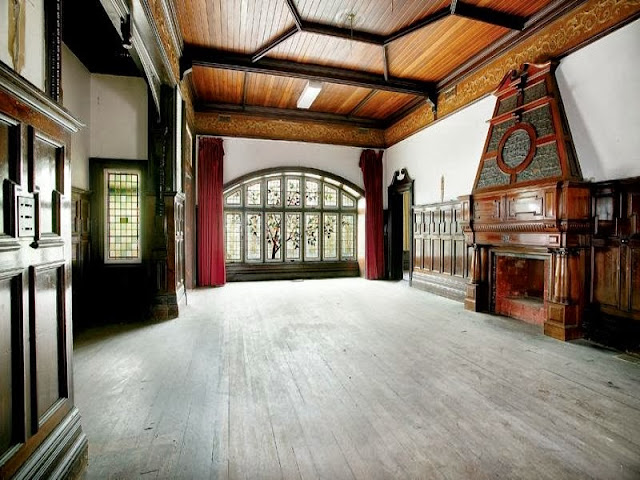 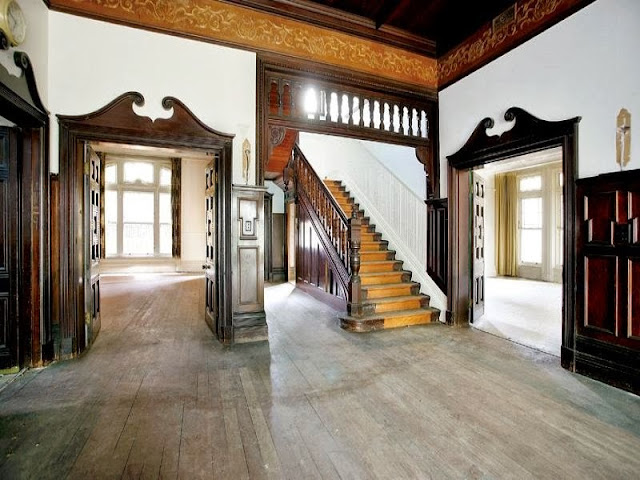 You can see by some of the fluorescent light fittings that this elegant mansion has been used to other purpose, but thankfully the interiors themselves seem – on this viewing anyway – to be relatively preserved: 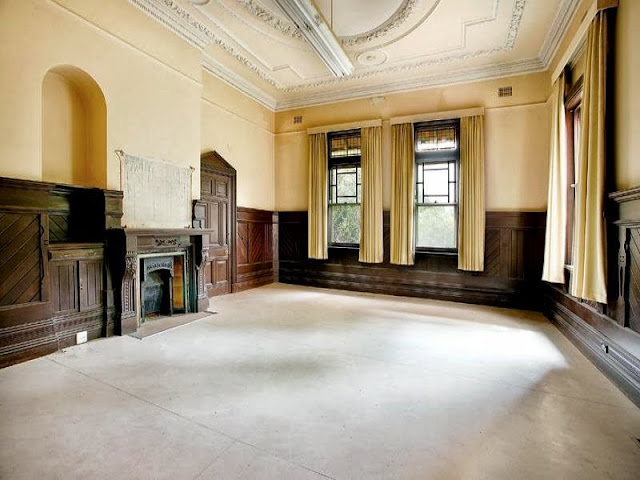 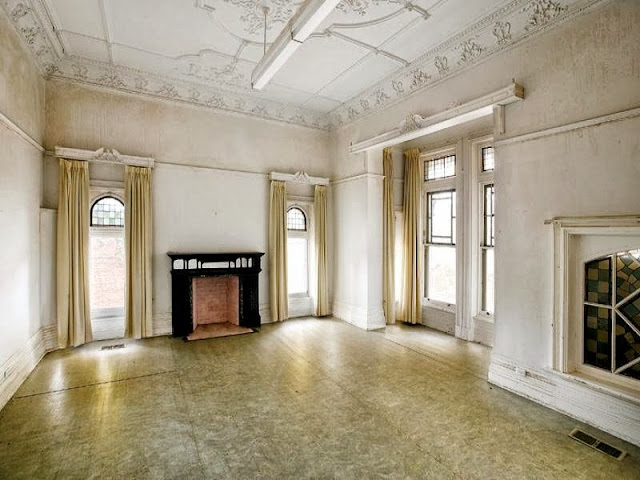 The first room shown here looks as though it may have been partitioned, note the flimsy wall on the left, which appears to have been erected across a fireplace – the ceiling hints at a room of once grander proportions: 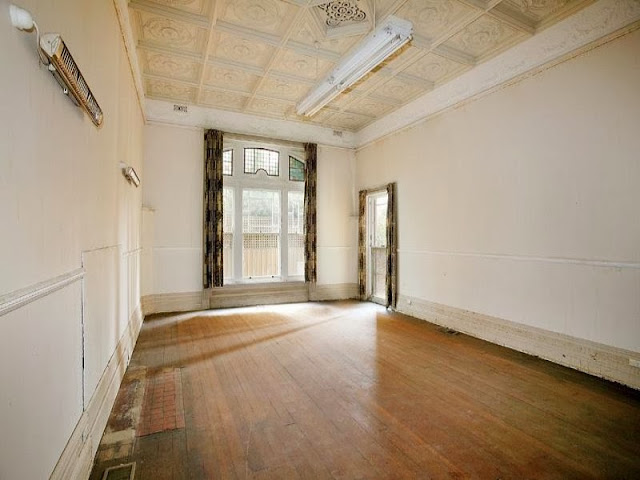 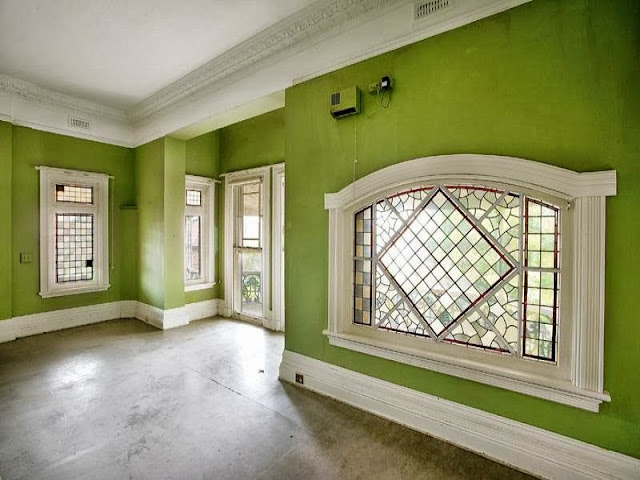 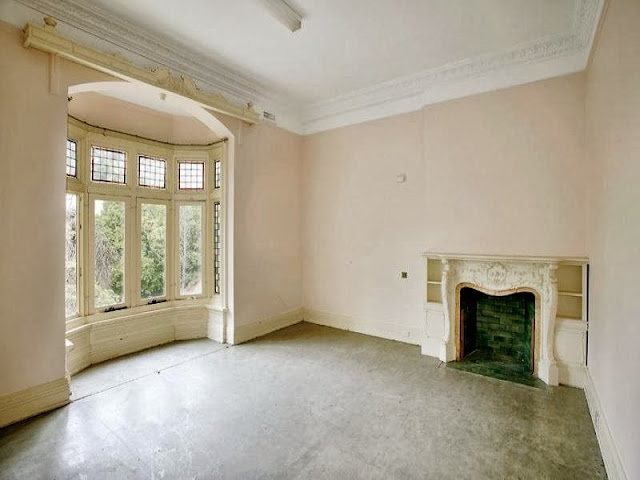 Here’s a link to the agents site

Stephen Nicholls
National Domain Editor
View more articles from Stephen Nicholls
The owner, entrepreneur Adam Garrisson, bought the Queen Anne-style mansion in 2009 in a derelict condition from the state government for considerably less than the original 2008 $8 million asking price, but industry sources said he’d spent more than double what he paid on restorations.

After reaching a deal, Adam Garrisson brought in

”It’s an extraordinary property in every way,” says Ross Savas, a director at Kay & Burton in South Yarra.

TO THE RESCUE OF A GRAND DAME

The Australian Financial Review
Adam Garrisson’s unwavering attention to detail is everywhere in the Melbourne home he restored from ruin.
Redcourt is an 1888 Queen Anne-style mansion in Armadale, designed for a glass and timber merchant and later owned by prominent Melbourne families. It was converted to a guesthouse in the 1930s, but left to rot since 1996.
An application to turn the home into apartments was rejected and it was put on the market in 2008. The sale generated plenty of interest but few were game to take on a home so large and overgrown.[4]

Garrisson, a businessman who redeveloped Melbourne’s landmark GPO into an upmarket shopping destination, baulked at first. But he bought it and, instead of handing control of the restoration to a designer or architect, he project-managed the property’s resurrection himself.

If profit was Garrisson’s main motivator, 60 apartments would now be on the Redcourt site. Instead he has merged different design eras and themes to create an astounding home that is now for sale.

Garrisson worked with the founder of London creative studio Tomato, Professor John Warwicker, to create the vision for the home. Renowned fashion designer Akira Isogawa created bespoke fabrics for the music room, which he based on the feel of a Bedouin tent.

His most recently completed project is Redcourt, the landmark Armadale, Melbourne, residence that Garrisson spent four years and untold millions rescuing from the ashes of ignominy.

Garrisson appointed John Warwicker of London art and design collective Tomato as creative director. The pair walked through the building dozens of times before deciding on a theme. Garrisson says the idea was to achieve a “universal language” but with “different dialects” within each space.

“I wanted to create an environment that fostered a cultural and artistic exchange,” says Garrisson, who is legendary for hosting jazz afternoons, gourmet evenings and poetry readings by such Redcourt regulars as actor Jack Thompson. “Some people don’t care about old buildings, but they are defining, contextualising and encase the character of a civilisation.”