F. Kenneth Milne (18/07/1885–3/10/1980) was one of South Australia’s most well-known, prolific and popular early- to mid-twentieth century architects. After designing in Federation Arts and Craft and Bungalow styles, he later resisted modernism and remained a devotee of the Georgian style.

When Milne returned to Adelaide in April 1909 and established his own practice, two of his first commissions influenced his early career.

The Hampshire Hotel 110-112 Grote St (1910) led the South Australian Brewing Co. Ltd to commission hotels in both metropolitan and rural areas, and the Adelaide Oval Scoreboard Victor Richardson Rd (1911) was so revered that the South Australian Cricket Association became a longstanding client. Over time, Milne established a reputation for domestic architecture and he designed many large residences for wealthy members of Adelaide’s establishment.

He designed many significant Adelaide buildings including a building for the South Australian Brewing Co. Ltd. This building currently houses the UniSA Law School.
From

Frank Kenneth Milne (1885-1980), architect, was born on 18 July 1885 at Tusmore, South Australia, seventh of eight children of Adelaide-born parents John Milne, land agent, and his wife Lucy Edith, née MacGeorge. Sir William Milne was his grandfather. Educated privately, and at Glenelg and North Adelaide state schools, Kenneth was introduced to drawing by Miss Mary Overbury at Mrs Kingston’s school, New Glenelg. A bachelor uncle, William Milne, paid for his secondary education and provided the £350 necessary to have him articled (1903-06) to the Adelaide architect William Alfred Wells. He came under the tutelage of Stuart Clark, the firm’s chief draftsman. In 1906 he joined G. B. Robertson & T. J. Marks in Sydney as an architectural draftsman; he claimed that he learned more there than he might have ‘in thirty years’ in Adelaide.

“Milne has always paid special attention, to modern styles in interiors as well as exteriors, and has introduced all the latest arrangements that conduce to the easy working of a home. Splendid instances of thie are seen in the residences of: 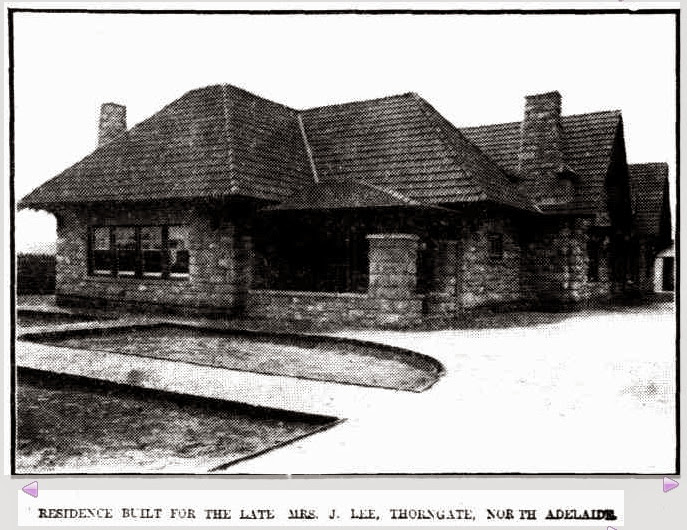 At Chalmers Church, North Terrace, on 12 March 1913 Milne had married Hazel Muir Fotheringham (d.1968) with Presbyterian forms. One year earlier he had contracted with the South Australian Brewing Co. Ltd to supervise construction on its properties. This work constituted a large part of his operations until 1920, and he was retained by the company until 1946. As business expanded, he was joined in partnership by J. R. S. Evans (1920) and C. A. Russell (by 1929). During the 1920s many of the firm’s principal commercial buildings were commissioned, including the Edments building, Rundle Street, and Lister House, North Terrace. Early in 1930 the partnership of F. Kenneth Milne, Evans & Russell was dissolved.

On a study-tour of Britain and Europe in 1933-34, Milne renewed an interest in Georgian architecture, in particular the work of the Adam brothers.

In 1955 his firm donated £1000 to the university; in 1958 he gave £5000 for the Kenneth and Hazel Milne travelling scholarship in architecture. In semi-retirement from 1957, he continued to undertake alterations to buildings he had previously designed and other work for established clients (such as the Angas and Kidman families) until he retired in 1973. He was made a life fellow (1970) of the Royal Australian Institute of Architects.

Active in the English-Speaking Union and the Liberal and Country League of South Australia, Milne was small in stature, physically fit and mentally alert. He belonged to the Adelaide Rowing Club, the Amateur Sports Club and the South Australian Rugby Union. To celebrate his ninety-first year, he stroked an A.R.C. VIII on the River Torrens, with three family members in the crew. He died on 3 October 1980 at Calvary Hospital, North Adelaide, and was cremated. His only child Kenneth Lancelot, founding president (1977) of the South Australian division of the Australian Democrats, sat in the Legislative Council in 1979-85.

Arbury Park Estate, an outstanding Georgian mansion built in 1935 for the Alexander Downer family and ‘certainly one of South Australia’s finest homes’.Features include: 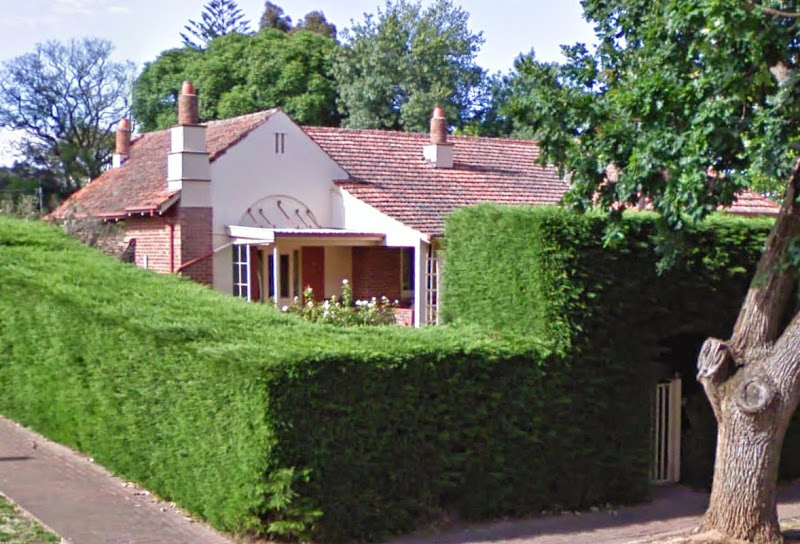 Buildings designed by F. Kenneth Milne 1916-1974. Received in numbered envelopes often containing drawings relating to more than one building, as numbering system related to a client rather than a structure. Envelopes occasionally contained related drawings of other
architects, including original drawings of buildings renovated or added to by Milne and later work on buildings originally designed by Milne. A complete card index (Special List) of drawings and correspondence relating to the designs has been compiled. A copy of the card
index is attached. Plans in drawers.