[Previous post: Haberfield Arts & Crafts Style … Next post:Haberfield Gardens ]
The Arts and Crafts architects created some of the most thoughtful, beautifully crafted and inspired architecture in Australia’s history.

Arts and Crafts architecture was most developed in Melbourne, spearheaded by architects Walter Butler, Harold Desbrowe-Annear and Guyon Puchas. Other architects in this style in Victoria were Robert Haddon, Rodney Alsop, WAM Blackett and Philip Hudson.

Arts and Crafts architecture developed in the same time-frame as Federation style, and just as Queen Anne style claims most of the early innovations in domestic housing, Arts and Crafts style informed the architecture of the later, grander houses built after the ‘boom’ period.

Characteristics of the Arts and Crafts style:

Arts and Crafts architects in Australia:

From: The art and craft of living by JENNY BROWN Domain NOV 8, 2010
“Quite unique. Wonderful” – “It’s an understatement when it comes to describing Arts and Crafts houses in any respect.

“Scott Patterson, director of Jellis Craig Hawthorn, says Arts and Crafts houses often preside in the centre of overly large blocks that are hard to subdivide. He sold one, set on an enormous site this year in Canterbury for more than $2.7 million.

“Some of the best-known architects of the arts and crafts movement in Australia include Walter Butler, Harold Desbrowe-Annear, Walter Liberty Verson, Robin Dods, Horbury Hunt, Robert Haddon and Alsop.

“There is an interesting collection of federation houses along Kurraba Rd between Wycombe Rd and Billong Stt erected on the Neutral Bay Land Company estate. 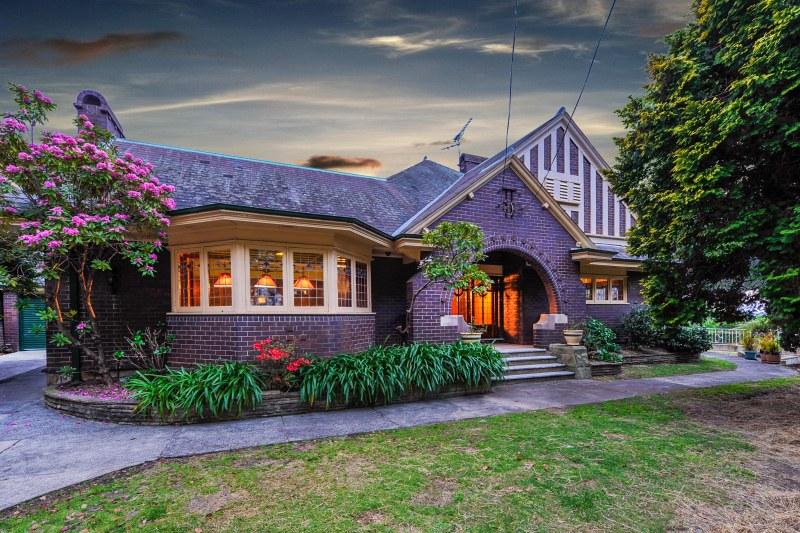 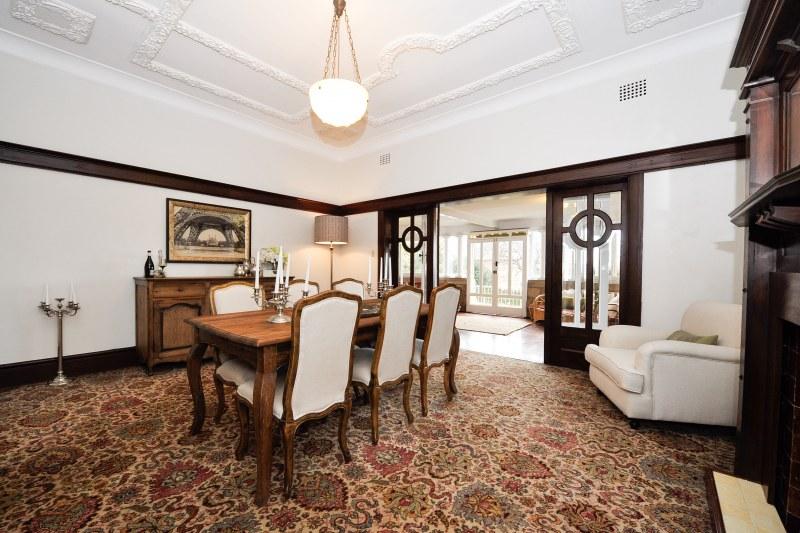 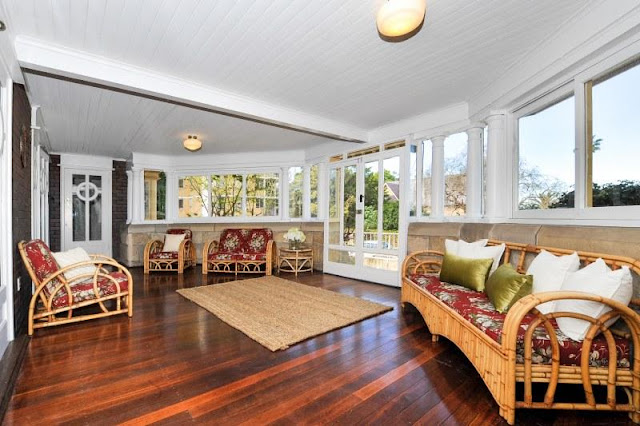 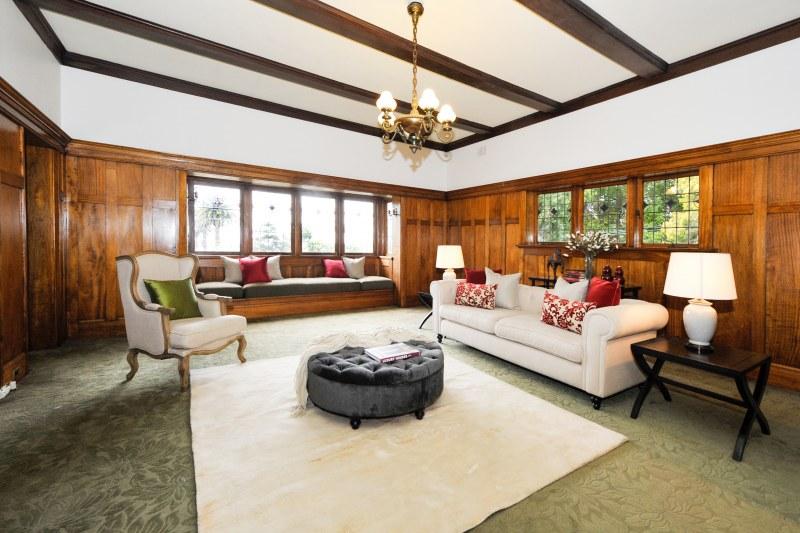 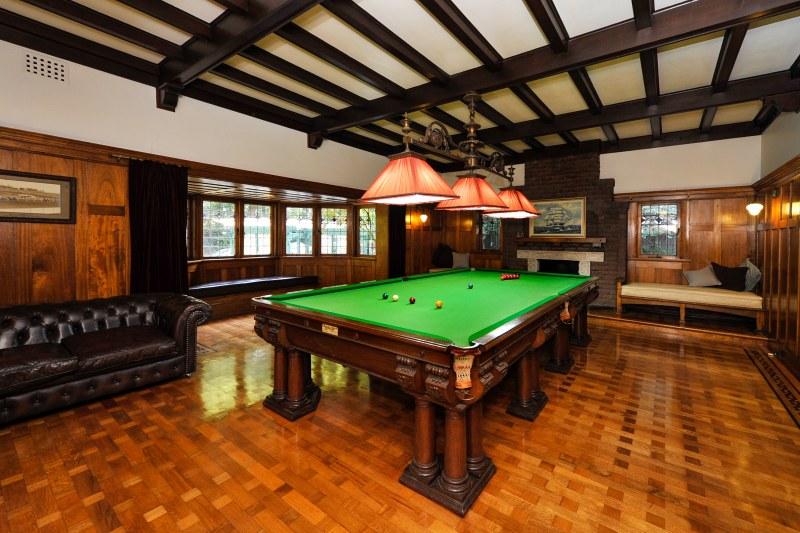 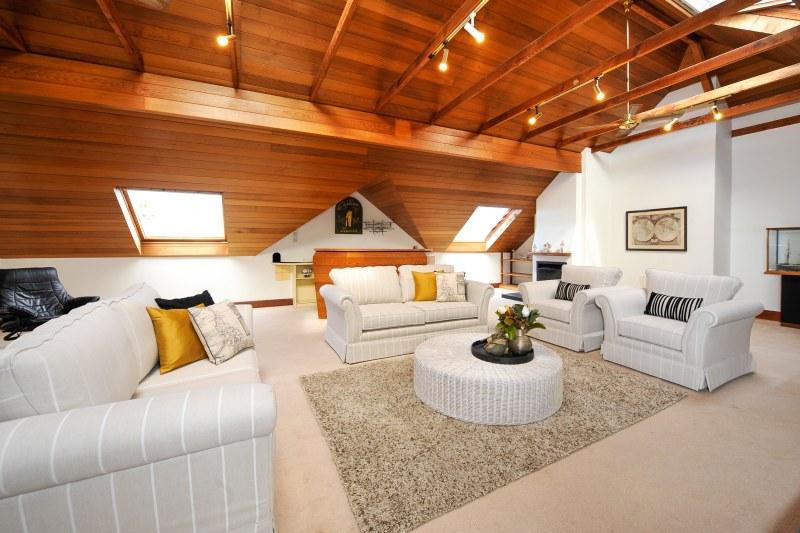 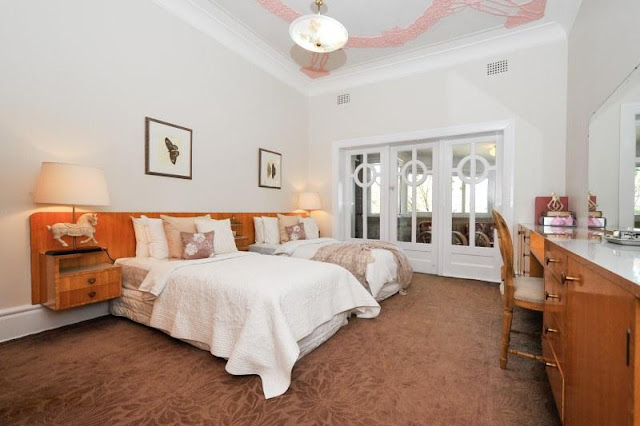 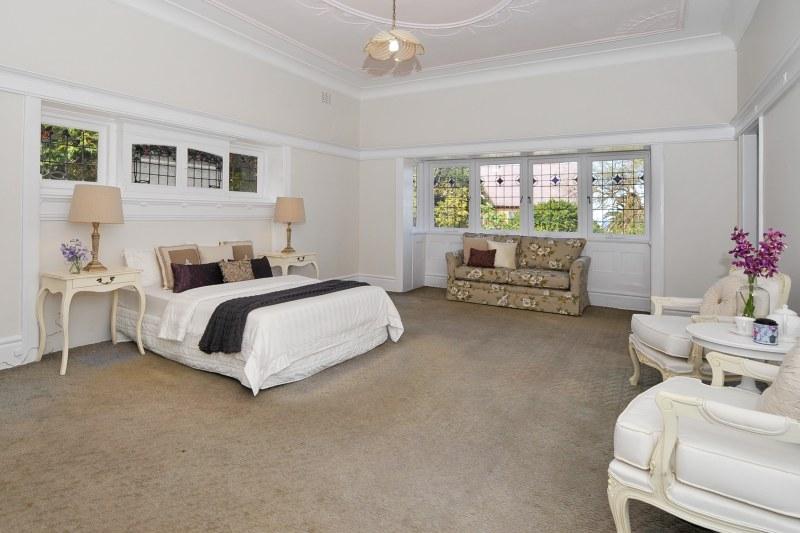 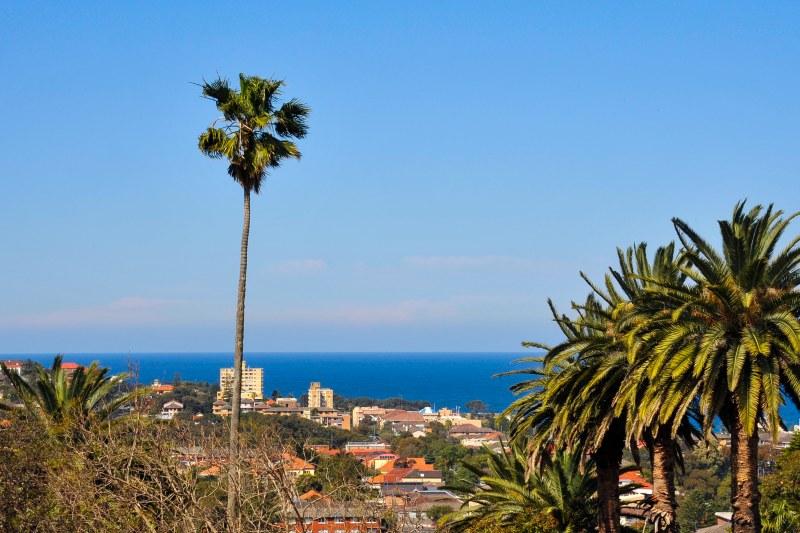 “Historic Byron Bay farmhouse Koreelah, which was built in 1905, has been developed into a holiday retreat and is listed for sale.
“Commercial property investors James Dawson and Anthony Pangallo are selling Koreelah, their five-bedroom 1905 Byron Bay hinterland farmhouse.” 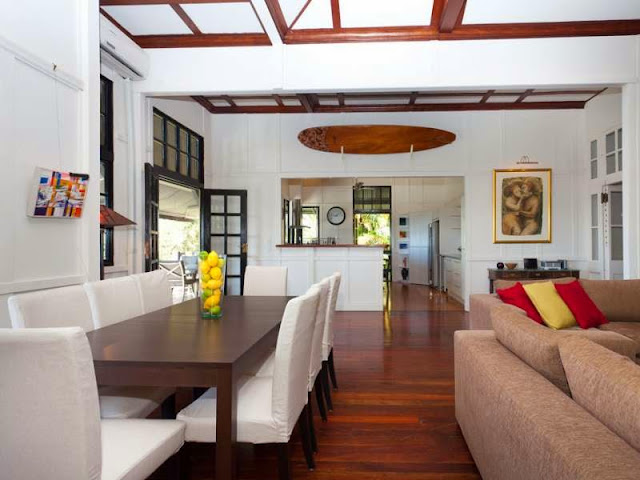 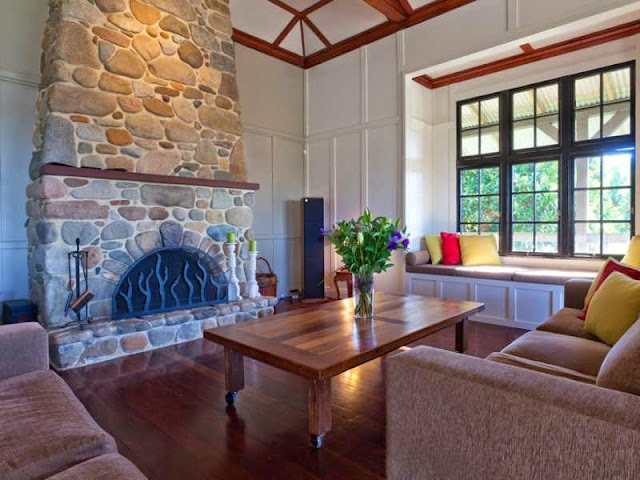 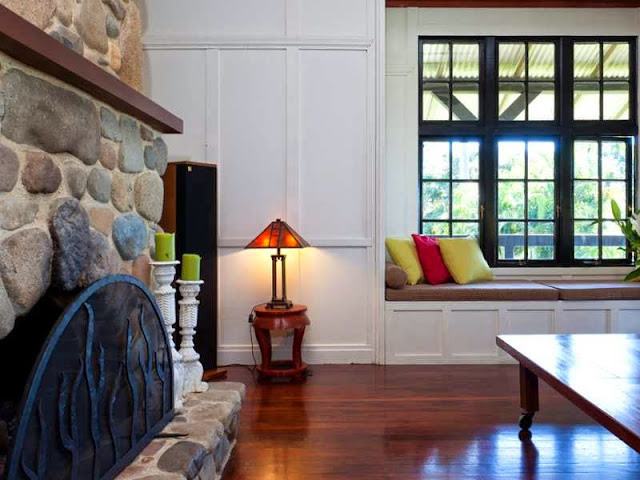 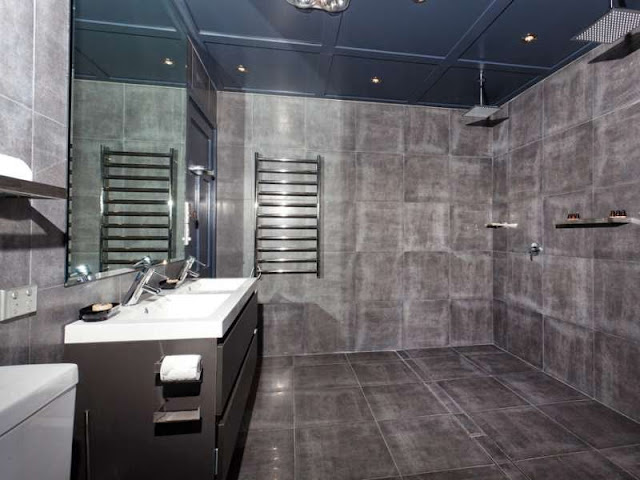 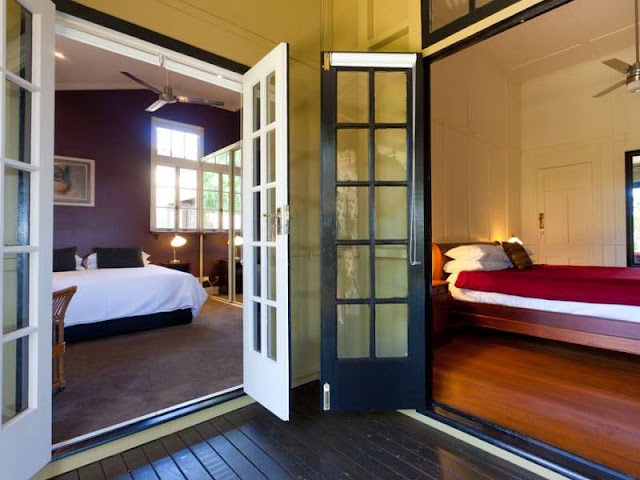 “This magnificent home sits nestled on the hill below St Helena at Skinners Shoot and offers majestic views to the north over the surrounding countryside. Sitting on 10 acres of what used to be a 110 acre property (which could be incorporated into the sale), the land is very gently sloping and features an array of fruit trees, hoop pines and various established natives. 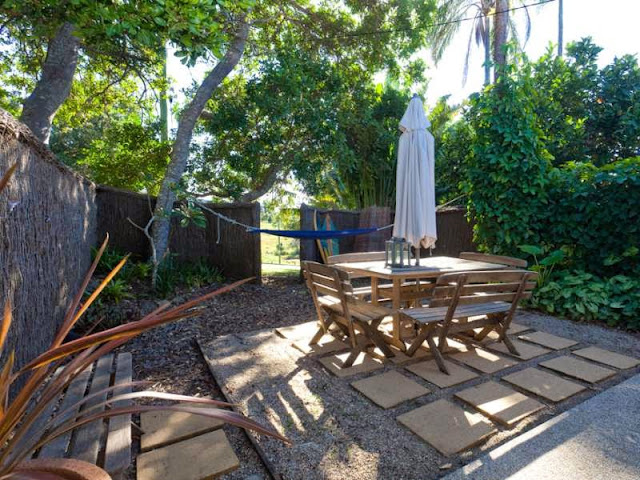 “Originally owned by Raywards, one of Byron’s oldest families, Koreelah has only ever had one other owner since. The home was originally built in 1905 and, whilst its original character has been maintained, it has been substantially renovated to allow for all of the necessary modern day conveniences. 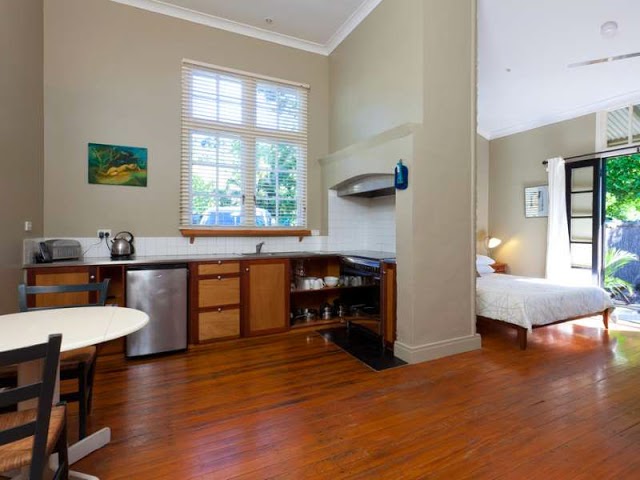 “A large stone fireplace is the central feature of a spacious open plan living area that overlooks the entertaining decks, the pizza oven and the pool. The kitchen is an entertainer’s delight with stainless steel benchtops, ample storage & a large oven. Bi-fold windows connect it to the deck and the views over the countryside will instantly relax. 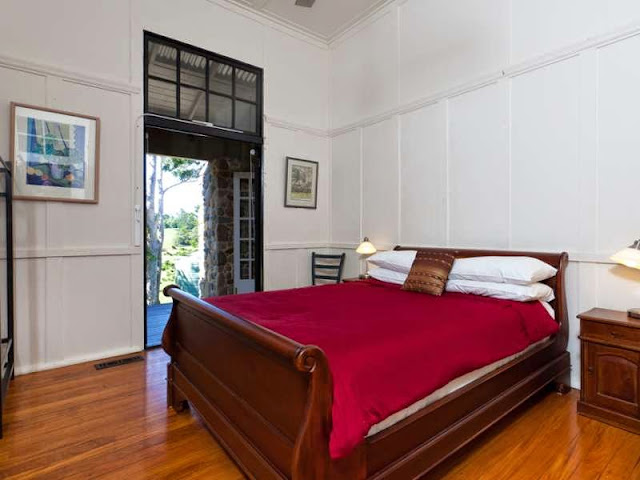 “Four good–sized bedrooms share a large modern bathroom with double shower & vanity and an outdoor bath. The fifth bedroom has a small kitchenette with an indoor & outdoor seating area and beside it is the second bathroom for the home. 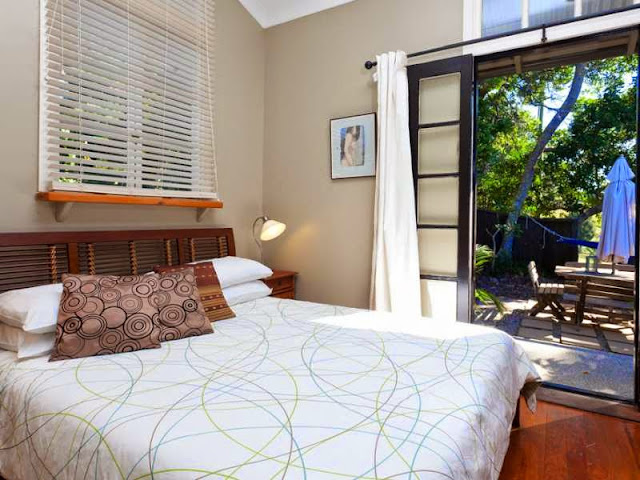 ‘The home features Mahogany & Teak floors and Rosewood detailed ceilings as well as large stone pillars, window seats and wrap-around verandas. It has a wonderful feeling of space and is light-filled and instantly relaxing. 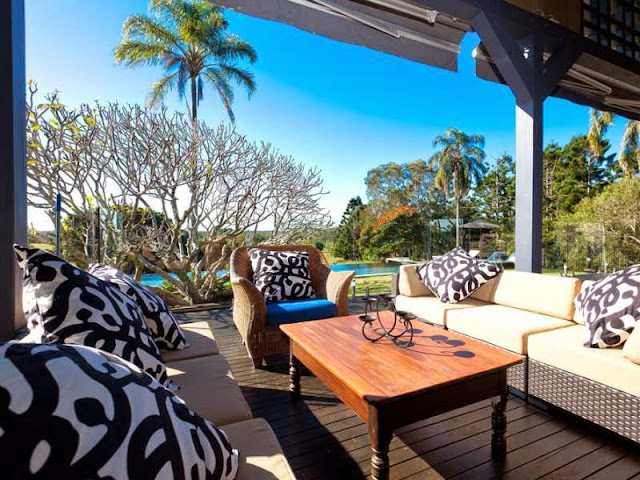 “Koreelah’s position allows it to take in the gentle sea breezes and the surrounding vegetation provides privacy and a wonderful country outlook. Located just 3 minutes drive, or a short bike ride from the main street of Byron Bay and its beautiful beaches this property combines the best of a hinterland setting right in the heart of Byron Bay.” 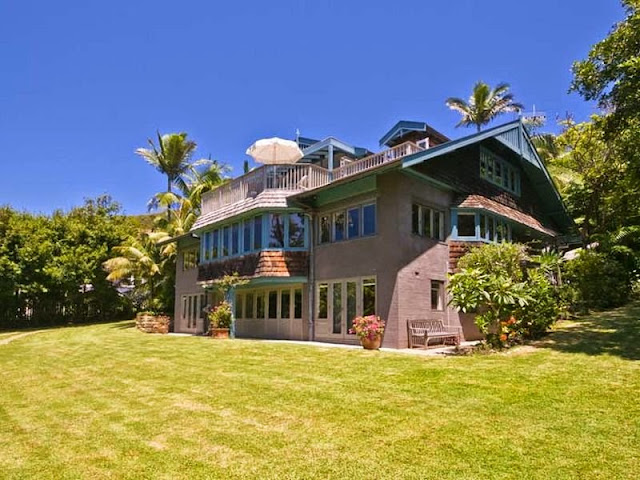 This rare and prized Palm Beach residence evokes a sense of grandeur and timeless elegance, nestled on two titles just moments to the foreshore of one of Sydney’s most iconic beaches. 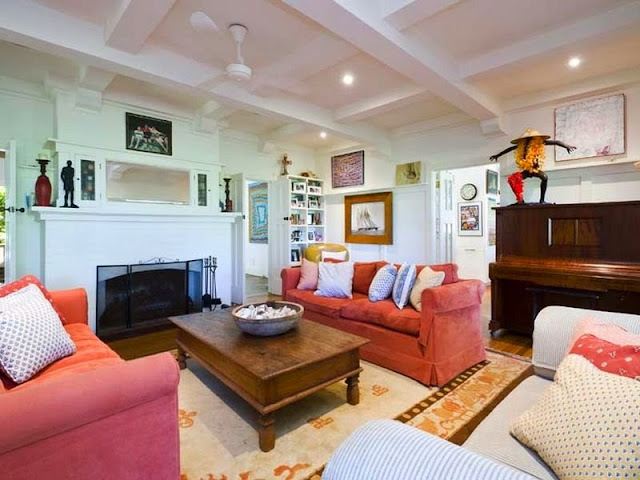 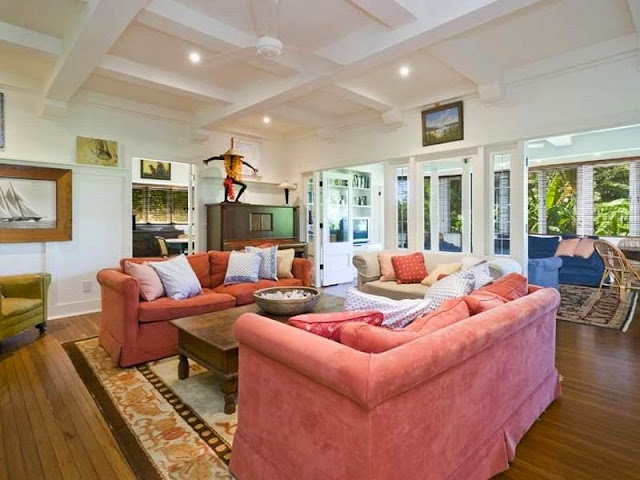 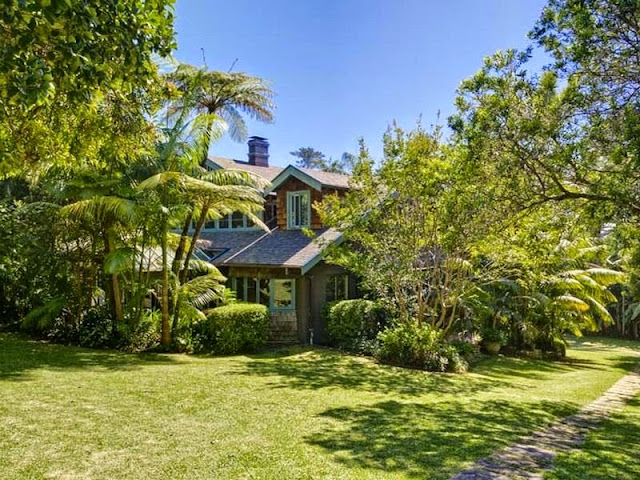 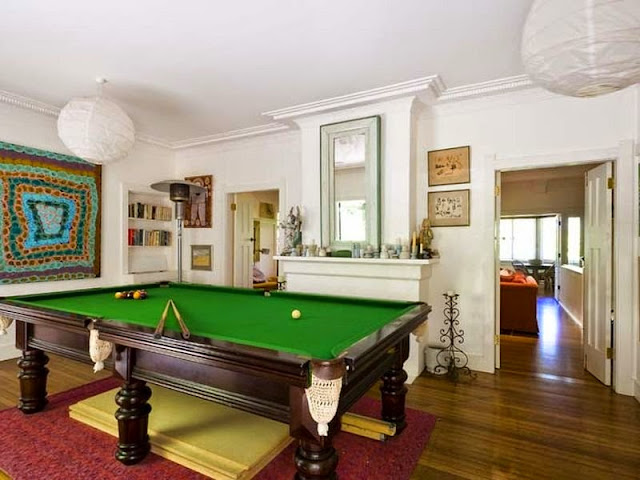 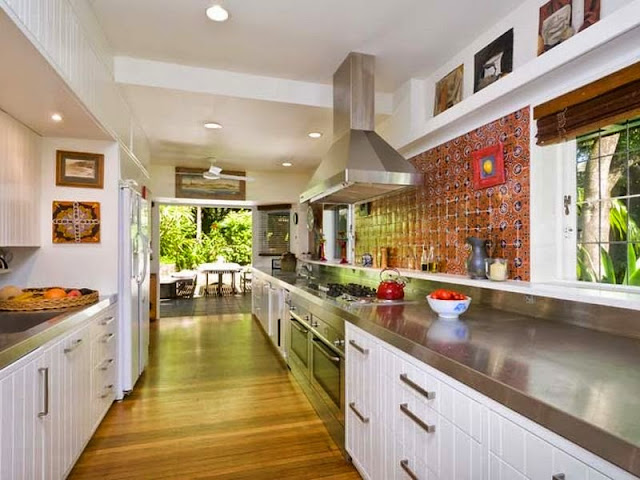 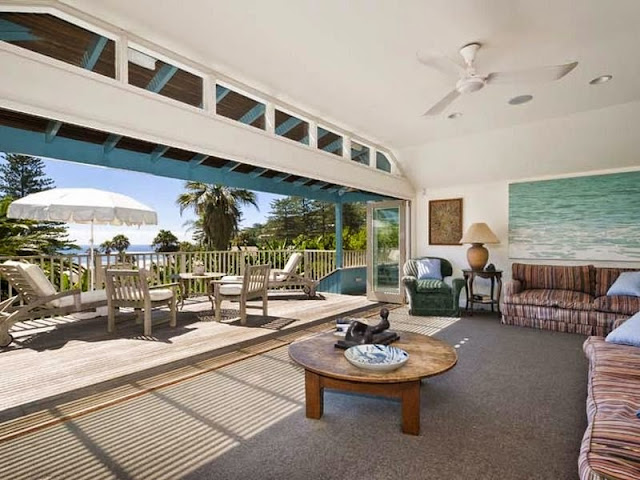 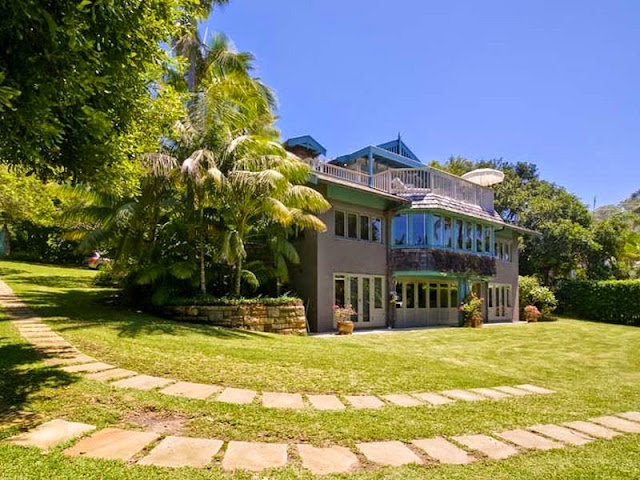 The merchant banker Jim Dominguez and his wife Suzanne have sold their Palm Beach weekender, Mandalay.

The merchant banking takeover of Palmie actually kicked off in 1988 when then Hunters Hill merchant banker Dominguez snapped up the double block for just $215,000. Jim Dominguez, then principal of Dominguez Barry Samuel Montagu, helped Sydney get its harbour tunnel.

The first signs of hedge fund traders came around 2005 and 2006, but it was following the global financial crisis that hedge fund traders became a dominant force within the buyers highlighted in 2010 when hedge fund manager Paul Henry and his wife, Belinda paid $14 million for the Hayson family’s lavish modern residence on a 1575 square metre block in Pacific Road.

The Dominguez’s aren’t actually leaving Palmie for good, just downsizing to an apartment instead in the Winten complex.