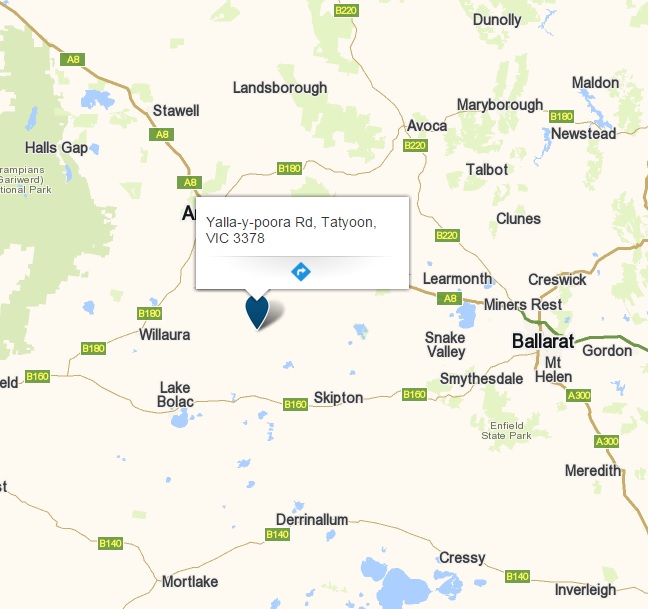 Yalla-Y-Poora is a large historic working farm in the Western District of Victoria.
The current homestead was built in 1905 in the Federation Free Style, after the original 1865 mid Victorian bluestone home was demolished due to damage caused by continued raising damp.
Yalla-Y-Poora is currently undergoing restoration.

Yalla-Y-Poora Homestead, Tatyoon, is a complex of station buildings built, it is believed, in the 1860’s for pastoralist John Ware, although the station dates from the 1840’s and has historical associations with the early history of the district. The station buildings are notable as representative examples of their building type and form part of a complex of bluestone structures notable for their distinctive detailing. 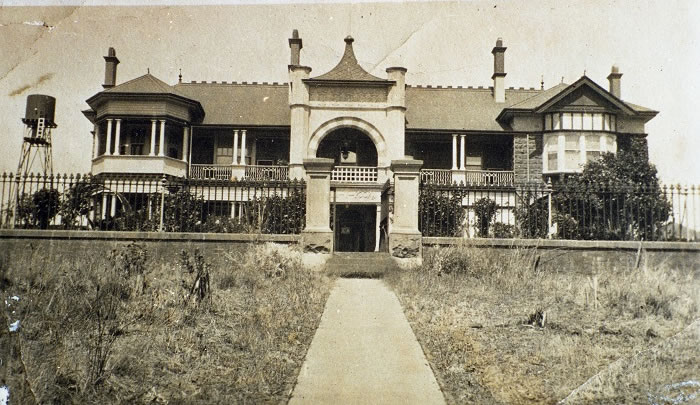 Manager’s bluestone cottage, Yalla-y-poora, Tatyoon, forms part of a complex of station buildings notable as a representative example of their building type, with historical associations with the settlement of the region and architecturally of consequence for their design and detailing.

The Smithy is a stone structure, constructed in random rubble bluestone. The single storey smithy has a gable iron roof with flatter pitches over presumably later extensions. The gable end is clad in weatherboards.

The Coach house and Stables is a single storied bluestone building. Symmetrical in elevation, the structure has gables at each end and at the centre, finial capped buttresses facing the central gable. Arched doorways, circular vents and gable cappings characterise the design.