Yes they are fussy buildings, but they’re also great fun to see!

Derived from English and American styles that revived elements from the domestic country architecture ofQueen Anne’s reign (1702-14), these picturesque Federation houses are deliberately complex, creating a kind of vigorous grandeur.

The Queen Anne (revival) style of period house lasted for the second half of the 19th century, from 1860 until 1900.

In Australia, the Queen Anne style was absorbed into the Federation style,

steeply pitched roofs, with at least one gable end facing the street and often an octagonal turret

The style as it developed in Australia was highly eclectic, blending Queen Anne elements with various Australian influences.

Some prominent examples are:

Caerleon is a two-storey Queen Anne home built in 1885 in Bellevue Hill, Sydney NSW. The house, was designed for a member of the Fairfax family, Charles B.Fairfax. The architectural design was English.

This house represents a rich example of Queen Anne elements:

These houses, although built around the same time, had distinct styles: 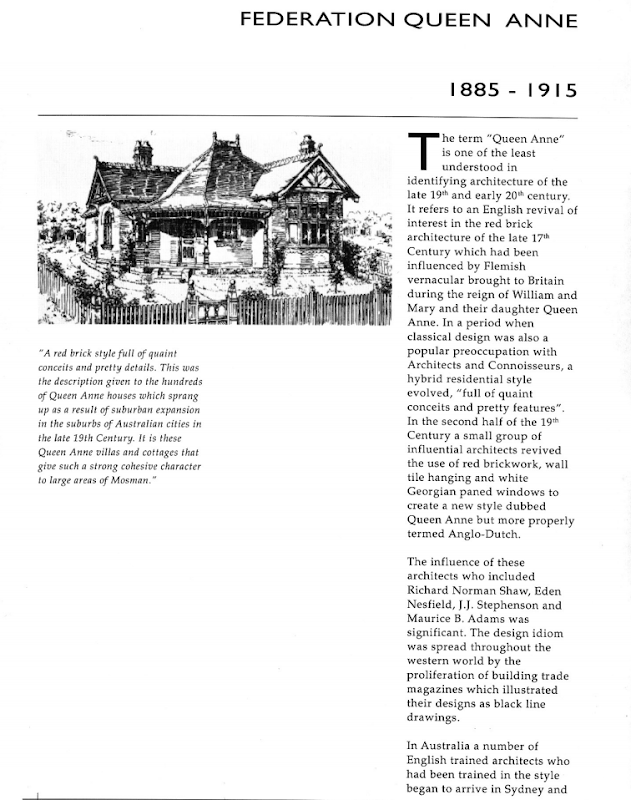 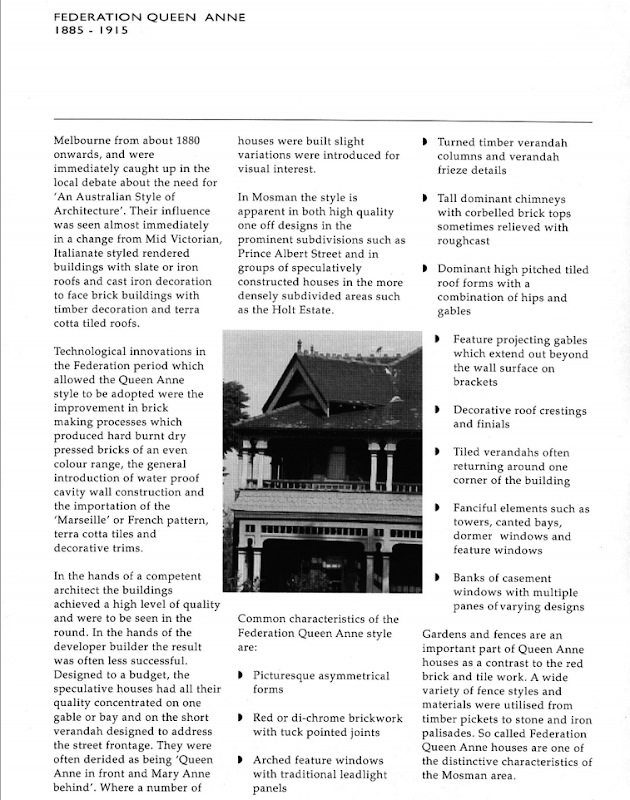 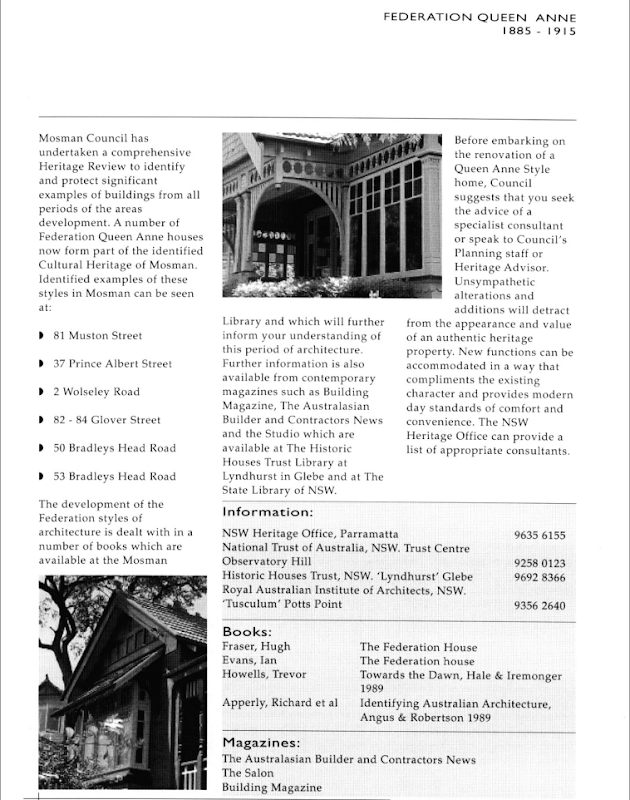