The homestead is built of local brick and is set on a base foundation of New England granite. There are large granite corners, solid brick walls, tallowwood timber flooring and rendered internal walls. Pressed metal ceilings are a feature throughout. 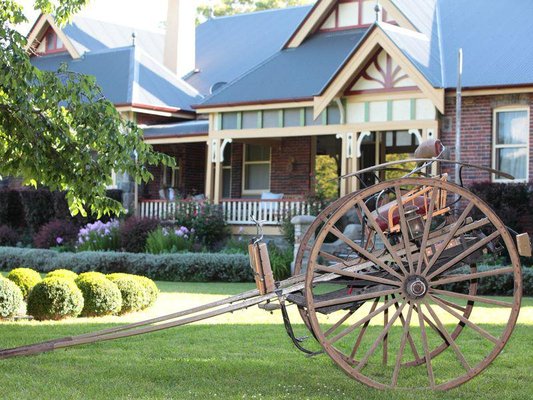 The property was first settled in 1836.

The current owners have held the property for ten years and have continued to improve the pastures, fencing and structural improvements.