Launceston is Australia’s third oldest city; it also has some of the country’s best-preserved architectural heritage.

St John Street Precinct Houses
The site of the Public Buildings in St John Street has had a continuous association with government uses since 1824 when the northern headquarters of the Colonial administration was transferred to Launceston from George Town. 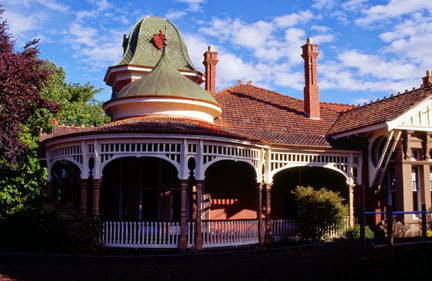 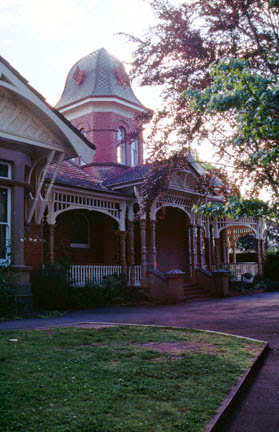 Condition and Integrity: In spite of being used as class rooms, building in excellent condition apart from insensitive additions at rear. –
Australian Heritage Database 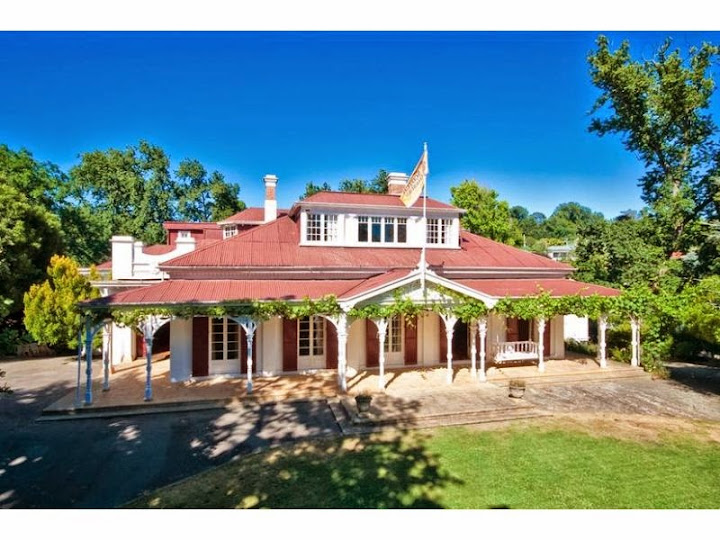 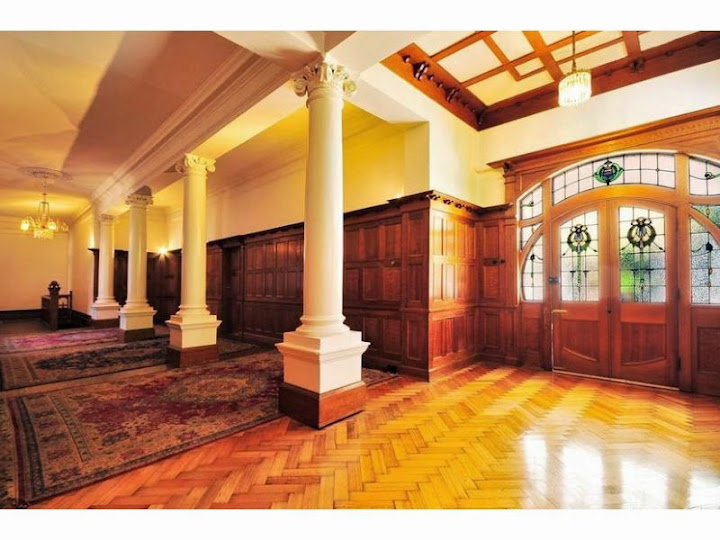 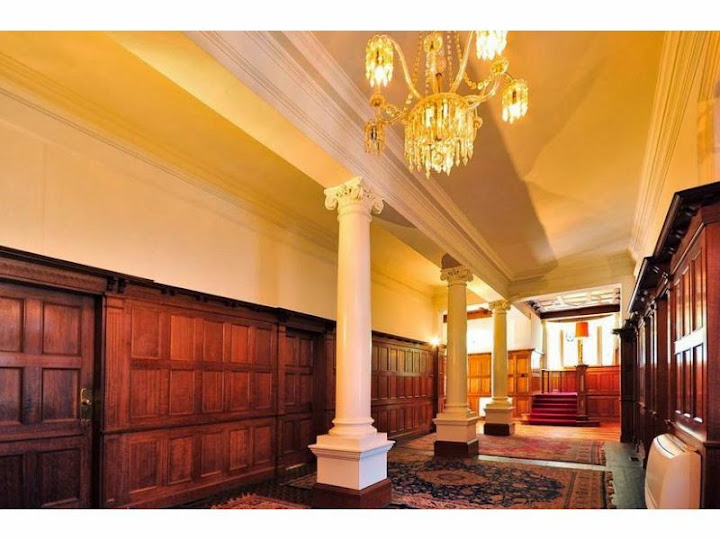 An excellent example of a Federation style house with many fascinating details including decorated barges and gable ends, highly decorative timber verandah with fine turned columns and balisters, frieze and bracing, projecting bay windows and extraordinary timber fence. The building is complemented by a good garden and is an essential townscape element.

A fine two storey brick Federation style house. It has terra-cotta tiled roof, decorated barge boards and wooden gable ends and finials. The eaves are bracketed and there is a two-level verandah with elaborate turned posts, balustrades and valences on three sides of the house. It has a projecting corner bay window (with its own gable end) at both levels. The windows have flat-arched tops and brick lintels. One has a stuccoed balustrade over a ground floor bay window.

A high quality townhouse from the turn of the century exhibiting many of the features from the Federation style vocabulary including terra cotta decoration, corbelled chimneys, half timbered gables, decorative timber bawustrades, corner bay window with turret roof, leadlight windows, oriels and timber fence. The building is intact and is a powerful streetscape element.

A large two storey brick and stucco Federation style house. It has the full range of features typical of this style :- tiled roof with ridge decoration, elaborate corbelled chimneys, gable roofs with half timbered, bracketed ends, decorative timber bawstrrades, a corner bay window with a turret roof, leadlight windows and tiled entrance porch, it has a fine leadlight front door with keyhole shaped side windows and transom light. The front fence and gate are also intact.

The buildings represent an excellent example of one of the rarer types of Federation period buildings – the conjoined house. Both houses are original and intact and show refined picturesque heavily modelled facades.

Fairlawn is significant as a house, complete with contents, in a garden setting, which provides a comprehensive document of domestic and social life of a substantial middle class family in early twentieth century Launceston. The house is a noteworthy example of the Queen Anne style of architecture, with an elaborate exterior generally characteristic of the style, and a particularly rich interior design.

The influences of English and American Queen Anne styles, as well as some uniquely Australian features, are evident in the Federation Queen Anne architectural style, which was dominant in domestic architecture immediately before and after 1900.

This is a fine example of a grand Federation period house which dominates one of Launceston’s main arterial roads, making a dramatic impact on the overall streetscape.

02/01/2012 For Sale Over $999,000
Werona is one of Tasmania’s most exquisite heritage bed and breakfast accommodation and offers magnificent views from the garden and balcony, of the Tamar River and surrounding Tamar Valley. 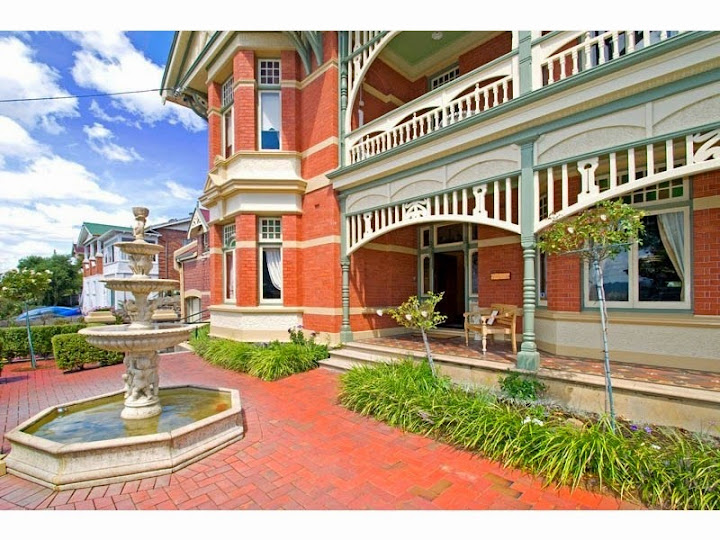 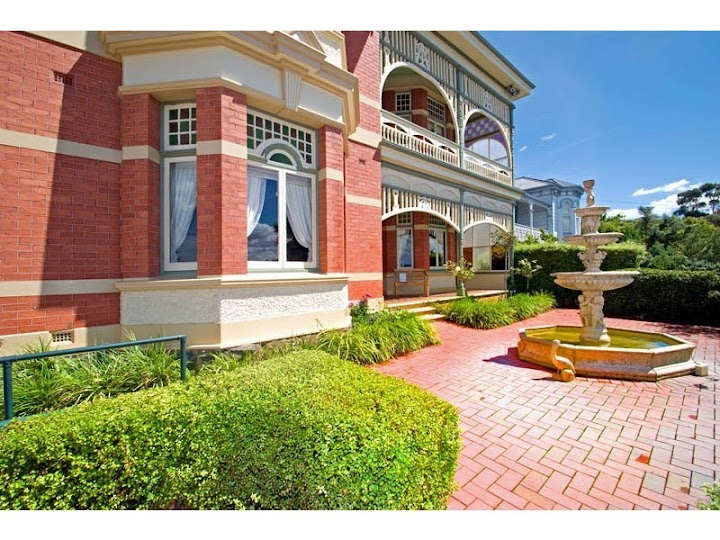 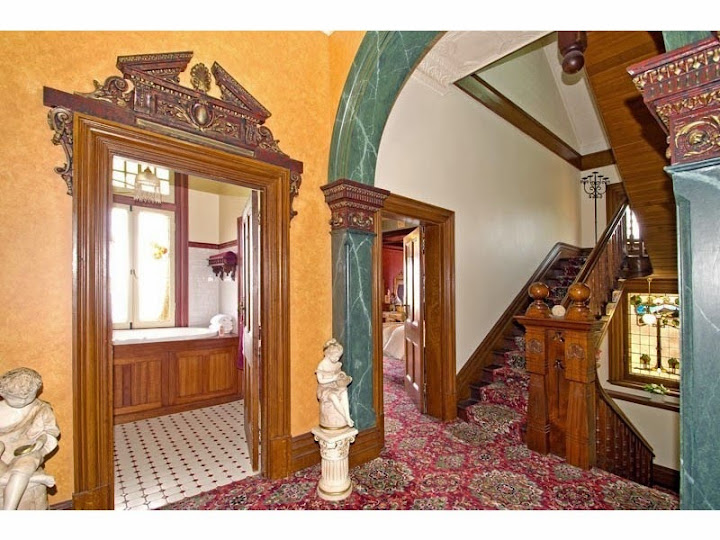 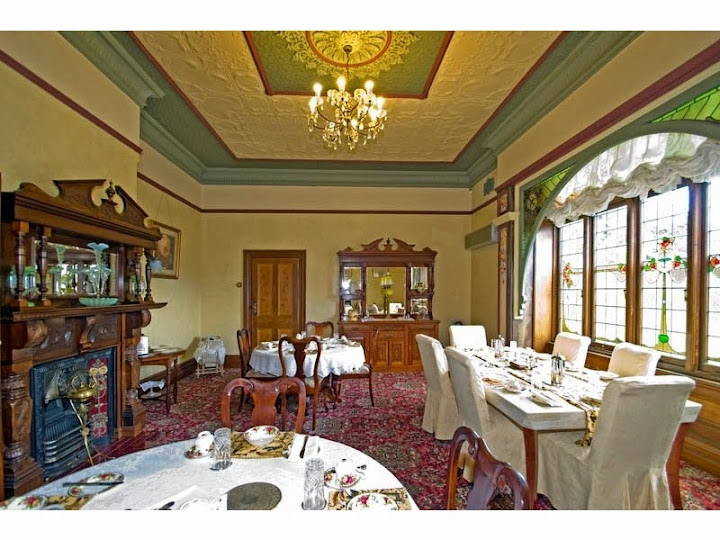 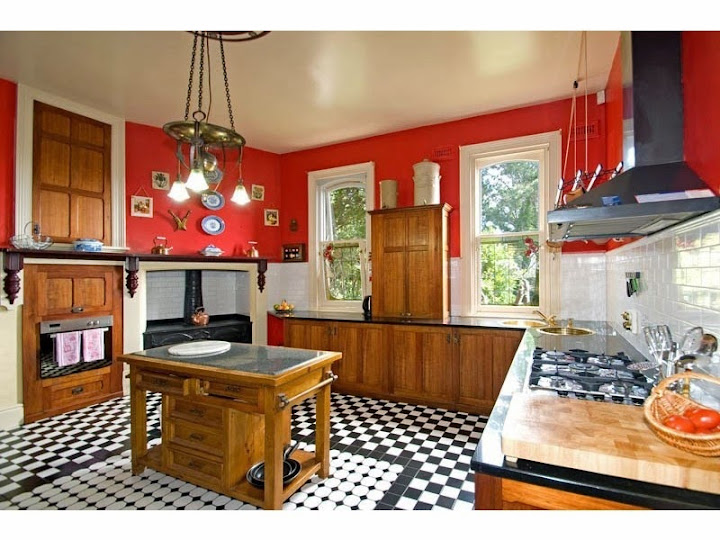 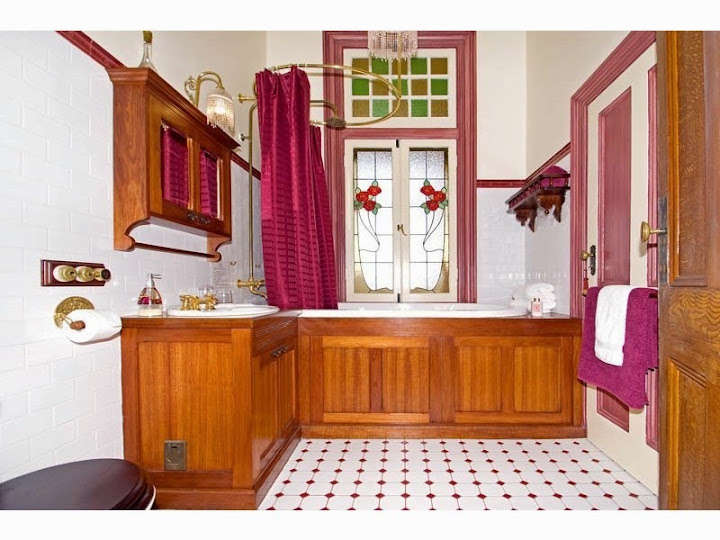 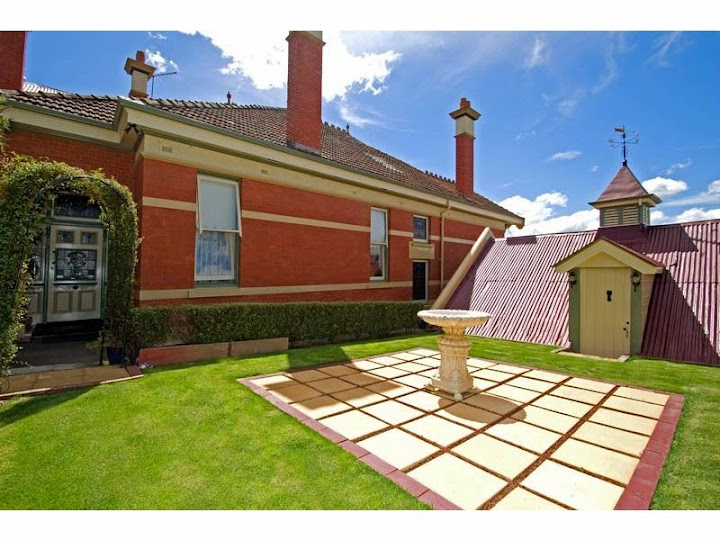