Founded in 1806, Launceston is the nation’s third-oldest city with a fascinating history traced in its beautiful old buildings and streetscapes dating from early Colonial and convict times to Georgian,Victorian and Federation eras. These beautiful buildings are kept alive with business and social activity and careful development control.

The Northern Tasmanian mineral discoveries of the 1870’s, and their subsequent exploitation by predominantly local companies, had, within a decade, noticeably affected the building industry in Launceston.

Launceston’s Federation suburbs mushroomed after the mineral boom of the 1880s and to a large extent remain intact today.

From the 1890s, buildings in the ‘Queen Anne’ fashion acquired Art Nouveau features.

In the twentieth century, the traditional qualities of small scale, economy, and attention to detail continued, although detailing was sometimes inconsistent but rarely without interest.

In Elphin Road, East Launceston, the spacious allotments and wealthy inhabitants nurtured the architectural exuberance of the Federation style. The two architects whose work dominate this Elphin Road area are J. Martyn Haenke and Thomas Searell.

In 1903 Searell was designing Kilmarnock for John Ingles, the only two storey building in the group; Its situation on the high side of the road reinforces the dramatic sweep of the design of this imposing building.[6]

Kilmarnock House was built in 1905 as a townhouse for John Ingles, a well-known Launceston merchant. The completed cost, as charged by J & T Gunn, was a moderate 1588 pounds, 15 shillings and threepence. Last offered for sale over 33 years ago, this beautiful home was sold for $930,000 on Tue 23-Dec-2014. – Listing; Registered on the National Estate. Operated as a 4-star hotel.
.
.

This is a single Storey Federation period house, brick with tiled hipped roof, with an octagonal mansard roofed tower above entry and onion dome above circular bay.

The architect Harold Masters was instrumental in developing much of Launceston’s Federation era architecture. 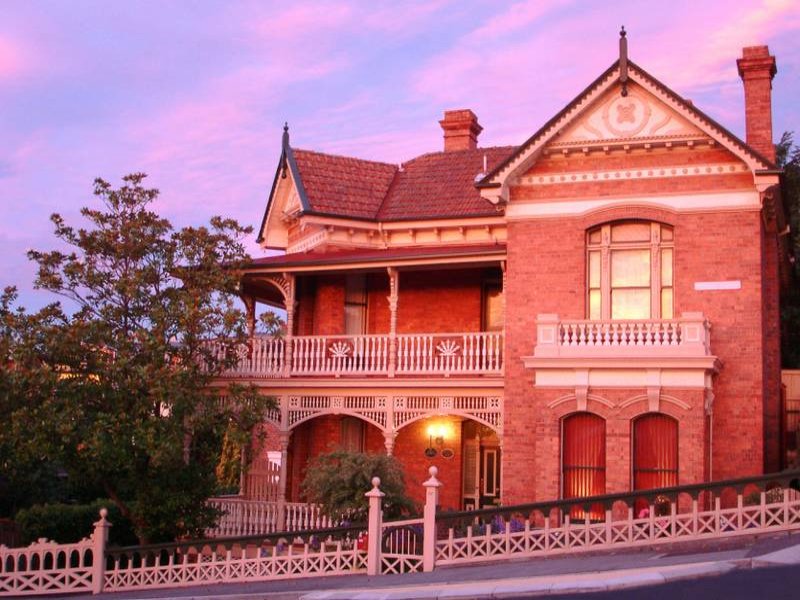 Launceston had excelled itself by being in 1895 (after eight years of deliberation) the first city in Australia to install hydro electricity. While for some years the benefits were seen to be primarily improved lighting and industrial motive power, domestic devices began to filter through.

There are also many more timber buiIdings in this period than might be expected, although there are two explanations for this:

Most bricks used on buildings of the 1890s in Launceston bear the markings of Cornwell’s successors either Jory & Cambell or just Campbell.

Architects of this period were developing a new sense of space. Houses, instead of being facades with rooms attached to the back, were designed three-dimensionally. Spaces within rooms were experimented with, as was communication between them.

Builders picked up the superficial detailing of the new Federation style but, on the whole, failed to understand the new concepts of space (as, it must be admitted, did many architects).

Perhaps the first of these houses was that in Trevallyn noted by “Observer” 1884:
“…Mr Alex Young is erecting a very neat and picturesque cottage of a novel style of architecture known asQueen Anne“. 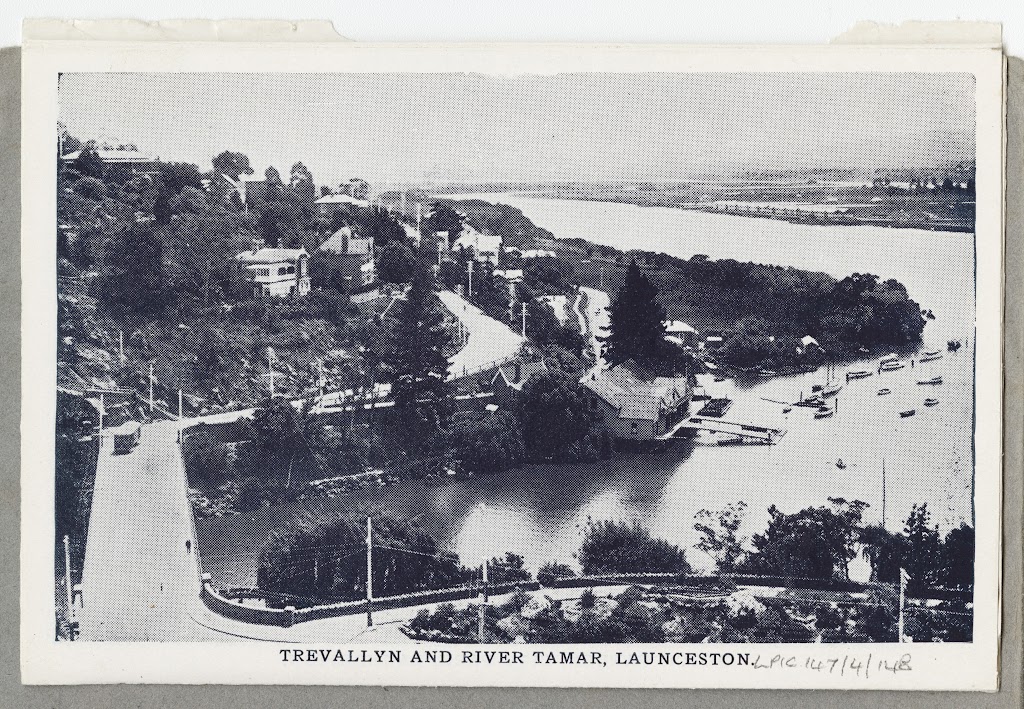 (Population: 3,000) Invermay is becoming a cultural centre for Launceston. It is close to the Launceston CBD and home to the University of Tasmania’s drama school, the museum and art gallery and York Park, which features local and AFL football games. The suburb also offers a variety of shops and a boardwalk which runs through the historic site of Inveresk. The area has many character homes.

A prestigious area close to the Launceston CBD. Incorporates many of the city’s exclusive homes and is known for its quiet leafy streets. Nearby facilities include the Windmill Hill Swimming Pool, shops, doctors and private and public schools.

(Population: 2,250) A prestigious area close to the Launceston CBD. Incorporates many of the city’s exclusive homes and is known for its quiet leafy streets. Nearby facilities include the Windmill Hill Swimming Pool, shops, doctors and private and public schools.

(Population: 4,370) One of Launceston’s upmarket areas with many exclusive homes. It is close to the Launceston CBD and nearby facilities include a swimming pool, shops, doctors and private and public schools.

(Population: 3,250) Ideal for families, university and TAFE students, Mowbray is close to a large modern shopping centre, schools and the University of Tasmania. Located five minutes north of the Launceston CBD this affordable suburb is also home to the local greyhound and racing tracks.

(Population: 3,750) To the south of Launceston, Kings Meadows is a growing suburb with good facilities including a large shopping centre, supermarkets, cafés, schools, golf course and gym. On convenient local bus routes and only five minutes from Launceston CBD, the suburb offers a mix of older homes on the flat and newer properties, with panoramic views, on the higher side.