Home is where the houses are … Mosman, the suburb of the merchant bankers.

The merchant bankers’ Mosman merry-go-round is a feature of the Mosman property market.

More on the Merchant bankers of Mosman

During the depths of the 2008 and 2009 financial crisis, the property purchases that followed executive bonuses virtually disappeared, estate agent John McGrath said.

Stephen Bellotti, the head of global fund managers BlueSkyCapital, has made a $9 million plunge back into the Mosman market. His Iluka Road purchase – which had $12 million expectations on its initial 2008 listing – comes 13 years after offloading his last Mosman house for $1.8 million.

Examples of the ‘Mosman Mansions’ owned or sold by Merchant Bankers:

“The Macquarie Bank boss Nicholas Moore and wife Helen, who are upgrading to a $13.15 million contemporary harbourfront home on Middle Harbour, have sold their Federation Mosman house.”

The kitchen was rustic style with marble benchtops, Miele dishwasher and dual oven. There was scope for a pool, the marketing suggested.

The property also has a cedar climate-controlled wine cellar and separate self-contained accommodation for guests. Occupying an incredible 2,244sqm double parcel amid breathtaking park-like grounds, this Federation Queen Anne Style c1910 family estate is a truly once-in-a-lifetime offering of palatial proportions and timeless period appeal. It is positioned within a walk of Clifton Gardens. Built by Smith & Cabban, this 1903 grand two-storey sandstone and brick “Merchants ” home, has been tightly held by the same family for 48 years and offers an exceptional opportunity to put your stamp on a valued family estate.

‘Rona’ is one of Mosman’s grand merchant homes, impeccably restored and modernised under the guidance of acclaimed architect Michael Suttor. Back in 2008 Eddie Listorti, then the head of fixed income currency and commodities capital markets with Dresdner Kleinwort Bank in London, and his wife, Melanie, had their Bayview property for sale. More than $4.2 million had been expected for the 4,047 square metre property with views over Pittwater’s Salt Pan Cove which sold at $2.82 million in 2009.

Listorti reports to former Dresdner colleague, Steve Bellotti, who took up the post of managing director global markets at ANZ also in 2010. He too owns at Mosman and Palm Beach.

Nigel Smyth, an executive director at Macquarie, and his wife, Diane, upgraded from Clifton Gardens to Balmoral’s golden mile and its premium Sydney Head views, but pocketed $1.7 million in the process.

Built Circa early 1900’s with magnificent street appeal, this majestic harbourside manor commands an exclusive and rarely seen north easterly vista from the Sydney Heads to the main harbour and Eastern Suburbs.

A magnificent architecturally significant residence with a spectacularly unique perspective of Sydney Harbour within a prestigious peninsula setting close to Mosman village, beaches and elite schools. Ear, nose and throat surgeon GLEN CROXSON and wife TRISH listed their Mosman merchant mansion, Lairdwell (pictured above), in 2012 through Gotch Real Estate. It was last traded in 1995 when bought from McIntosh stockbroker PETER MEURER for $1,275,000.[4]

This beautiful early 1900s residence is surrounded by landscaped gardens and sits on one of Mosman’s finest streets.

Stately, Grand, Simply Magnificent!
This grand, super-sized merchant’s mansion has all the style and elegance typical of its “Queen Anne” Federation heritage, plus all the essentials for today’s energetic family. One of Mosman’s Finest Federation Homes

Ardagh has had only five owners in a rich 110 year history, “truly one of the North Shore’s finest family estates.” (Built 1905) It had initial $15 million hopes through Brendan Warner of Raine & Horne Mosman, but is now listed through Richard Harding at LJ Hooker.

Tightly held for over 20 years and neighbouring some of Mosman’s finest residential real estate, this was a rare opportunity to become established mere moments from picturesque harbour beaches, Taronga Zoo, Mosman village shops and a selection of schools. “Undoubtedly, One of Sydney Harbour’s Finest Family Estates on around 2,250sqm

“An Estate of this calibre only comes up once in a generation. Fusing early 20th century grandeur with 21st century ease and informality this magnificent Smith and Cabban mansion C1906 is a true Mosman thoroughbred. 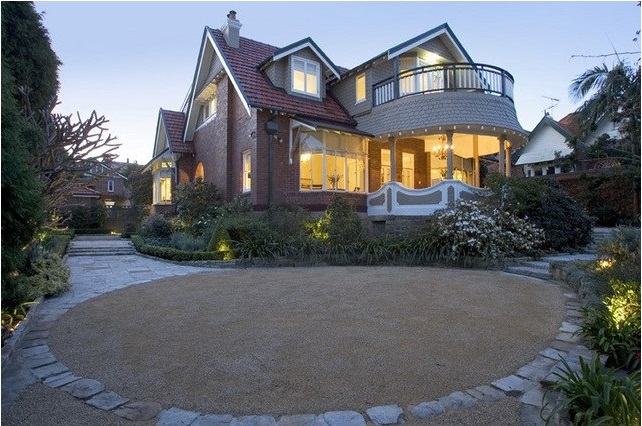 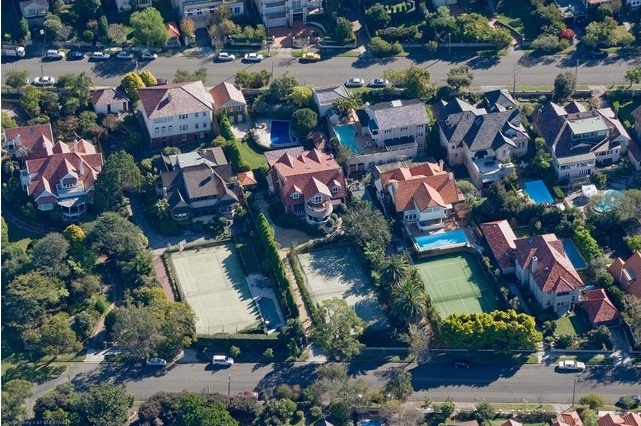 “A prized Clifton Gardens estate of around 2250sqm that stretches from street to street with two 26m frontages, tennis court, swimming pool, sandstone entertaining terraces, level manicured lawns and beautiful landscaped gardens The impressive totally renovated two storey home with separate studio offers space and elegance on a grand scale plus iconic views of Sydney Harbour from both levelsit’s a complete family lifestyle, all with in walking distance to Clifton Gardens Beach, the ferry and everything special that Mosman offers. 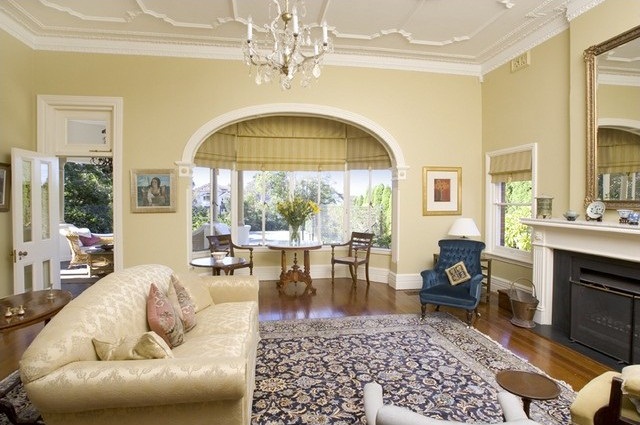 “Polished floors, archways and 14 ft decorated ceilings enhance the airy spaciousness of the huge double reception rooms which open to the covered semi-circular verandah that overlooks the tennis court imagine hosting a large formal party that spills effortlessly from room to room or enjoy a cool sundowner while watching the children on the court on a late summer’s afternoon It’s an all seasons home focused on the sheer enjoyment of living here.