At the turn of the century, rows of shops and Federation architecture homes were built in Mosman which is primarily a residential suburb.Federation era houses predominate but there are also other styles ranging from Californian Bungalow to modern townhouse and apartmentbuildings.

Mosman is named after Archibald Mosman (1799–1863) and his twin brother George, who moved onto a 4-acre (16,000 m2) land grant in the area in 1831. They were involved in shipping, and founded a whaling station on a bay in the harbour, which became known as Mosman’s Bay.

Mosman’s residents continue to be allowed to use the following traditional locality names if they wished:[2]

Federation Queen Anne/Arts-&-Crafts. This is a large and imposing dark-brick residence, located on a broad site addressing Iluka Road at the bottom of the slope of Morella Road.[5]

The Manor, at a habourside location in Clifton Gardens, is a large mansion loosely in theFederation style. Built circa 1911 by a Mr Bakewell as an eight-room cottage, it grew to over thirty rooms, most of which were lined with beaten copper. It was known locally as Bakewell’s Folly.[21]

Its form is unusually linear in character and its architecture displays features of one of the most historic of Mosman’s styles. Said to be the largest house in Mosman.

In the 1920s, the Theosophical Society rented and then purchased The Manor, which was regarded as a great “occult forcing-house”. It became an important centre for the Society and is still used by them today. The English writer Mary Lutyens, who stayed at The Manor in the 1920s, described it as “a huge and hideous villa.”[22] 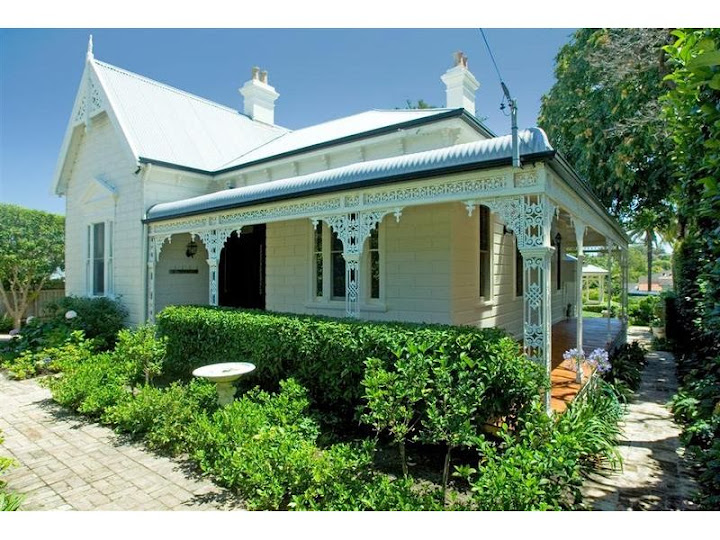 “An irreplaceable piece of Mosman’s history; a unique, light-filled family home with traditional corrugated iron roofing, bull-nosed return verandah and iron-lace embellishments. Perfectly private, surrounded by country-cottage plantings of roses and gardenias, it’s so serene and appealing, you’d think you were in Bowral! 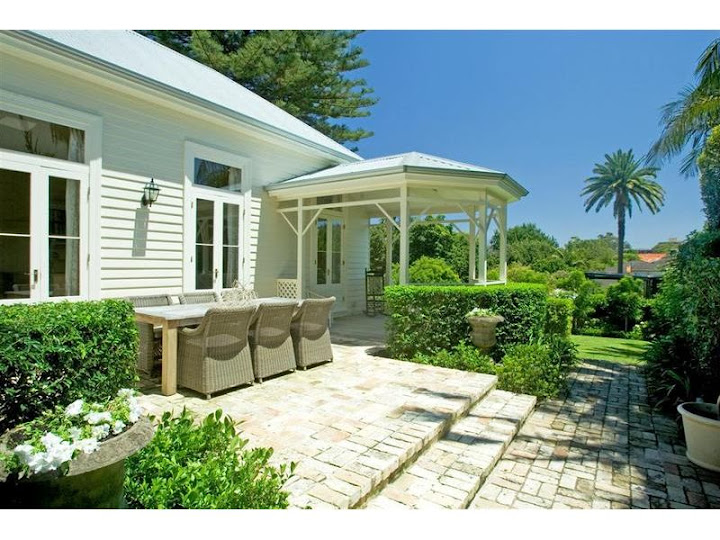 “A sympathetic renovation has maximised northerly light and a generous 754sqm block to create a stunning home that’s relaxed and easy-to-live in, both indoors and out. To suit your needs, the large formal sitting room is complemented by a vast open plan casual living and dining with 12ft ceilings and multiple French doors that lead to the paved terrace, gardens, the gazebo and large level manicured lawns … plenty of room for a pool. 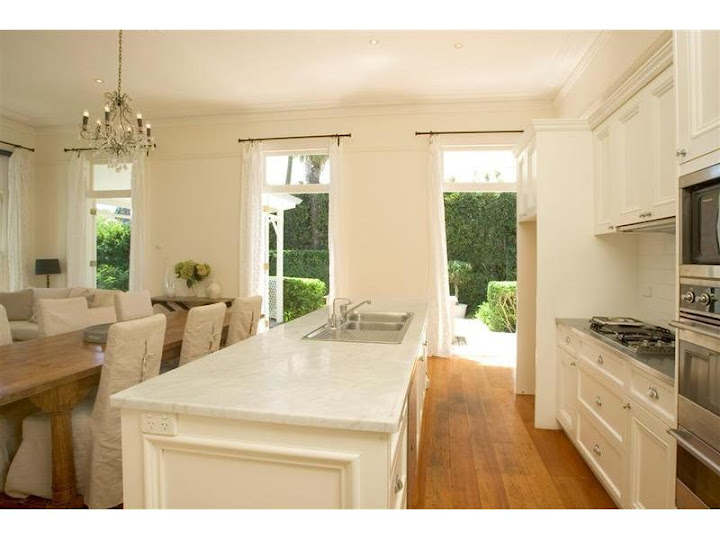 “The kitchen interacts with the living and features marble and stainless steel benches and has direct access to the garage. The peaceful study also overlooks and opens to the North facing terrace surrounded by mature green gardens. The laundry connects to the large cellar and storage area.”

A fine example of the Federation Queen Anne style and representative of the quality and scale of development on the high side of Prince Albert Street, especially on a prominent corner site.
Large single-storey Federation Queen Anne residence of face brick on a sandstone block base, with a hipped terracotta tile roof. It is located on a corner block and has a gabled bay projecting to each of the two street facades with a third diagonal gablet on the ‘piazza’ corner of the L-shaped verandah.

Federation Queen Anne/Arts-and-Crafts. These houses are interestingly similar but not identical versions of the Federation period semi-detached form. They are brick-built with tuckpointed fronts and hipped terra-cotta tiled roofs. 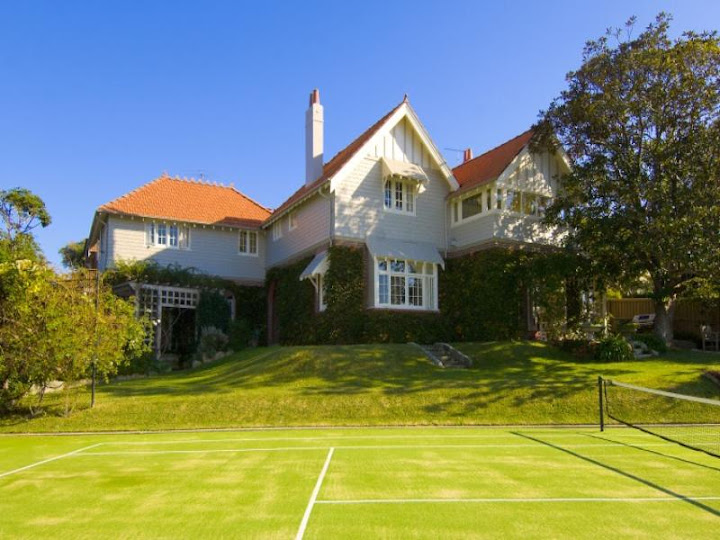 “A rare Sydney example of a residence designed by the noted architect E. Jeaffreson Jackson around the turn of the century (1900) in the shingle (Federation Arts & Crafts) style displaying a North American influence. The house is essentially intact and retains most of its original external detailing and materials including its timber shingles, casement windows and terracotta tiles. The house is complemented by its tennis court and street tree planting of brush box (Lophostemon confertus) trees. (Branch Head’s report no. 203/79, 18/9/1979, modified by Read, S., 25/5/2007).
“Jeaffreson Jackson was an influential and innovative architect in the area of residential designs with examples of his work appearing in Arts and Architecture and other leading magazines of the day.”
“No. 28 Mistral Avenue is sited opposite that of another house designed by the same architect producing an important group relationship. Both houses are essentially intact and located on corner sites, this combined with their two storey height, similar style, distinctive designs and landscaped setting of extensive lawns produces an interesting townscape element”[7]

There are almost 500 Heritage Items and Archaeological Sites and 11 Heritage Conservation Areas listed in Mosman.

Maps are available for each of the 11 Heritage Conservation Areas within Mosman.

The merchant bankers’ Mosman merry-go-round is a feature of the Mosman property market.

Two examples of the ‘Mosman Mansions’ owned or sold by Merchant Bankers:

The Macquarie Bank boss Nicholas Moore and wife Helen, who are upgrading to a $13.15 million contemporary harbourfront home on Middle Harbour, have sold their Federation Mosman house. 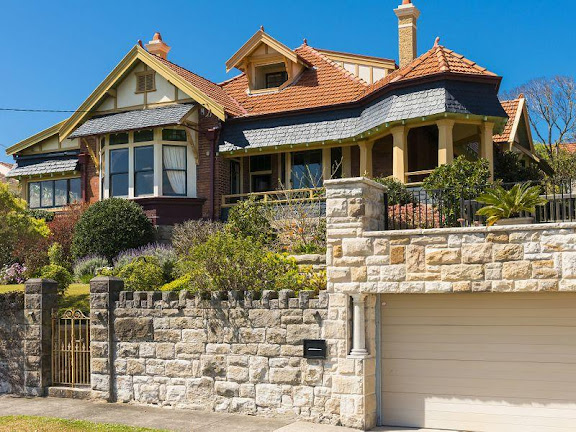 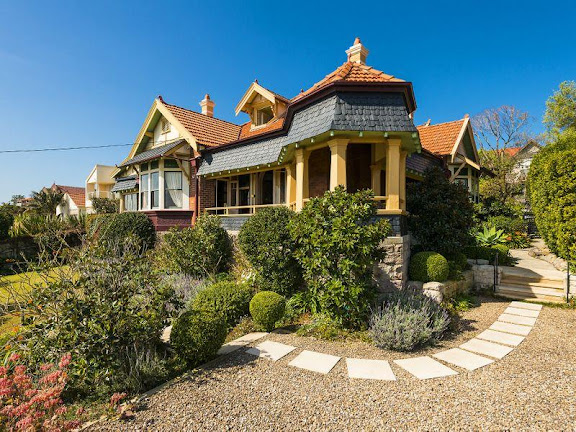 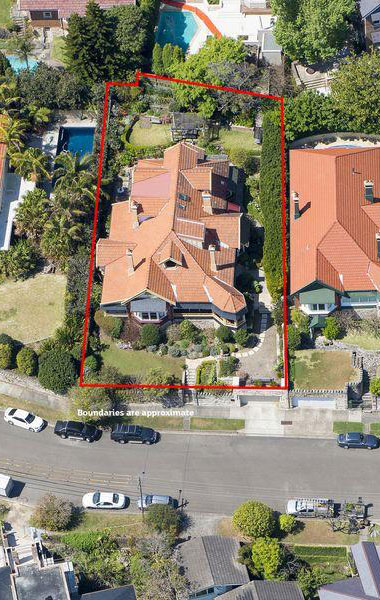 Some of the fascinating Federation Heritage of Mosman:

1905 Federation house on the Balmoral slopes.