Kirribilli is a one of the Sydney’s most established and affluent neighbourhoods, it is a harbourside suburb, sitting on the Lower North Shoreof Sydney Harbour.

is a rare example of a mid-Victorian house in its original curtilage. A fine substantial period dwelling which is associated with a local Alderman and which has been little altered. Owned by one family for nearly a century. This building is designed in the Victorian Regency style.

Two storey stone and brick house with hipped slate roof[1] . Two storey verandah on north side. Mature garden and stone boundary wall. Built 1874 for Nicholas McBurney, a Writing Clerk and Alderman on the first Council for North Sydney in 1890. He was bankrupted in 1893 and the property passed to his wife. It remained in family ownership until 1971 and the property has remained intact to the present day. 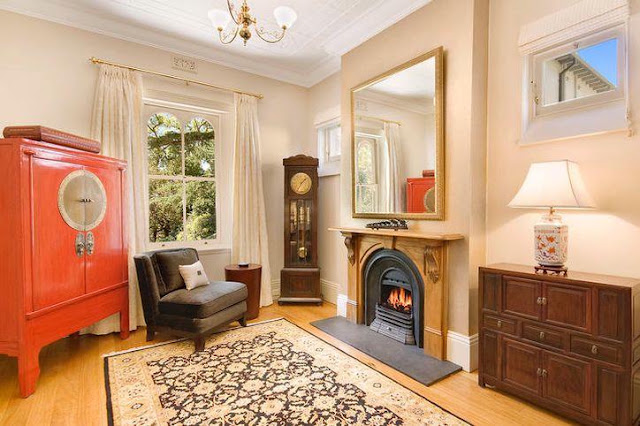 “Grand proportions[2] , refined features and a premier address characterise the heritage ‘Burnleigh’ c1875. Occupying an impressive 835sqm north facing block with beautifully landscaped grounds, it is one of Kirribilli’s most significant homes and a residence of immense character. 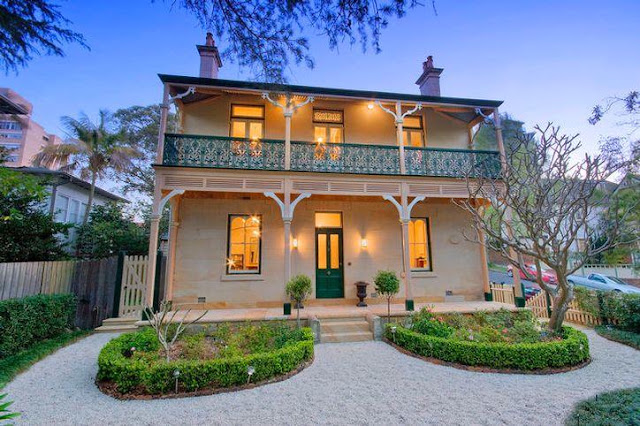 17 Holbrook Avenue, Kirribilli, NSW 2061, This building is designed in the Federation Free style. 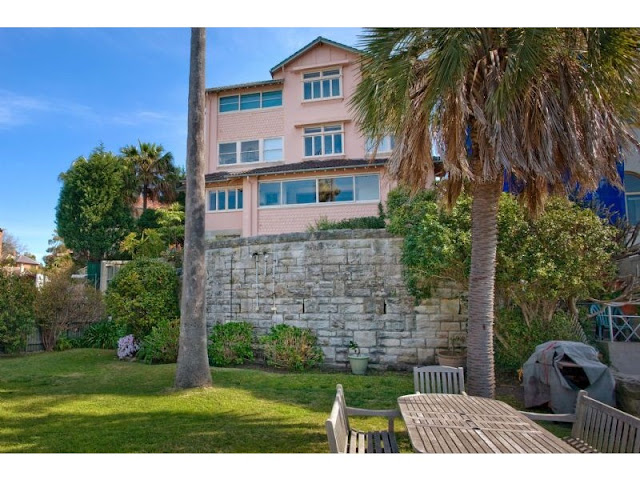 A predominantly three-level rendered brick apartment block on a rusticated stone basement with a terracotta tiled multi-hipped roof with projecting gables over rectangular projecting window bays. Side entrances have semi-circular arches with stone voussoirs. Sills and lintels are of moulded concrete and window bay wall areas are shingled. The foreshore garden is terraced in sandstone with an interesting curved and balustraded seawall and boat ramp. 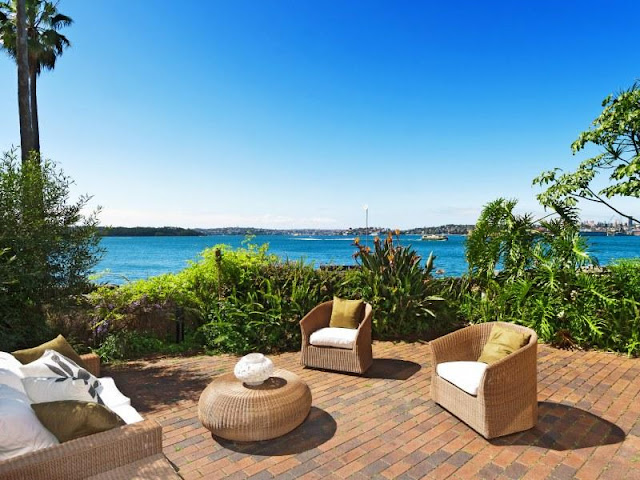 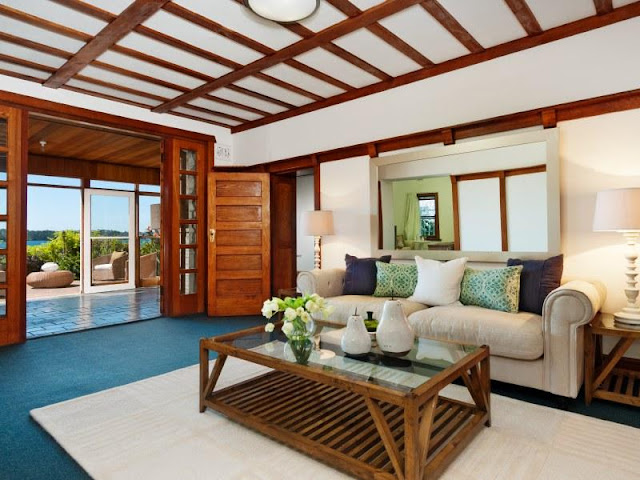 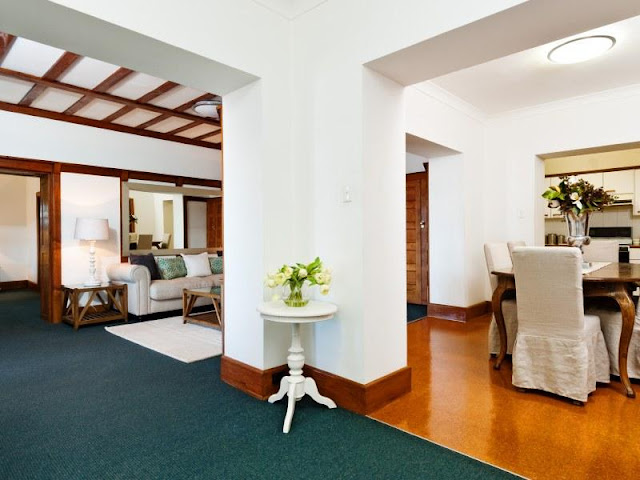 There is abundant storage cupboards throughout and bespoke cabinetry in the master bedroom. 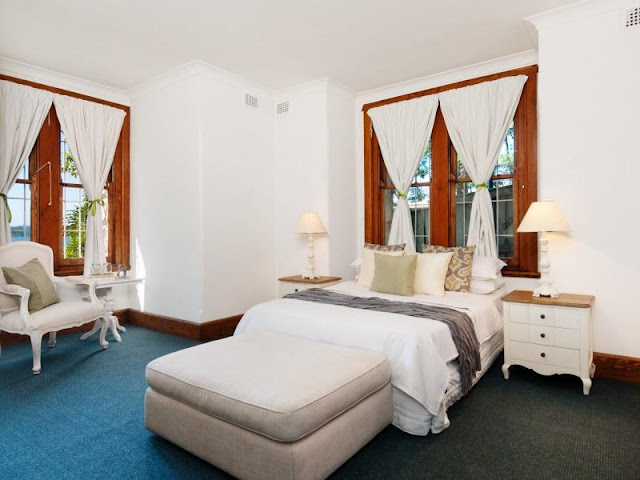 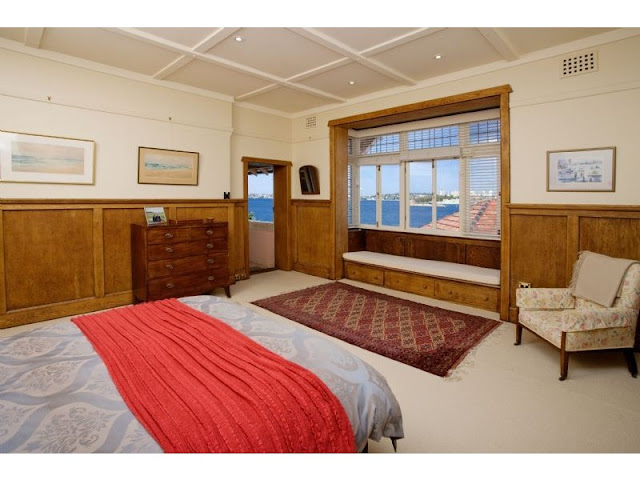 In addition to the apartments superb alfresco terrace a lower level communal terrace capable of accommodating the largest of gatherings sits above the water offering exceptional unimpeded 180 degree harbour panoramas. 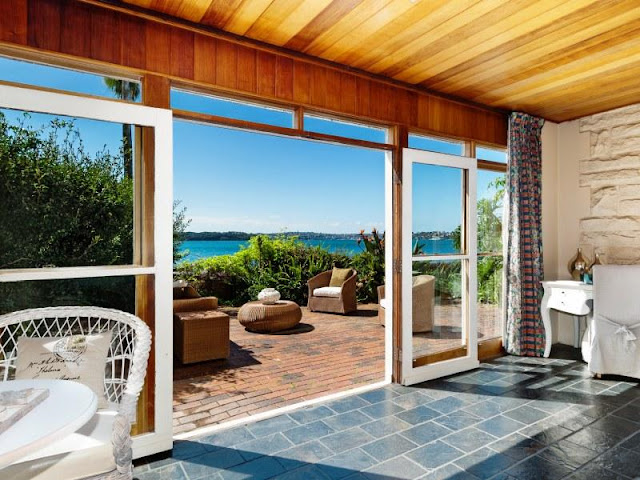 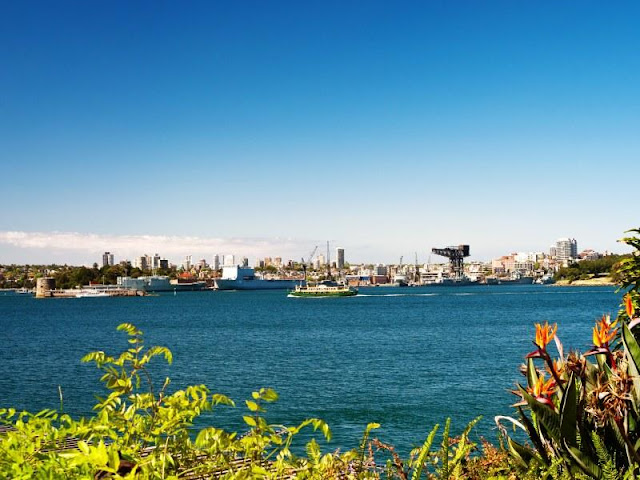 “One of the prized jewels in Sydney’s harbourfront crown, this elegant older style security building stands timelessly resplendent and immaculate. 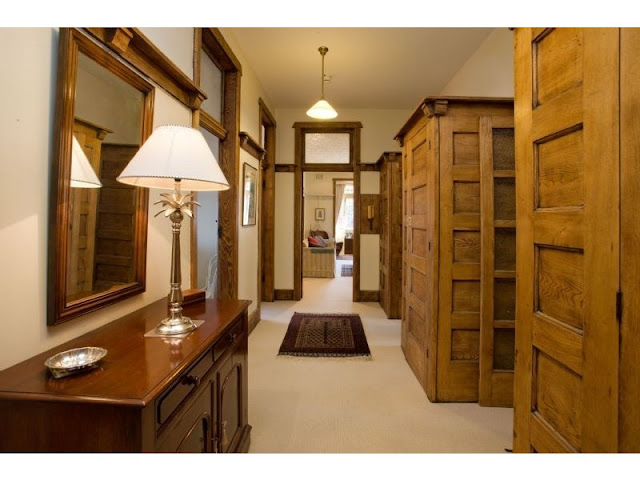 Graced with exquisite period detailing and level lawns nudging the harbour’s edge with its own private jetty, it covers an impressive 146sqm on the top floor of an exclusive arrangement of only 7. 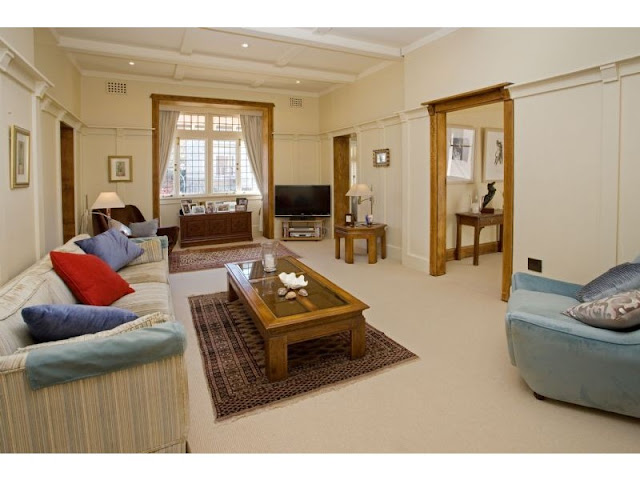 Restored with integrity and styled with taste, it is focused around grand formal living areas and a wide balcony with point blank harbour views from Mrs Macquarie’s Chair to the Eastern Suburbs and Bradleys Head. 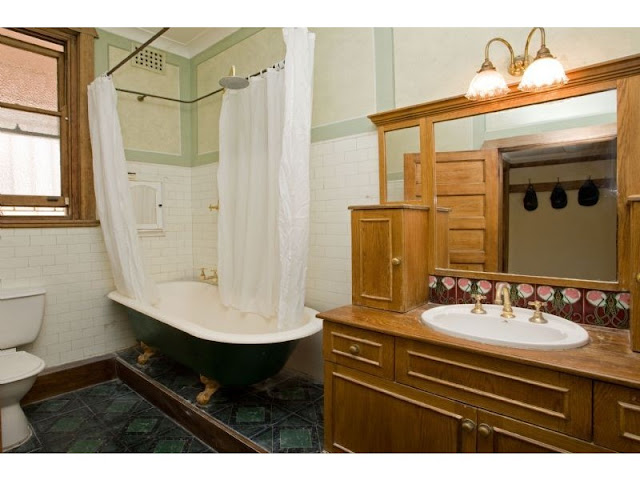 With soaring ceilings and exposed original timbers throughout, it features a modern timber and s/steel kitchen with gas cook tops, 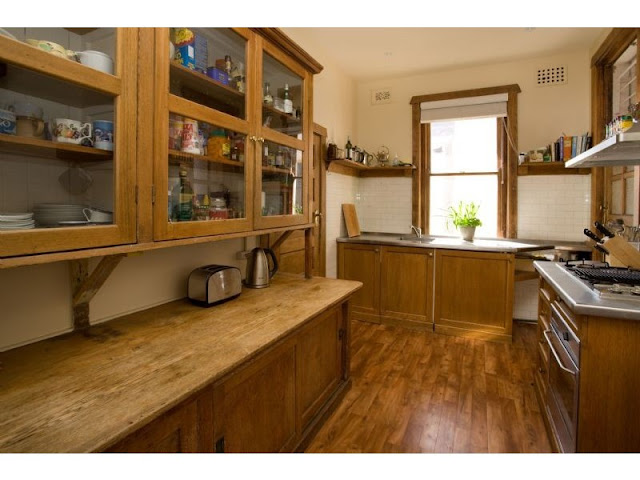 A good example of a large Federation period residence. It is in a row of individualistic though similar federation buildings which together show the variety of this style.

This building is designed in the Federation Queen Anne style. Asymmetric three storey house with attics and basement of brick on stone foundations with terracotta multi-gabled roof. Timber shingles to verandahs, rough-cast stucco gable ends, timber verandah posts and railings and a semi-circular entry to the basement are some of the features. Attached at the rear to a three-storey extension to the north.

A group of Federation houses obviously built as a single development in the early twentieth century, which are well detailed and representative of this type. An important streetscape element in the vicinity and a major visual relief to the surrounding flats development. Important as part of the diversity of building types in the area. Group is evidence of developmental history of the vicinity.

A group of five federation brick houses, three being single storey semi-detached bungalows and two two-storey houses arranged as flats, occupying the western half of a large suburban block. The three bungalows are virtually identical along the Kirribilli Avenue frontage, each being divided longitudinally into two houses. The two are similar but No. 12 has a side frontage to Waruda Avenue with entry to the house at the corner of Waruda Avenue and Waruda Street. 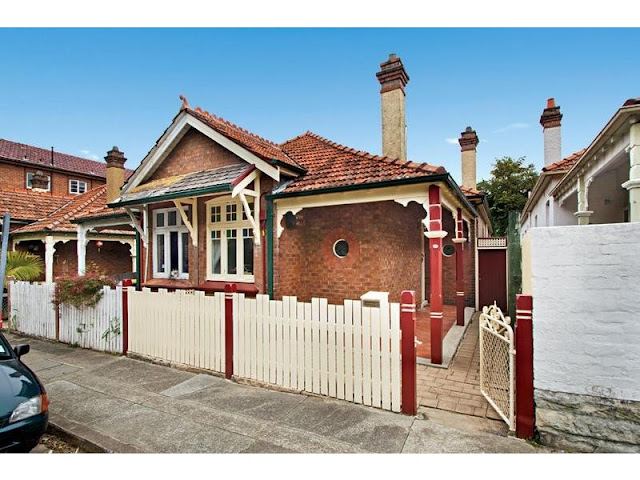 “Brimming with period features, this full brick Federation semi is a true delight. Peaceful and private, it offers light-filled interiors, indoor/outdoor entertaining and a flexible floor plan. Boasting a prestigious address, a stroll to Kirribilli Village shops and cafes, bus, rail and ferry transport, excellent schools, foreshore reserves and the foot of the Sydney Harbour Bridge, this delightful home is ready to move straight into and enjoy. Perfect as is, this property offers scope for further enhancement 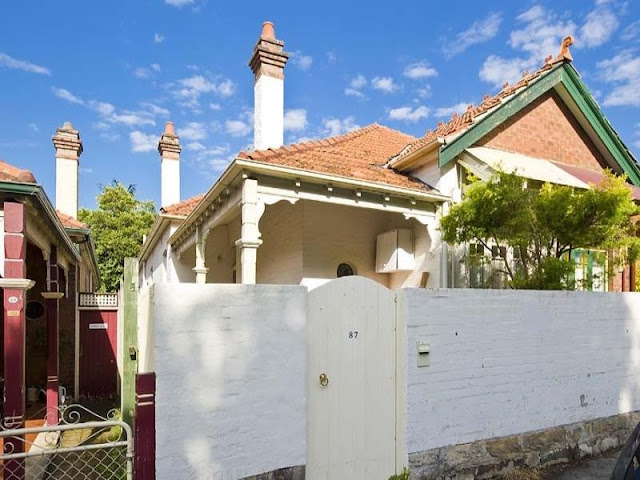 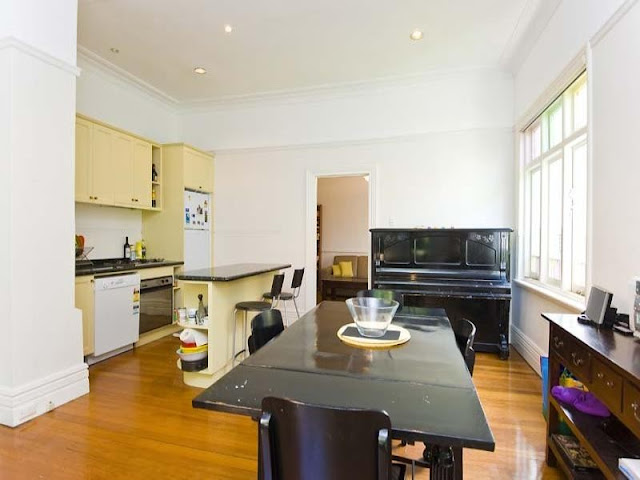 “Gracious Federation semi in an exclusive peninsula setting
Positioned on one of Kirribilli’s most exclusive streets, this renovated Federation semi enjoys a prestigious peninsula address moments to the harbour foreshore and historic village heart. Proudly retaining the gracious proportions and refined features of its heritage, it features a generous layout with separate living and accommodation zones and captures a view of the tip of the Harbour Bridge from the open plan rear. Stroll to elite schools, buzzing village cafs, spectacular foreshore walks and the station.
Harbourside setting, walled sandstone flagged forecourt 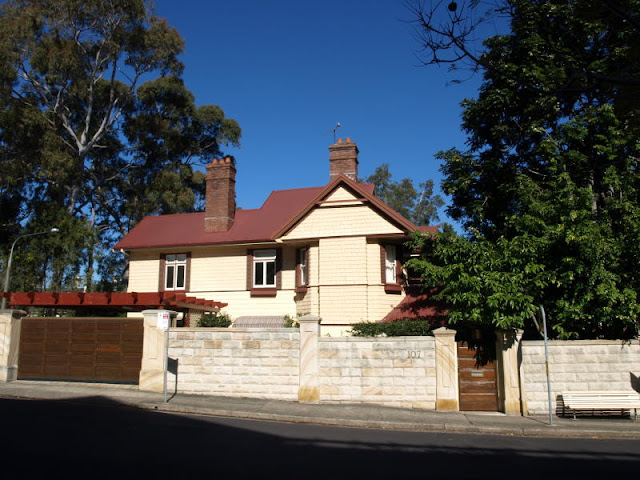 A well-constructed late Federation house using a combination of stylistic devices and materials to create a balanced, integrated design. Rental $3,500 per week

Settlement on the Reserve Bank’s long-held Kirribilli property Eversley reveals the buyer, at $5.2 million, to be Catherine Verschuer, wife of Westpac’s managing director of foreign exchange and commodity Paul Verschuer.

Grand federation manor in an exclusive peninsula enclave
One of Kirribilli’s finest federation manors & currently divided into two house sized apartments, “Eversley” was built in the early 1900s on a commanding landholding. Standing proud on approx 920sqm with harbour views from the upper level, this grand home’s refined architecture, flexible layout and expansive grounds present a wealth of opportunities. Ideal for dual living or multi generational families, this significant estate lends itself to transformation into a magnificent residence in one of Sydney’s most exclusive foreshore settings.

The Reserve Bank of Australia is seeking to sell a 920-square-metre harbourside residential in Sydney amid the highest home prices the city has ever seen. 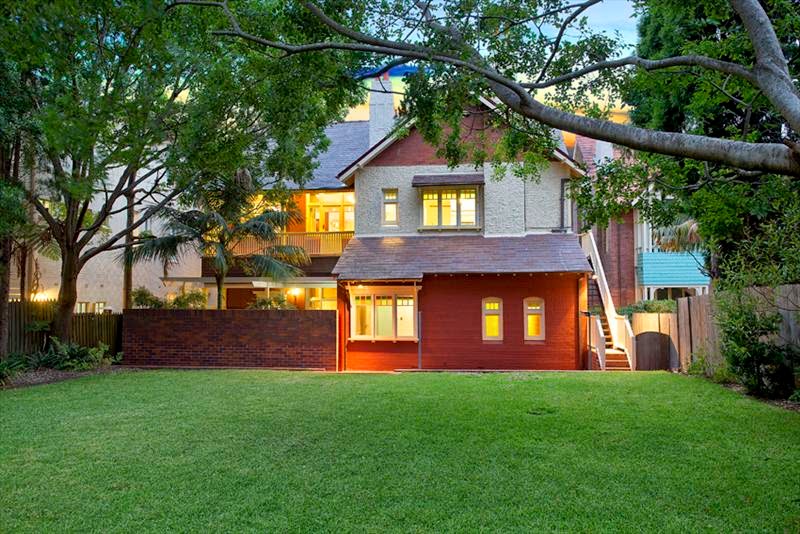 “It’s a seller’s market quite clearly, there are plenty of buyers out there, not many listings, and prices are rising, so it’s not a bad time to sell,” said Louis Christopher, managing director of Sydney-based real estate data provider SQM Research Pty. “It’s a little bit perplexing as to why the RBA was holding residential property.” 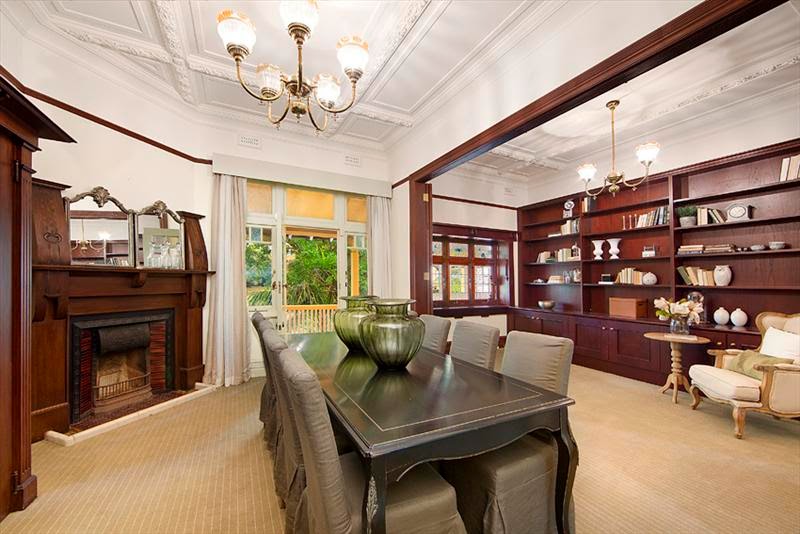 The Reserve Bank bought Eversley, at 10 Carabella Street, in 1986, according to a city council document. The tenants of one of the apartments gave notice of their plans to vacate in mid-2013, according to documents released in December under a Freedom of Information request. The central bank also owns a training college in Kirribilli. 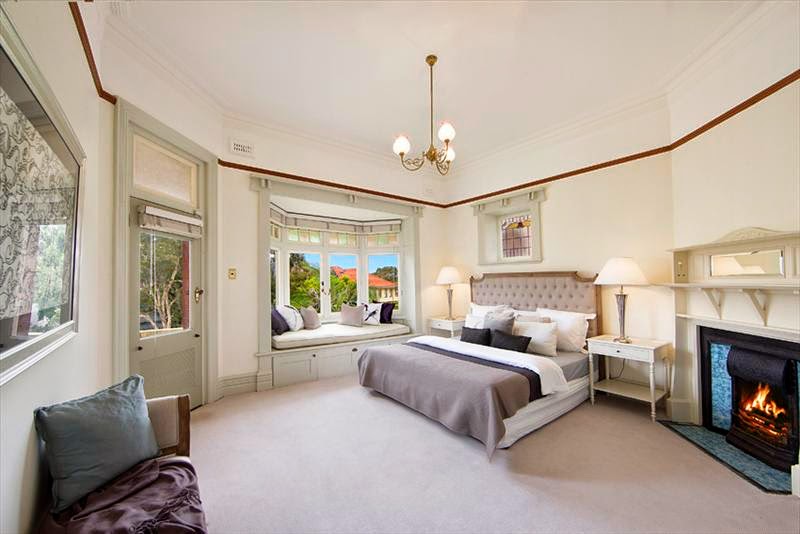 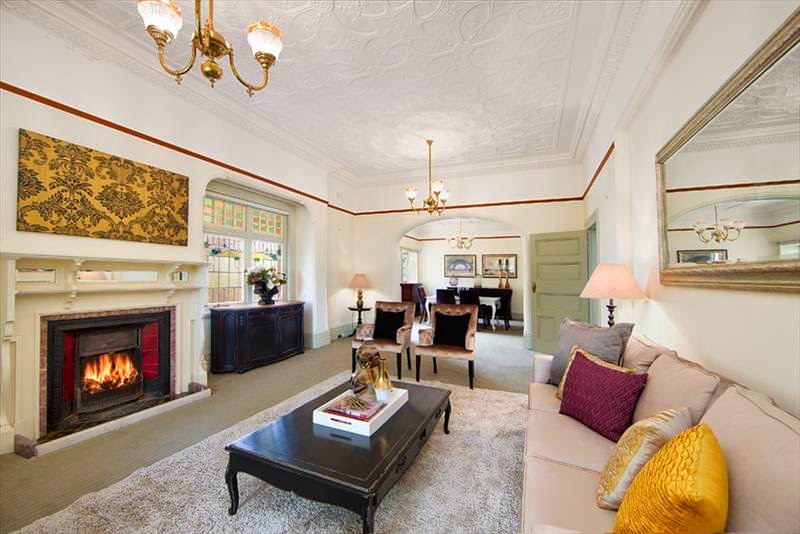 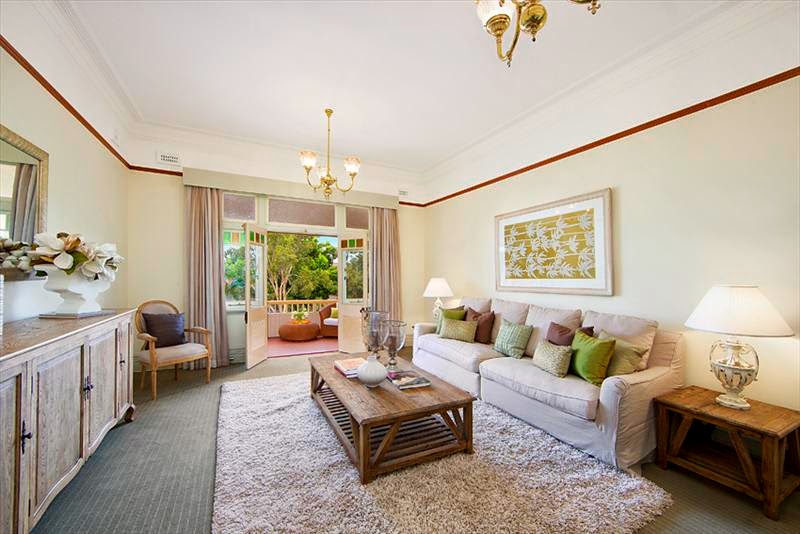 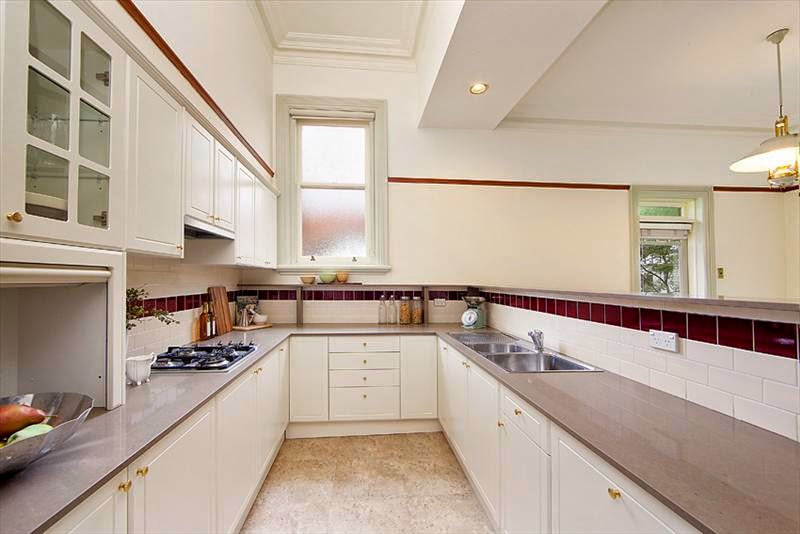 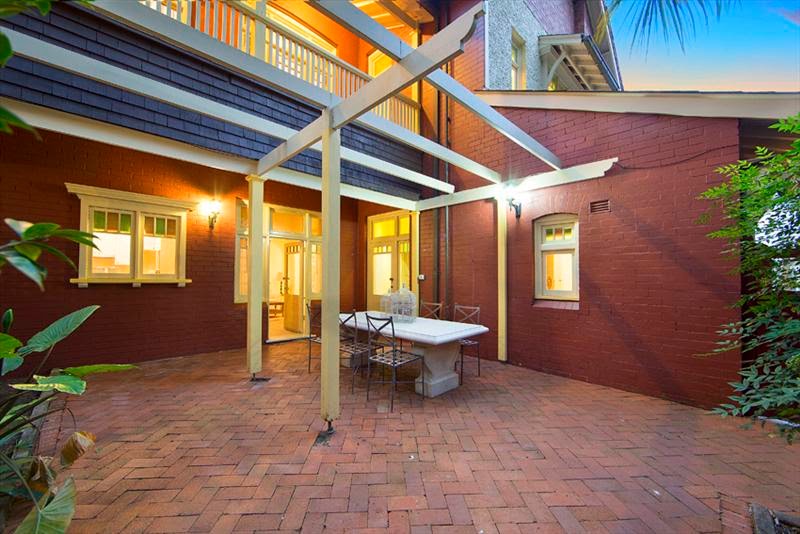 The Reserve Bank of Australia has listed a near harbourside, residential mansion in Sydney’s Kirribilli.
The six bedroom Federation, Eversley mansion on 920 square metres at 10 Carabella Street has been listed through Ray White agent Kingsley Yates for March 22 auction.

Some of the landlord-tenant issues apparently even needing the governor Glenn Stevens’ attention over the past few years or so. They quite simply have better things to do with their time and money.

But it was a great asset as it was bought in April 1986 under Bob Johnston’s governorship just before the Sydney market took off in its record boom for $630,000. I recall it was snapped up within two weeks of its 1986 listing as it provided not only a landbanking opportunity for the central bank, but also to provide overflow accomodation for lecturers participating in the 1988 SEANZA conference. Only oldtimer RBA watchers like Alan Mitchell, Ross Greenwood and Terry McCrann would know the establishment of South East Asia, New Zealand, Australia (SEANZA) grew out of a 1956 meeting of central bank governors from the Asia-Oceanic region.

The Reserve Bank inherited the building in 1960 using the premises to host interstate staff employed by the Bank at residential courses.

“The bathroom works have been planned for some time and for this reason, the latest lease term of one year was offered,” bank email correspondence shows.

A well-articulated Federation house which complements the group of similar but individualistic Federation buildings along this street.
This building is designed in the Federation Queen Anne style. 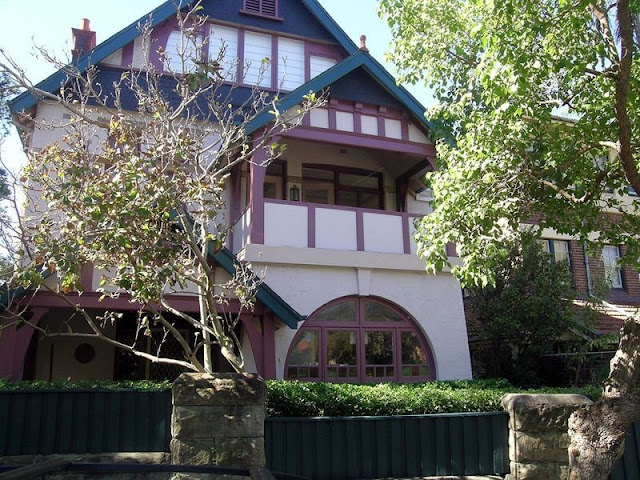