The interiors of Cosy Edwardian and Cosy Federation Houses

cosy
adjective[1] Giving a feeling of comfort, warmth, and relaxation. “the flickering lamp gave the room a cosy lived-in air”
Of Edwardian lodgings: “A wonderfully warm fireplace makes our time so enjoyable, so welcoming.”

Here I outline the Cosiness that Federation architecture introduced to the people of Australia in their own homes:

After the heaviness, clutter and dark colours of Victorian interiors, people wanted something new and cheerful. Edwardian style was a breath of fresh air for the English.[2] In Australia this corresponds to the Federation period.

The Federation period coincides with

The Federation or Edwardian ﬁreplace rejected Victorian styles and fireplace practices (Victorian fireplaces were not efficient).
As the Federation house expressed a desire for informality, ﬁreplaces were often moved to the corner of a room, or situated in cosy nooks and bays.

An inglenook (Modern Scotsingleneuk), or chimney corner, is a small recess that adjoins a fireplace.

The corner fireplace is said to have been invented by Sir Christopher Wren, the famous British architect of St Paul’s Cathedral and of 51 other churches of London. [4] 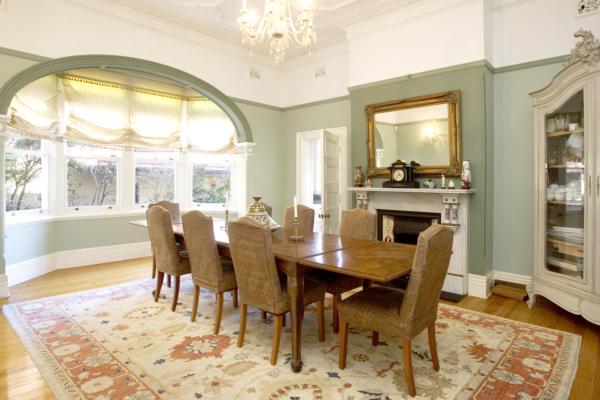 A window seat is a miniature sofa without a back, intended to fill the recess of a window.

A fanlight is a window, originally semicircular or semi-elliptical in shape, with glazing bars or tracery sets radiating out like an open fan. It is placed over another window or a doorway, and is sometimes hinged to the transom.

A transom window is the customary U.S. word used for a transom light (window) above a door frame, the window over this crosspiece above the door.

A French door is a door style consisting of a frame around one or more transparent and/or translucent panels (called windows or lights) that may be installed singly, in matching pairs, or even as series.

Leadlights or leaded lights are decorative windows made of small sections of glass supported in lead cames, and impart elegance and romantic charm to the rooms they illuminate.

A Nook refers to a small corner formed by two walls.

Window nooks were to be used primarily by the women of the house, who could read, take tea, tatt, knit or sew with plenty of natural light. Federation Queen Anne architecture was a feminine influence on domestic style.

This bathroom even has a nook for sunning in a balcony off the bathroom. It looks so very comfortable.

A verandah (from Portuguese varanda, IPA: [vɐˈɾɐ̃dɐ]) is a roofed opened gallery or porch.[1]

Gazebos are an outdoors small building, especially one in the garden of a house, that gives a wide view of the surrounding area.
They provide a shaded area to use for intimate social occasions, as well as for summer meals. 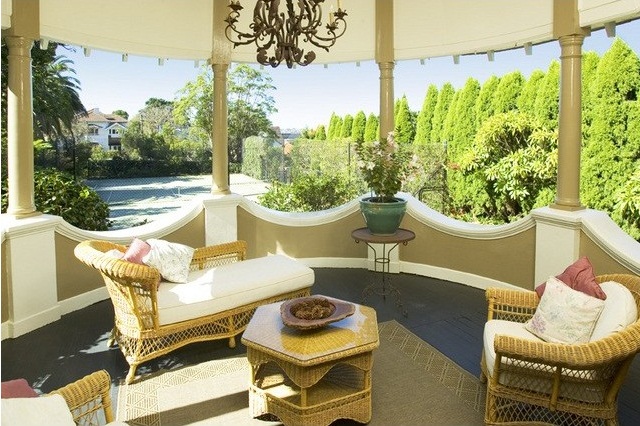 The Games room was a masculine domain, used for snooker or billiards, and for smoking.