“Purrumbete” is a property of note featuring a grand entrance known as the “Great Hall” where history is revisited with Robert Prenzel wood carving and six Walter Withers murals depicting the settlement of “Purrumbete”.

“Purrumbete” comprising some 130 SQ in the lower level, offers 10 bedrooms of individual character,14 OFP’s, magnificent formal dining room overlooking the extensive gardens and numerous informal rooms offering all the graces of a past era yet still allowing ease and comfort for the present day.
“Features include.

“Purrumbete” offers so much more once inspected and is perfectly located 75 minutes Geelong, 2.5 hours Melbourne and only 8km from the Historic Camperdown Township.”

In the News:
Purrumbete, with its Walter Withers farming murals, sold in Victoria’s Western Districts
By Jonathan Chancellor, Thursday, 14 February 2013 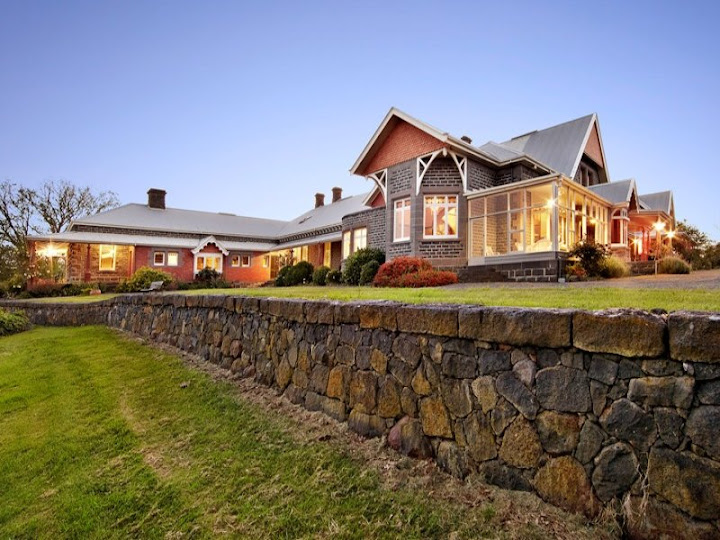 “The sale comes nine months after being relisted with a $6 million asking price, which was then revised to $5.5 million. Andrew Rice at Charles Stewart Geelong has advised the sale, with undisclosed sales price, on the agency website. 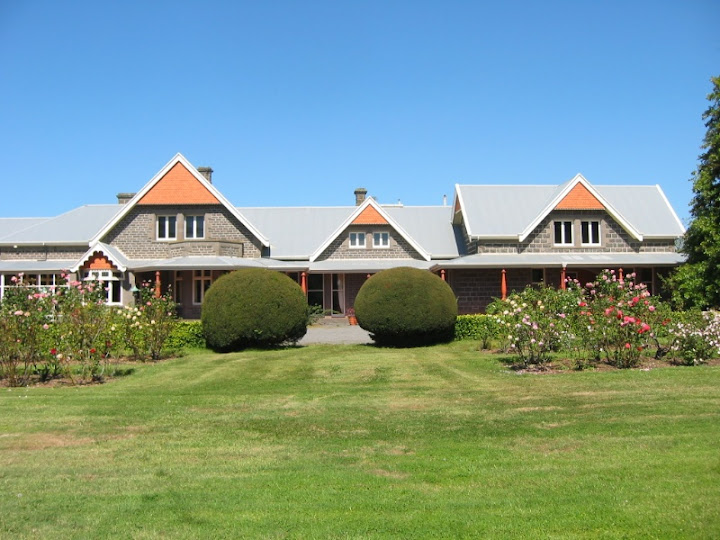 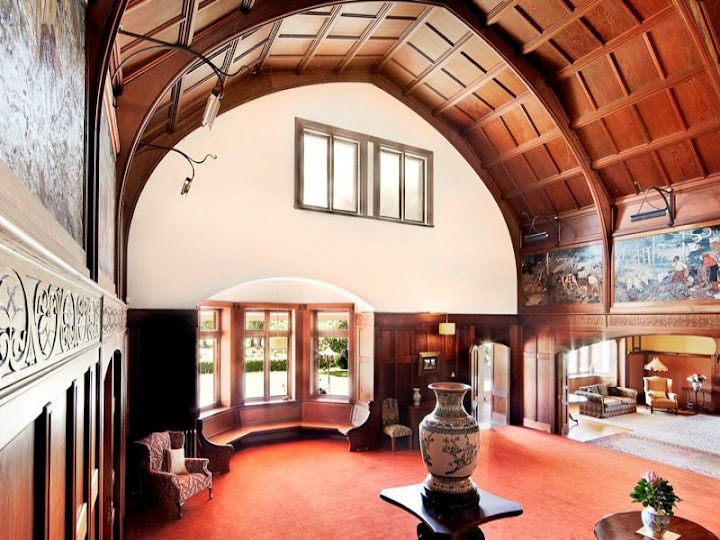 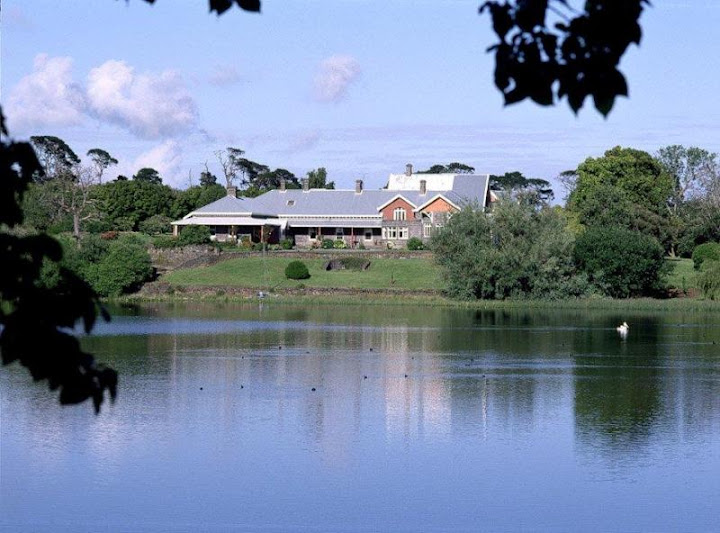 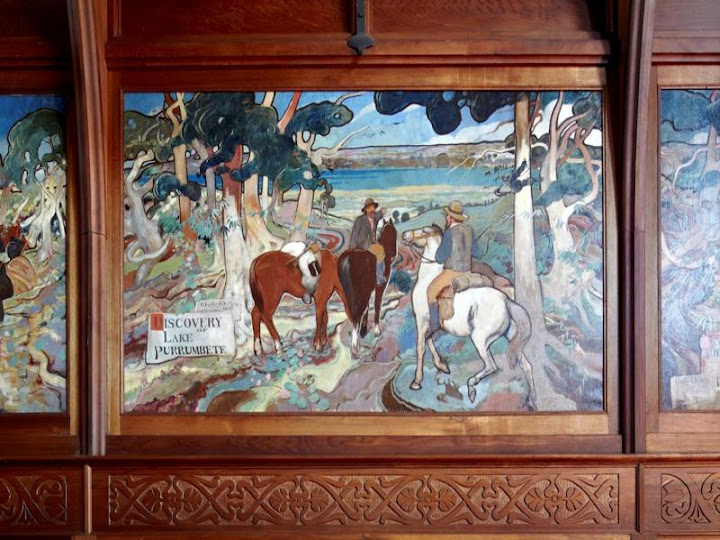 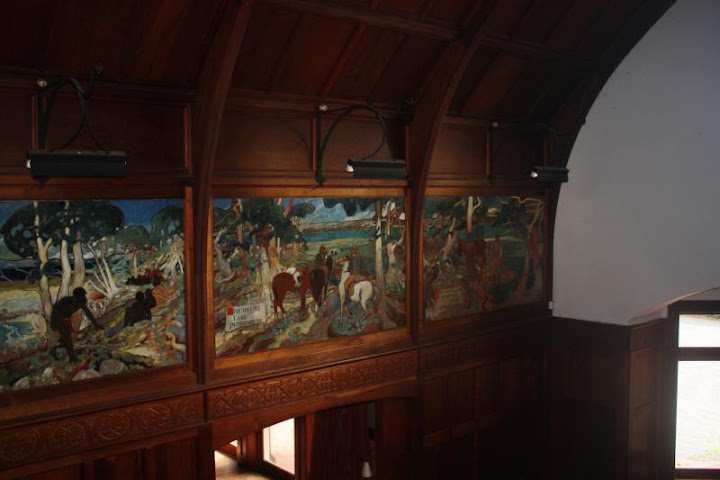 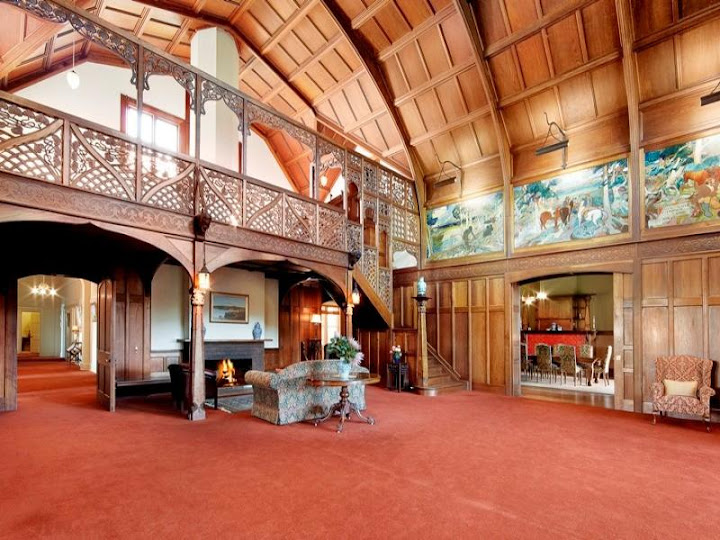 A house was originally constructed on the site of the present homestead in 1842, and in 1857-1860 a large bluestone addition was built, part of which remains as the south east wing of the homestead. 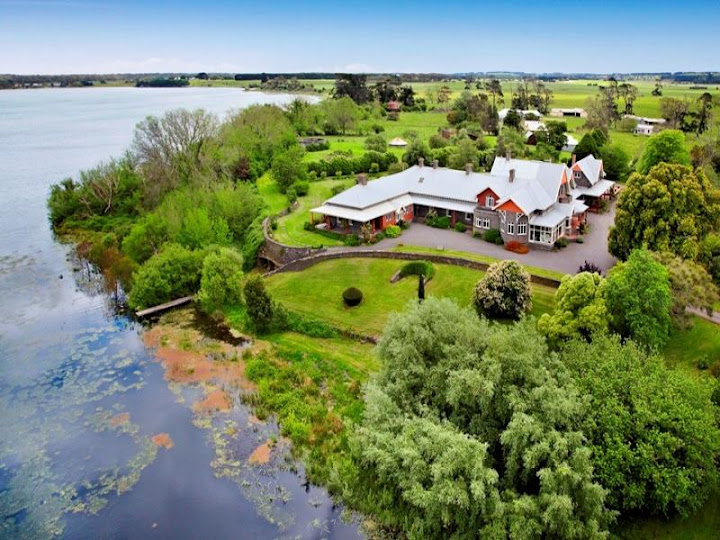 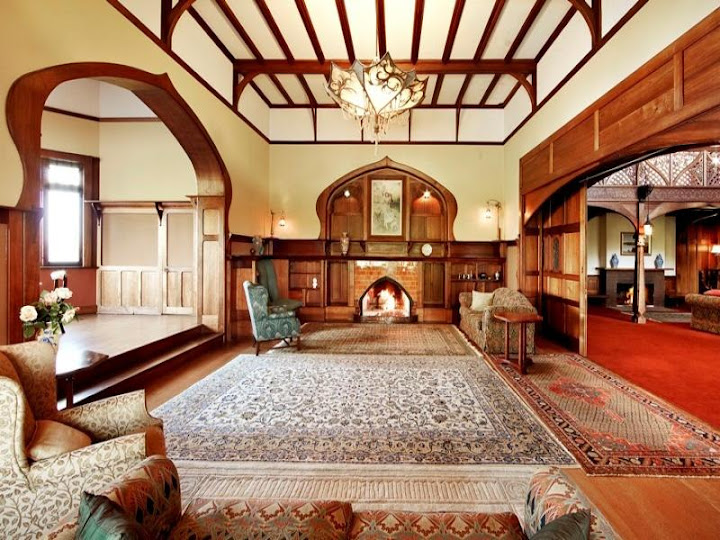 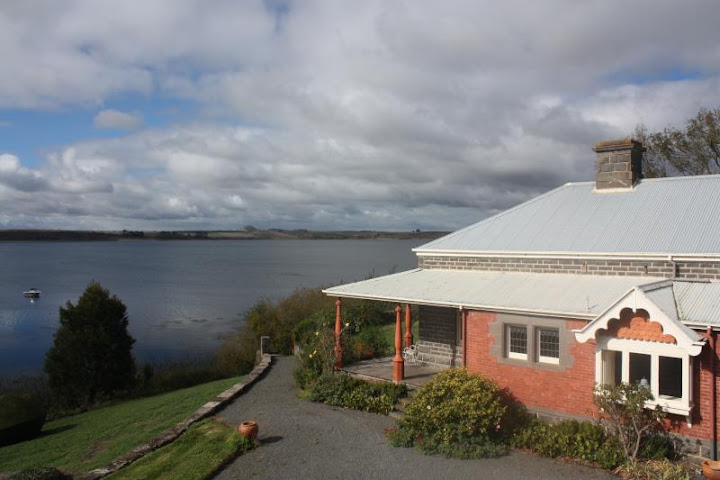 Purrumbete, Weerite was settled by brothers Thomas, John and Peter Manifold in 1839 and the family subsequently became one of Victoria’s largest landholders. The Purrumbete property developed into a highly prosperous and substantial farming complex during the latter half of the nineteenth century and the homestead grew from a core built in 1857-60, which was extended in 1882 and extensively altered in 1901. Successive generations of the Manifold family lived there until 1983. 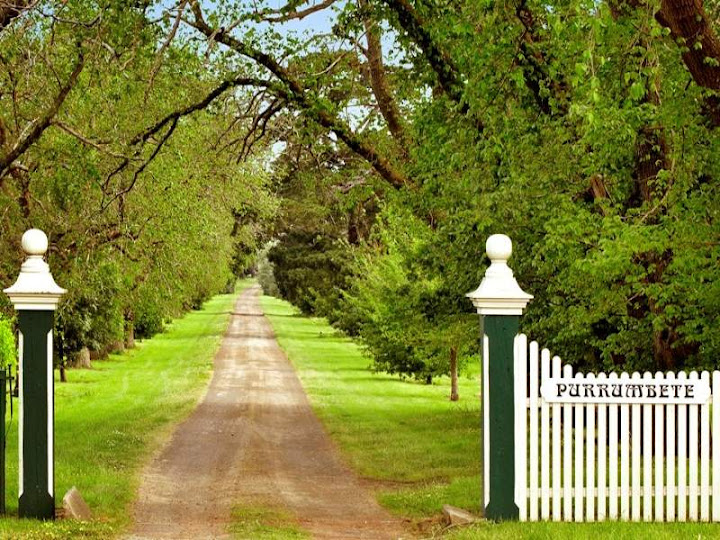 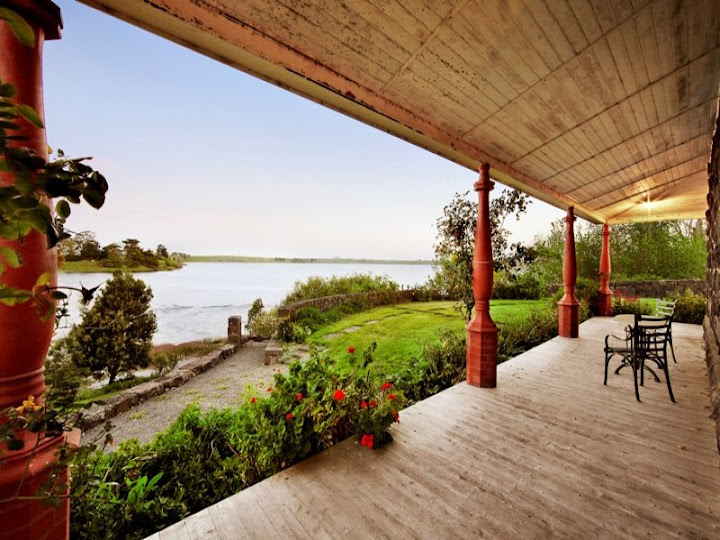 The Manifolds made ample use of the lake as a water resource. A water reticulation system, including a network of underground cast iron water pipes, three tunnels, three above ground bluestone water tanks, steps to the lake and an early drain, remains from the 1870s and 1880s.