Dalvui is a grand house with a wonderful garden to match. 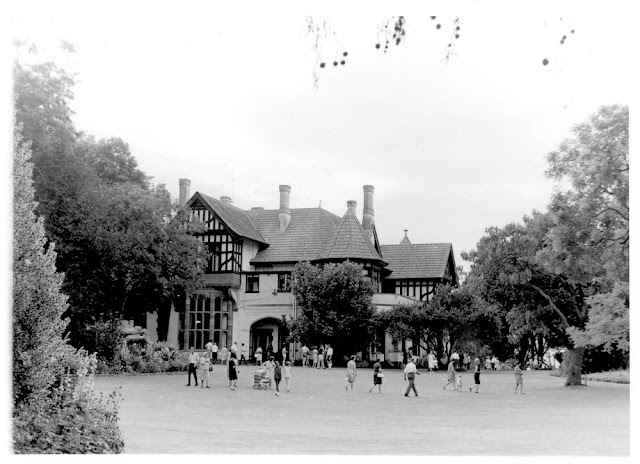 This garden bears many of Guilfoyle’s hallmarks – 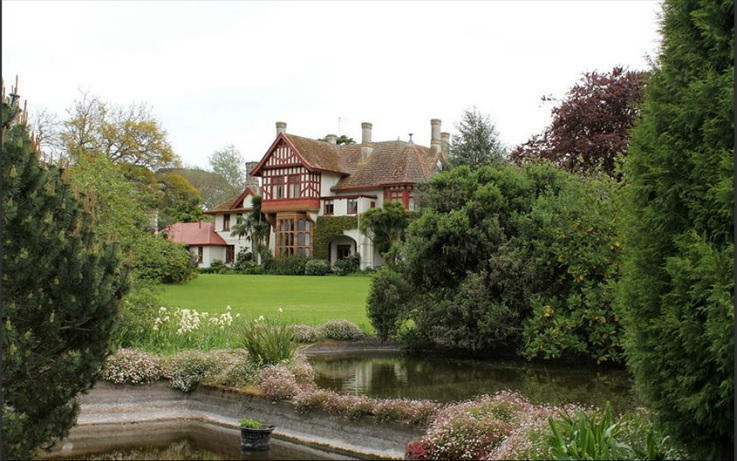 A house of 1907 by Ussher & Kemp, closely comparable with their contemporary Dalswraith (now Campion Hall) in Kew, but for a strong diagonal emphasis focussed on a polygonal candle-snuffer roof, and a slightly lower standard of craftsmanship and integrity.
Notable features are 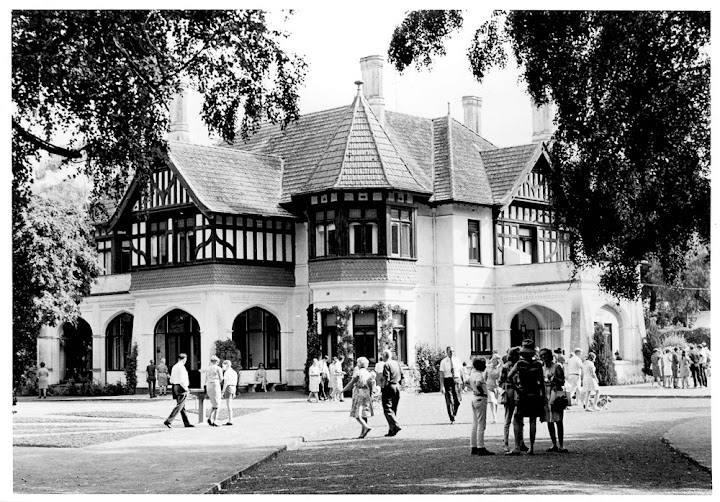 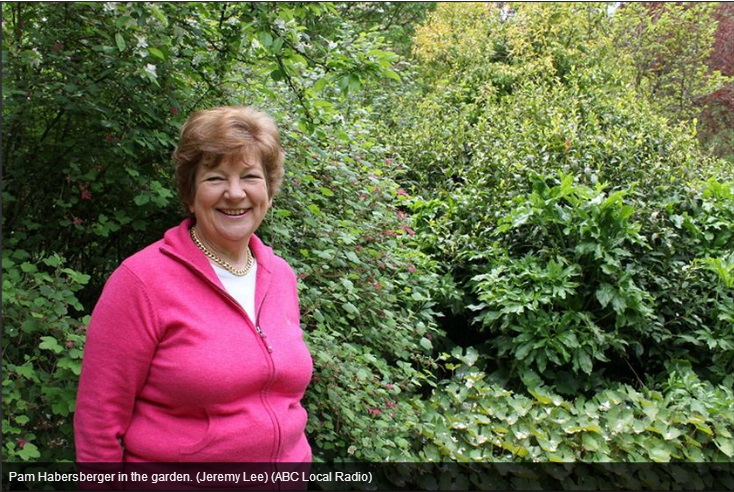 Today, Dalvui is the home of Pam Habersberger, and together with her husband they’ve been opening the garden up as part of the Open Garden Scheme for many years. These open garden weekends provide a chance for those familiar with the garden to wander through it’s many areas, and for those who have never visited before to be impressed by its size and scope.

Dalvui – a garden of inspiration

Alison Aplin November 7, 2012 – Garden Drum
My husband David and I decided to visit the Dalvui garden in Noorat recently, open as part of Open Gardens Australia.

Since then, Dalvui has changed hands numerous times over the years, but it appears that there has been a deep respect for the backbone of the garden as there are still many of the original trees in existence.

Natives and exotics have been mixed, the native plants being mostly in the form of large eucalypts. There was what I thought may be a magnificent Angophora floribunda towering over the entrance to the garden. And then one walked through a birch-lined driveway with glimpses visible on either side of what lay beyond these avenue trees.

Many different rooms feature such an assortment of lush plants that one could only drool with envy at the heart of such a great garden – the soil.

There are many different areas to enjoy.

As a lover of colour, I found this garden a very restful and contemplative place with its subdued colour palette.
Dalvui is a credit to all concerned. It is obviously a labour of love and deserving of the accolades given to it. I will let the photos speak for the beauty of the garden.

Former owner and designer of Australia’s only ecotourism and multi award winning garden Timandra [now Mintaro Garden Rooms], in the Clare Valley SA. She has a Diploma of Horticulture and is an Arborist with a deep respect for trees. Alison is a passionate advocate for the environment and nature in general. She is the managing partner and designer for Timandra Design & Landscaping, constantly learning her craft through her own gardens, now Timandra by the Sea. Further info about this business can be seen at http://www.timandra.com.au