The Bungalow style was usually a single-storey house with a prominent veranda, especially with the roof covering the verandah.

“The developer Richard Stanton first introduced the American style bungalow to Sydney in 1906 and by 1912 this new type of compact servantless house was being erected across Sydney by speculative builders.” – See Haberfield, the Garden Suburb

The Federation Bungalow style was the Australian response to the bungalow style that was developed in America by people like Gustav Stickley. (Gustav Stickley was a furniture manufacturer, design leader, publisher and the chief proselytizer for the American Craftsman style, an extension of the British Arts and Crafts movement. Wikipedia)

Below from Wikipedia on Australian residential architectural styles

This guide courtesy City of Bayswater “Character Protection Area No 1”

City of Cockburn Architectural Style Information Brochure:
1890-1915 Federation Bungalow houses have many of these features:

Federation bungalows in Australia often vary quite widely from one another in appearance, and below here are ten very different examples, showing 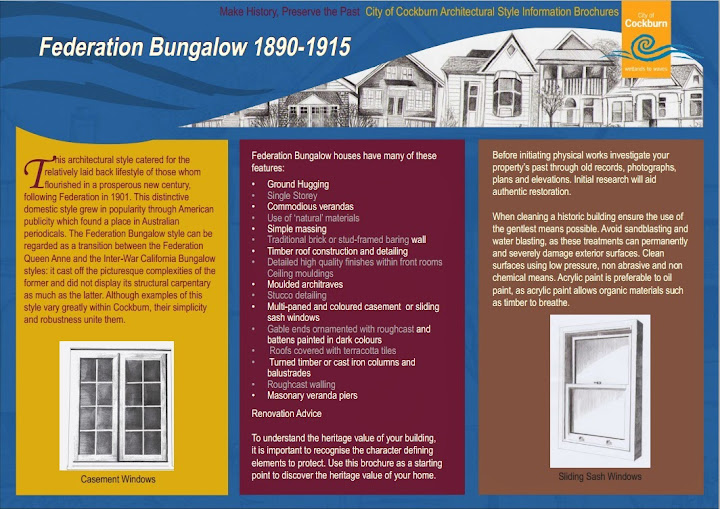 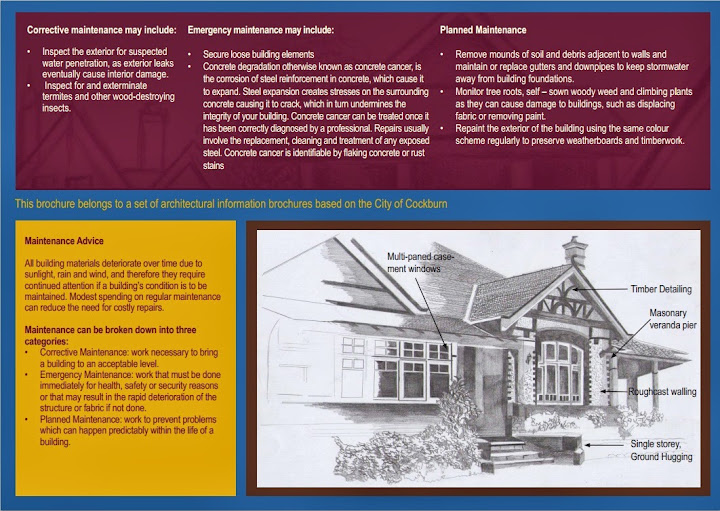 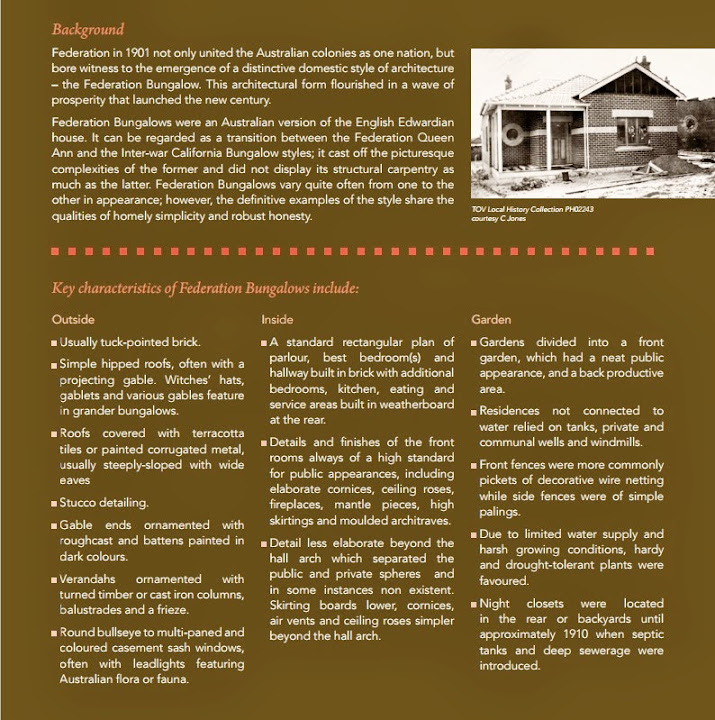 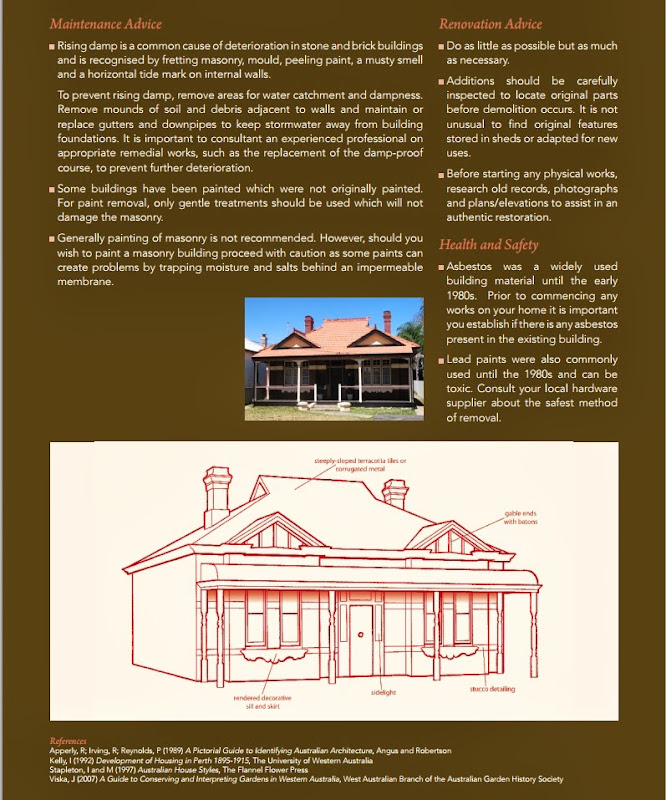