All of these houses, mansions and flats were built in, or nearby, Toorak, are architect-designed, and have now been heritage assessed as Locally Significant Buildings

“… it is in (our) domestic architecture that our architects have made their richest contribution.”
– from Barry Humphries’ Forward to National Trust: Our Interwar Houses (1991)

Commonly referred to as Tudor or Old English, the English Domestic revival was an offshoot of the Arts and Crafts medievalism of the late nineteenth century, and shared that movement’s values in terms of

Domestic Revival: An offshoot of the cult of the Picturesque and the Gothic Revival, it was essentially a style of domestic architecture that incorporated forms, details, and materials found in English vernacular buildings, including

Old English architecture was typified by the use of

Steeply pitched roofs with gables rather than hips were a typical characteristic of the larger, two storey examples, though small suburban houses often had a combination of hips and gables.

A number of new economies in materials facilitated the rise of the English Domestic revival.

By the late 1920s, the inclusion of imitation half timbering in the black and white tradition declined although buildings continued to achieve medieval
associations through picturesque massing of gabled and hipped roofs and through the application of elements such as leadlight windows.

The use of an external expression drawing heavily from medieval precedents became a means of expressing the solidity and longevity of British traditions.

A major source of the English Domestic Revival or Old English styles is the work of English architect, Phillip Webb (1830-1915), particularly his Red House at Bexley Heath of 1859.

Design in a true Old English mode runs right through the 1920s but it gained much greater momentum from the early 1930s as the bungalow and Spanish Mission began to wane in popularity in Australia.

As the decade drew to a close the sentimentality and strong British associations of the academically detailed Old English were replaced by an expression which drew ever closer to the post-war multi-fronted multi-hipped and unadorned Australian suburban vernacular.

Most Significant Buildings in Detail Below:

Examples in this mode with individual Stonnington heritage controls:
(click picture to jump to citation)

The latter has substantial additions and alterations.

One of the more impressive Old English revival style houses in Toorak, and an excellent example of this popular style. Its importance is in exhibiting picturesque romanticism and for the detailing and impressive articulated forms which create a strong aesthetic character.

This is one of the more impressive Old English revival style houses in Toorak. 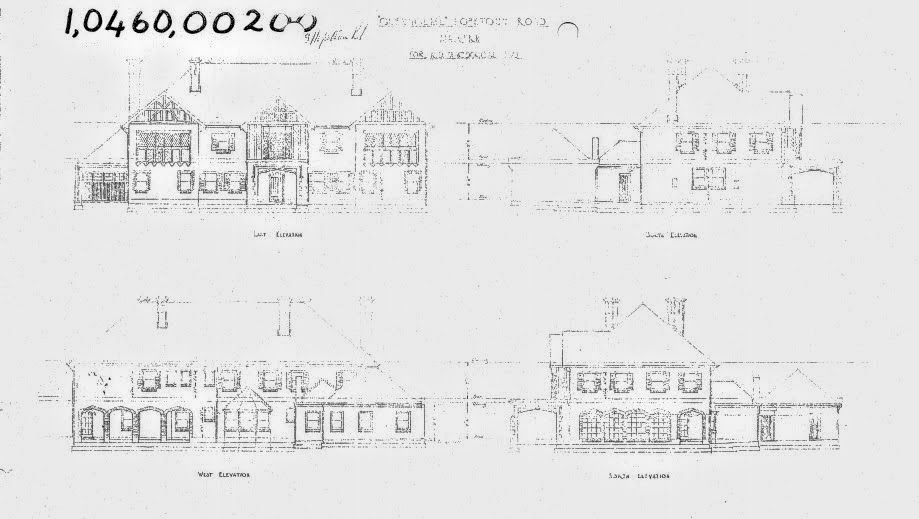 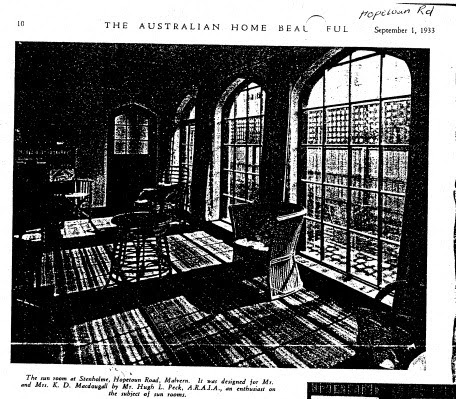 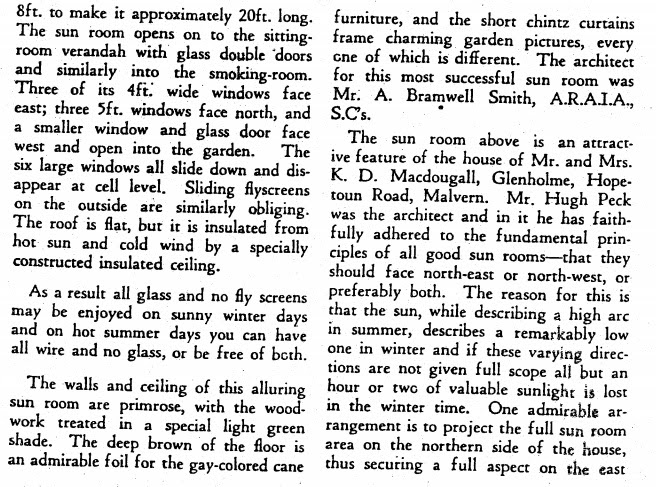 Kenneth Macdougall retained ownership of the house, which was numbered 3 Hopetoun Road, until 1979, when the property was sold.

3 Hopetoun is of significance for the imposing massing of building and roof forms, the symmetrical disposition of the three projecting gables as well as the picturesque character of the Tudor detailing. Physical elements which contribute to this significance are:

An extremely imposing Old English style building, it is of particular note for the massive two storey form and the large terracotta shingle roof, slightly curved out at the eaves.

Built by architect Robert Hamilton, Victoria’s foremost practitioner of the inter-war Old English/Tudor Revival style during the 1930s, this property sits at the end of a prestigious cul-de-sac and is surrounded by well-established manicured gardens.

“Robert B. Hamilton was the pre-eminent designer of flats, particularly in his trademark Old English style, in Toorak and South Yarra inthe 1930s.

Nonetheless Hamilton is remembered best for his Old English style flats and commercial buildings constructed in Toorak and South Yarra.

The house at 11 Grosvenor Court Toorak is an imposing double-storey Arts and Crafts style residence with limestone clad walls. The house at 11 Grosvenor Court is an imposing double-storey Arts and Crafts style residence with limestone clad walls.

Apart from its early use of the suburban Old English style (or `Stockbroker Tudor’), this house is unusual because of the number of times it appeared in the national home magazine, `The Australian Home Beautiful’. It was pictured in the cover twice and in detail in another issue, making it among the most publicised suburban home designs in the inter-war issues of the periodical.
This gabled and hipped roof, two-story Old English style house has

The main elevations (east and north) followed on from those used in the Federation, Queen Anne and English Domestic Revival styles, with the projecting gabled room bays as the main elevation element, with extended gabled roof-lines reaching from the upper level eaves to the lower to produce the traditional attic form.

`The Australian Home Beautiful’ of 1931 noted the front door as a `sturdy affair in oak’, oak being also used for wall panelling and other joinery internally.

In 1929 Arthur H. Stallwood, a banker, purchased the allotment in Monaro Road from Mrs Mary Ross.

`The Australian Home Beautiful’ of 1931 stated that oak was used for wall panelling and other joinery internally, such as the shelf to the `texture’ brick fireplaces.

This large attic-form Old English style clinker brick house was built in stages, the first designed by noted architect Robert Bell Hamilton. A major but sympathetic extension to the west was made prior to 1932, doubling the width of the building.

The house at 46 Albany Road stands on the north-east corner of Albany and Kooyong Roads.
This house was built c1936-1937 for Edith K Noonan to designs by architect A Mortimer McMillan.

46 Albany Road is not as intact as some other individually significant examples above, but displays a similar high architectural quality, exemplifying architect A Mortimer McMillan’s talent for design in the Old English mode.

The Stonnington Interwar Houses Study[4] has found that the following houses that were proposed for protection by Amendment L47 still meet the threshold of local significance (A2 graded) and warrant individual protection as part of Amendment C222:

Houses in the former City of Malvern which derive from Old English or English Medieval styles identified in heritage studies of the City are listed below.

From the Victorian Heritage Register

Architects featured on this page: