Cremorne is one of the most spectacular timber houses in Brisbane.

The following photograph was taken in around 1906 and gives an idea of the extensive views – the Brisbane River is in the background.

It’s dripping with history, and has featured in multiple publications as one of the best kept historic homes in the city.

Cremorne is listed on the Queensland Heritage Register, where it is described this way:

Apparently the interior is just as grand as the outside.

ONE of a kind seems an understatement when it comes to Cremorne, a 110-year-old historic mansion at 34 Mullens St in blue chipHamilton which has held the affection of three families across a century.

The McMahon’s were only the third owners of the award winning property with sweeping views of the Brisbane River. 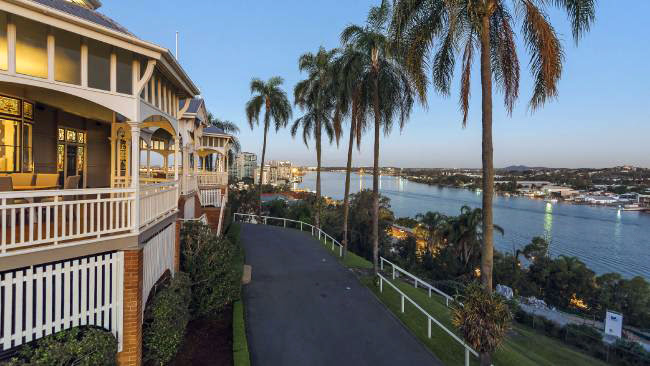 This striking heritage property on Brisbane’s sought-after Hamilton Hill has been home to only two families since it was built in 1905.

The property sits on 2435sq m with 180-degree views over the central business district and river.

Hamilton is one of Brisbane’s most affluent suburbs, on the north bank of the Brisbane River.