Set on 4,260 square metres Leura is a trophy home “unparalleled in grace, style and historic significance”.

It was built on the Bellevue Hill ridge line for the Knox family, of the then burgeoning Colonial Sugar Refinery empire. 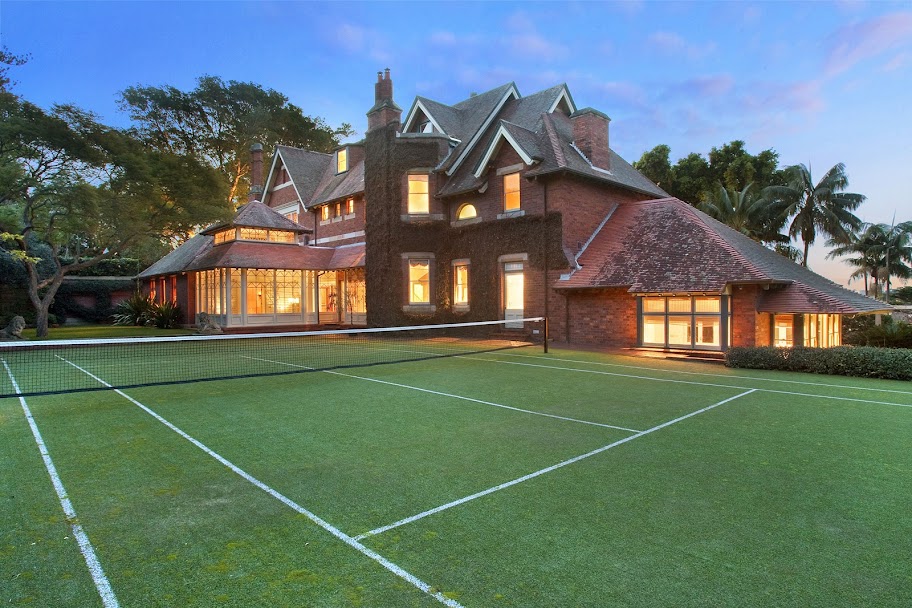 “It is a monument to the Federation Queen Anne style of architecture from the era,” Ray White Double Bay listing agent Michael Finger says.
August 11, 2015 5:26pmJonathan Chancellor, The Sunday Telegraph

Finger’s Ray White colleague Di Wilson says the property was purchased in the mid-1950s by Cranbrook School for boarders. 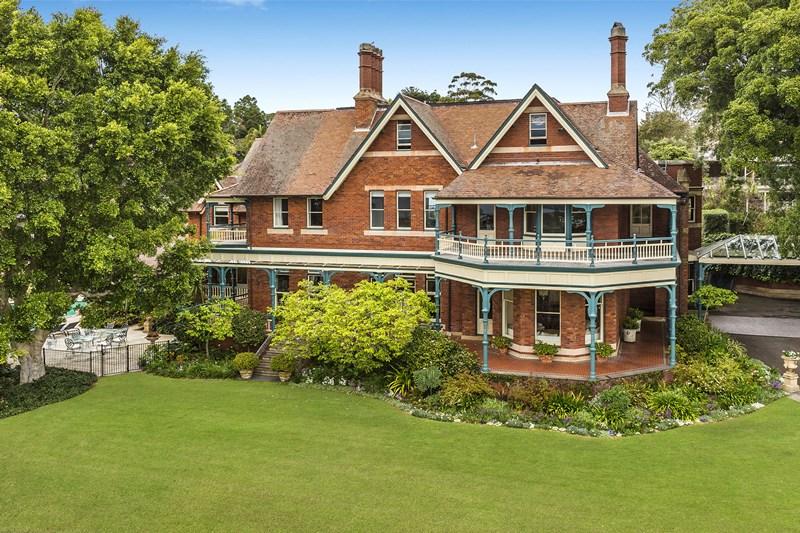 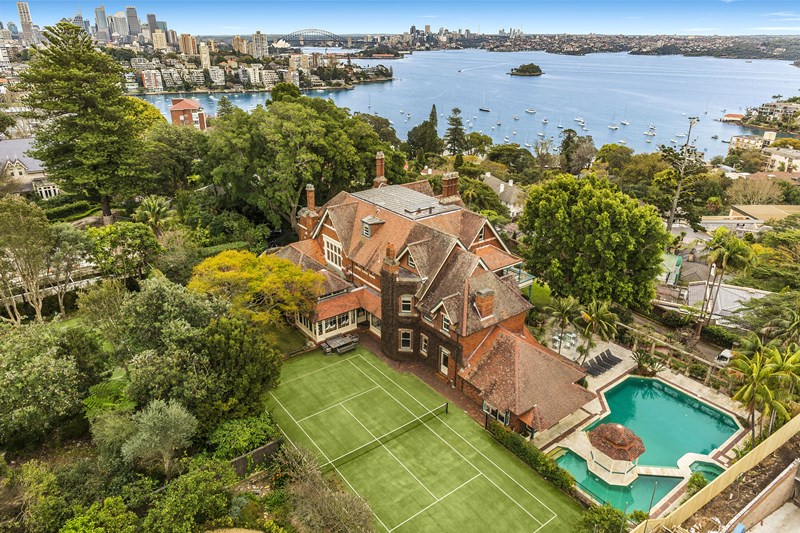 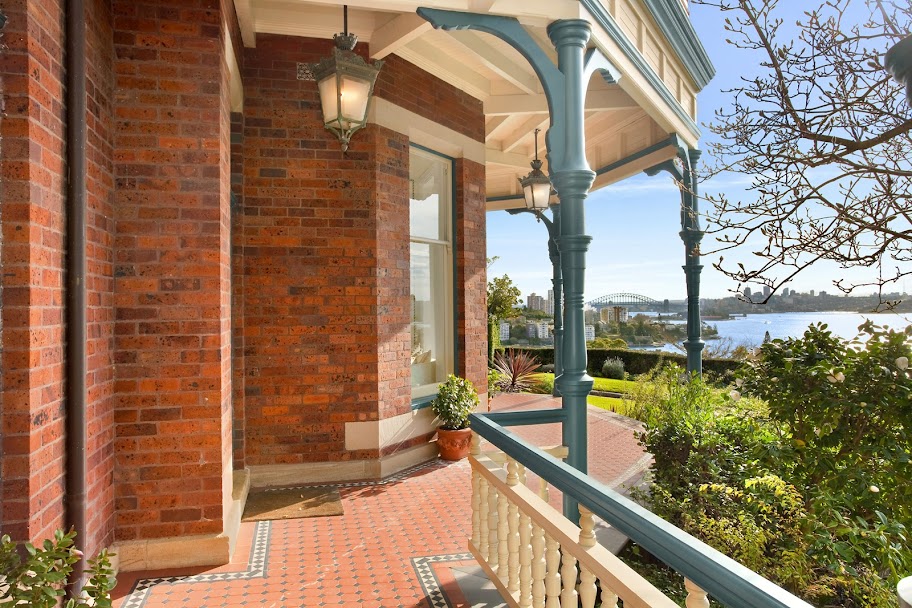 Undeniably one of Sydney’s grandest estates, Leura c1891 is a landmark residence unparalleled in grace, style and historic significance. The majestic home is embraced by 4,260sqm of established grounds and is a monument to the Federation Queen Anne style of architecture from the era.
Set against a breathtaking panorama over Sydney Harbour’s famous icons, the home has been intuitively crafted to create a resort-style sanctuary with a magical sense of privacy and seclusion at the very end of an exclusive circular driveway.

The name given to the suburb was taken from that given to the look-out area which later became Bellevue Park – named ‘Belle Vue’ by Governor Macquarie as an alternative to the colloquial ‘Vinegar Hill’ which Macquarie considered vulgar (Woollahra Council, local history fast-facts, Bellevue Hill, accessed 7/8/2015). 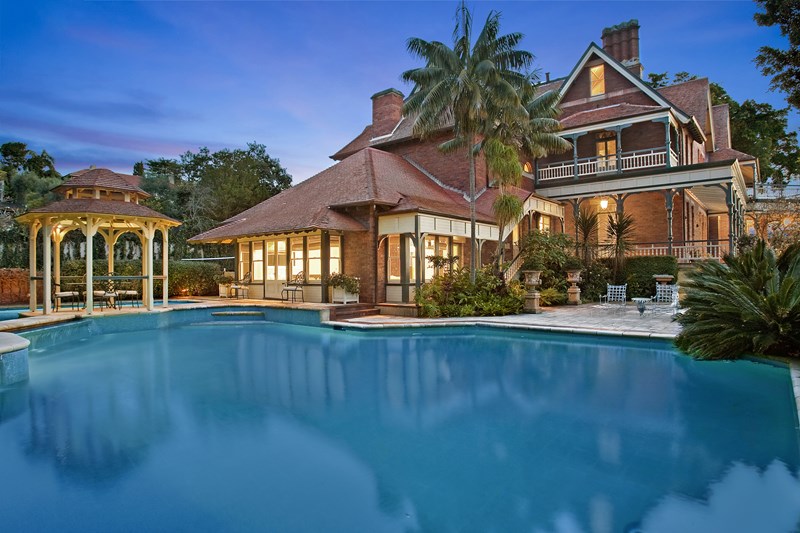 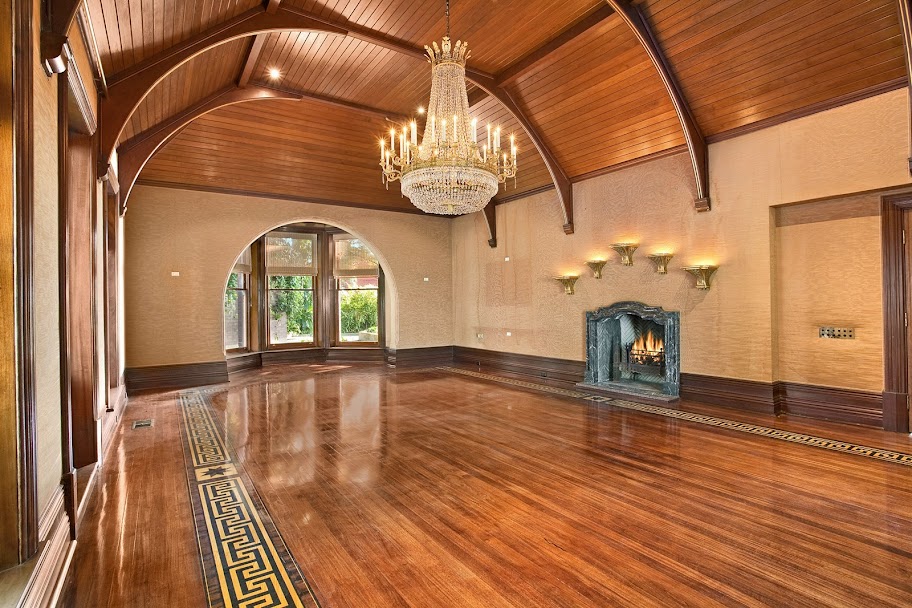 A number of the original decorative details survive, such as the wave motif to the dado rail, the blue and white transfer tiles and the fern and sunburst detail to the grate in the dining room. 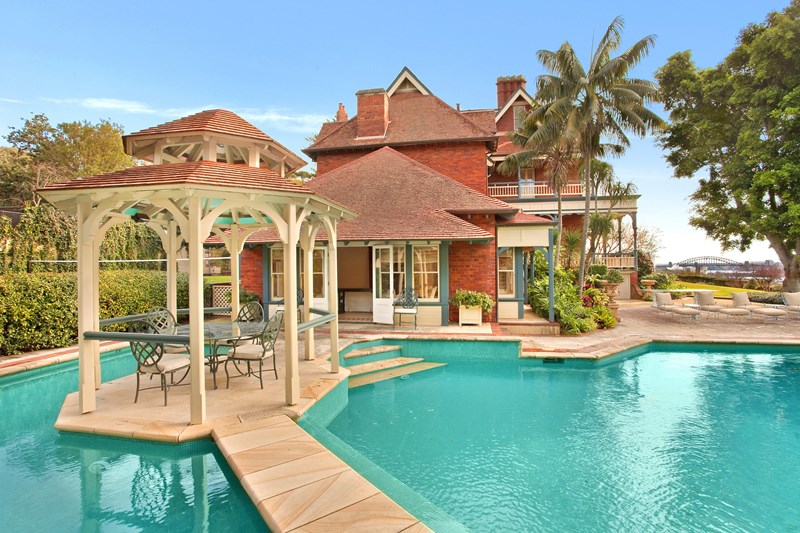