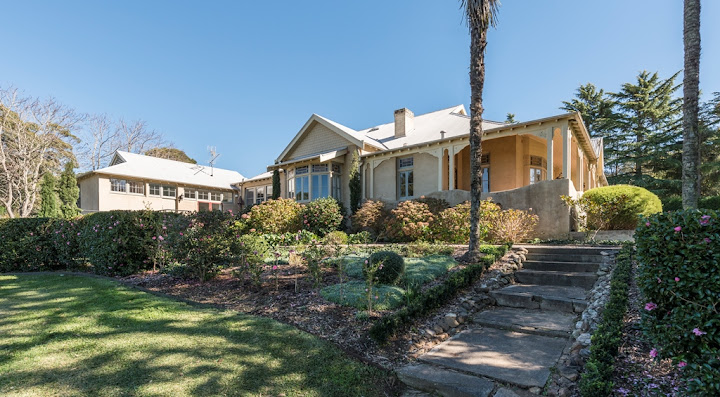 The historic Queen Anne Federation Rowe Cottage has undergone extensive renovation since bought (pictured circa 1995) in May 1995 through Peter Shaw First National. 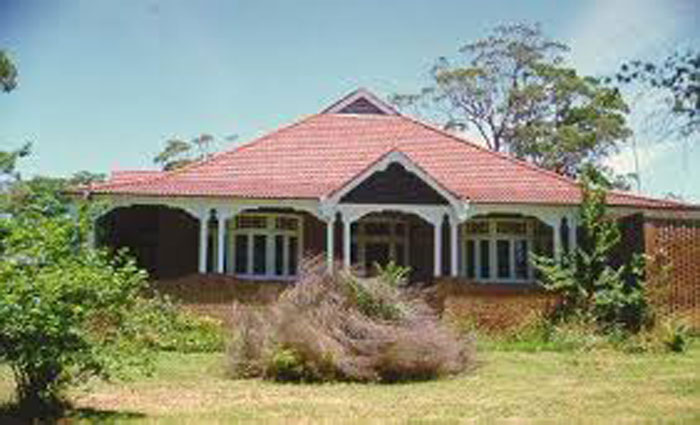 Is significant socially and aesthetically within the local community as a purpose-built component of the Renwick Child Welfare Group. Is also significant within the town as a good representative example of an early 20th century residence in the Federation Bungalow style, this significance being enhanced by the intactness of much of the building’s original fabric. 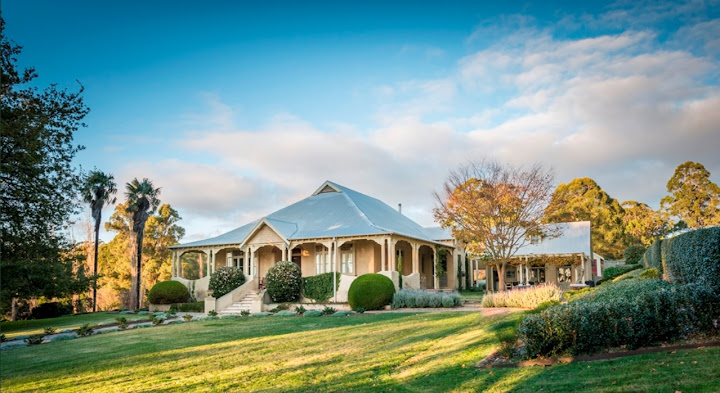 This gracious historic Queen Anne Federation home, built between 1908-1910 by a Master craftsman, sits perfectly on private 14.3 acres, yet only an hour from Sydney Airport and minutes from Mittagong and Bowral. 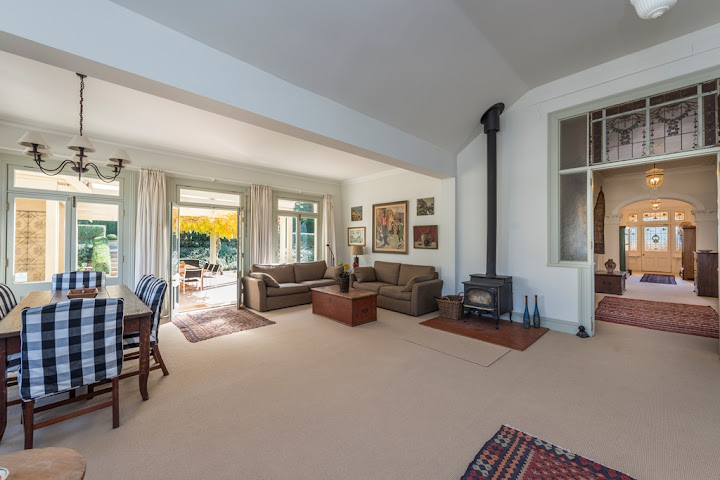 • Restored with European sensitivity, the generous home features 3.5+m high ceilings in most rooms and a wide, elegant hallway. 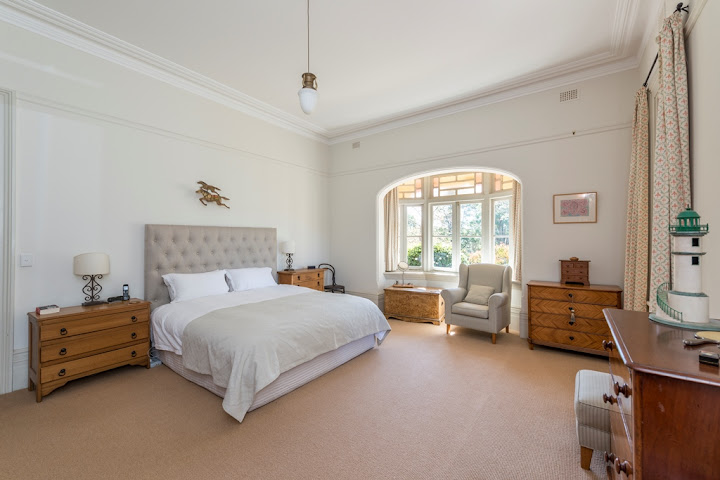 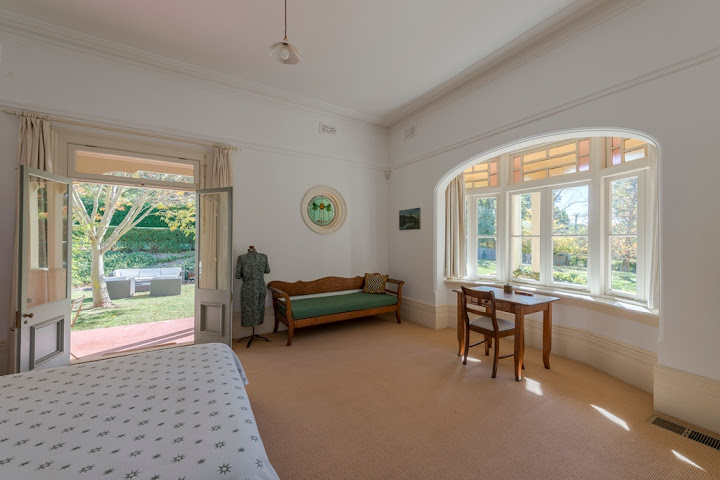 • A large open plan kitchen, family and dining room with slow combustion fire leads to an inviting wisteria covered terrace on one side and a sunny breakfast deck with views over vineyards on the other. 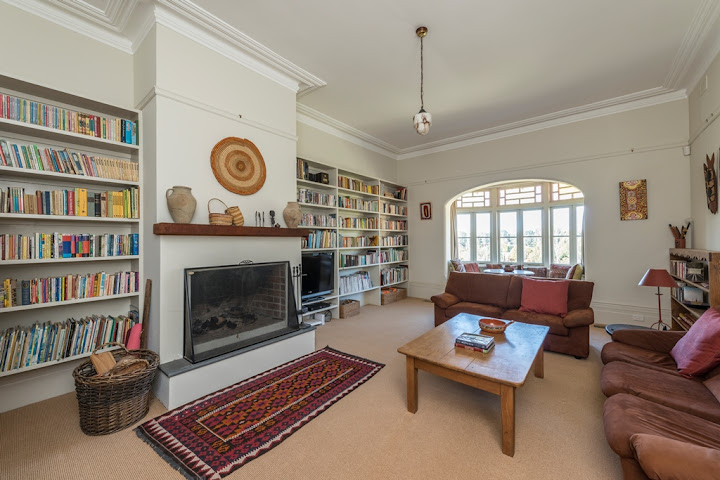 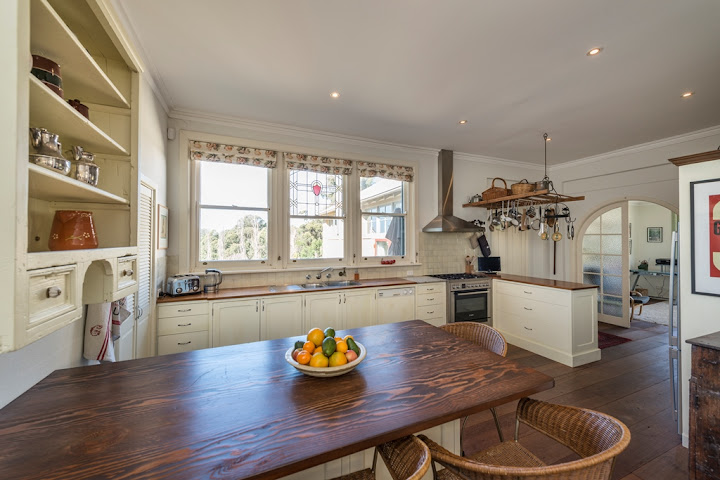 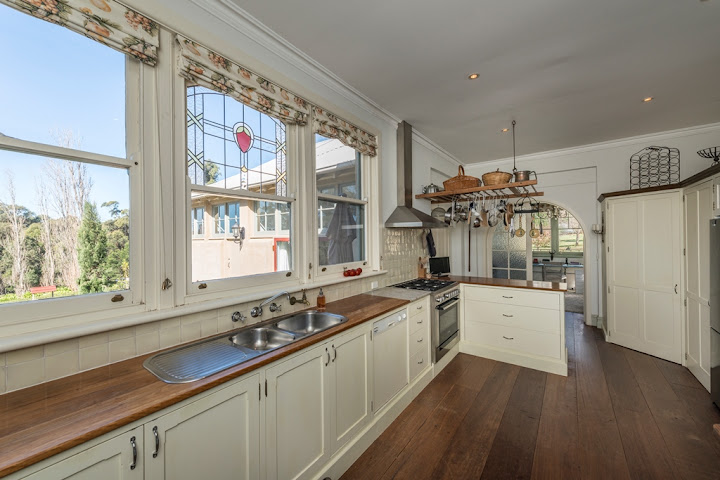 • A charming guest cottage with full bathroom and large loft accommodation also houses a north facing office which has options for use as lounge room or additional bedroom. 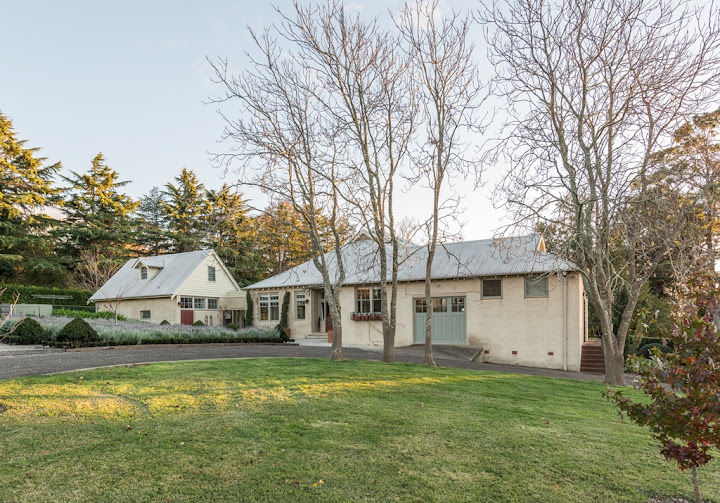 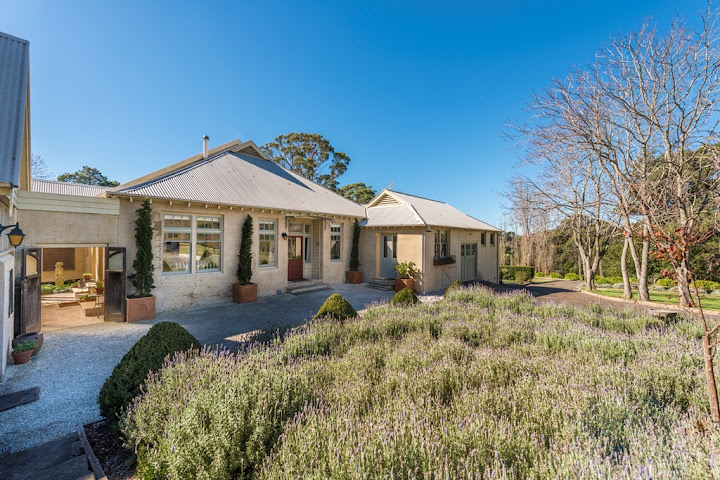 • Park-like gardens as well as your own bushland are a wonderful feature of the property providing year round colour and ensuring total privacy. 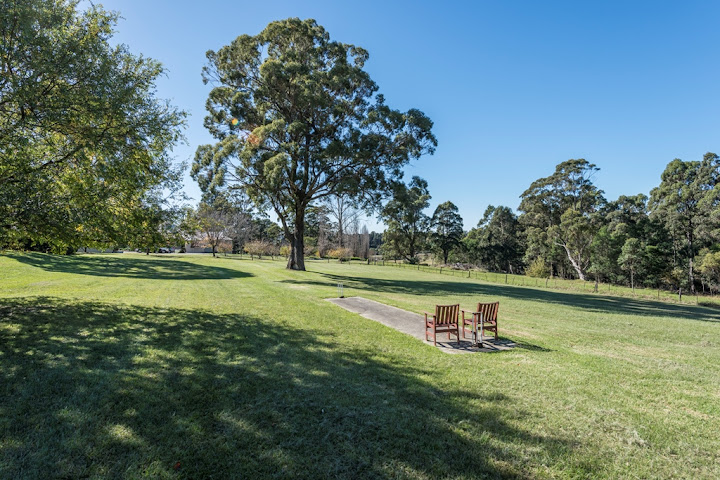 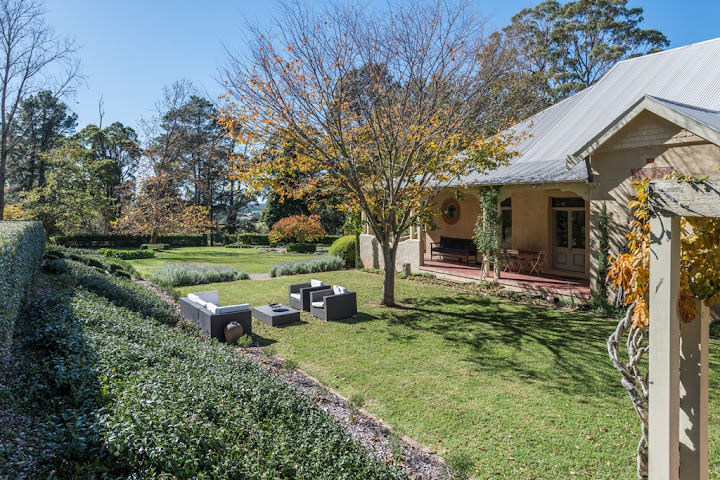 From: Property ObserverJonathan Chancellor | 28 May 2015
Rowe Cottage was among the Mittagong Cottage Homes, established from 1885 by the State Children’s Relief Board.

Two nearby early 19th century Crown land grants in the area went to Robert Plumb and one to John Thomas Wilson. On these lands the Southwood Estate was established and came under the ownership of Stephen John Pearson and John Douse Langley.

The Mittagong Cottage Homes Area is the site of various NSW Government institutions, including the former Mittagong Cottage Homes, Mittagong Farm Home, Mittagong Training Home and Renwick Child Welfare Homes. It was used continuously as a government child welfare institution, on the cottage system, from 1896 until 1994. The area is on Bong Bong Road, bounded by Old Hume Highway and Old South Road, and includes Renwick Drive. The NSW Government sold the site in 1994.

In the 19th century there were several large institutions operating as orphanages and reform schools in the colony of NSW. These included the Female Orphan School (1801 – 1850), the Male Orphan School (1818 – 1850), Randwick Asylum for Destitute Children (1852 -1916) and the Protestant Orphan School (1850 – 1886). In the 1870s Judge Winderer headed a Royal Commission on Public Charities and its two reports of 1873 and 1874 advocated a ‘boarding-out’ or fostering system rather than the large orphanages of the day. This boarding-out system was similar in many respects to modern day foster-care. The State Children’s Relief Board, which was constituted by Parliament in 1881 to remove children from orphanages and place them in foster care.

However some children were considered to need different forms of care because they were crippled, mentally disabled and or suffering from disease. In his second Annual Report, Dr Arthur Renwick, Chair of the Board, advocated for special cottages to be established for the care of these children. Early in 1885, four Cottage Homes were established: two at Pennant Hills and one each at Picton and Mittagong.

By 1886, Dr Renwick was advocating the purchase of a farm which would provide milk, fruit and vegetables that the children needed. He also advocated that the cottages should be purpose built for the children. Thus in 1896, 100 acres of the ‘Southwood Estate’ (on which there stood a commodious cottage) were leased for a five year period. (Downie 2013)

A superintendent’s cottage (Is this Rowe Cottage?) was constructed in 1910 and remained in use until 1966, when it was extended to allow accommodation for boys.