A historic mansion is torn down in Toorak. Video by Emily Power and Kirsten Robb.

Toorak residents are furious that the owner of a landmark local mansion has begun tearing down the house after a failed heritage protection bid.
The front portion of Idylwilde at 16 St Georges Road, sold to Xiaoyan “Kylie” Bao for $18.5 million in September 2013, has been ripped open, with the ornate interior of the property exposed to the street.

Photo: Eddie Jim
The minister rejected a bid by council in May last year based on advice from Heritage Victoria, the planning department said in a statement.
An application to both Heritage Victoria and the Heritage Council, temporarily halted demolition works but was also declined.
Stonnington mayor Melina Sehr said that under the law, the council could not refuse the homeowner’s consent for demolition.

“New zoning to a large extent has prevented the building of the sort of monoliths we have seen in the past, but there is no restriction on design.

“I thought it was the most beautiful house I had ever seen,” Ms Elsworth said.

It was not previously affected by a heritage overlay, however the building was flagged for investigation as part of previous council heritage studies.

Chris Vedelago and Philip Wen November 4, 2013
One of China’s wealthiest people has bought a Toorak mansion for more than $20 million amid claims the businessman regularly flies into the country in a private plane carrying suitcases of cash.
Entrepreneur Wang Hua is China’s 790th richest person, with a net worth of $400 million that the 54-year-old is seeking to sink into residential developments, wineries, timber companies, golf courses and luxury homes in Australia.

Mr Wang, a former People’s Liberation Army Navy serviceman, is the mystery buyer who spent at least $20 million in September for the sprawling Toorak estate owned by Peter Devitt, the director of construction company LU Simon.

Sprawling: The property on St Georges Road in Toorak is one of Melbourne’s finest trophy homes. Photo: Supplied

The sale of one of Melbourne’s most expensive trophy homes took place after Mr Wang flew into the city on his personal jet, which he uses to shuttle between his adopted home and the Chinese operations of his conglomerate, Jeshing Group.
On these regular visits to Australia, Mr Wang reportedly brings in a suitcase full of US dollars that is deposited in a local branch of a mainland Chinese bank, according to allegations in court documents. Read more:

By Jonathan Chancellor, Property Observer, Monday, 17 June 2013
The Toorak property, 16 St Georges Road is one of Melbourne’s most significant homes. 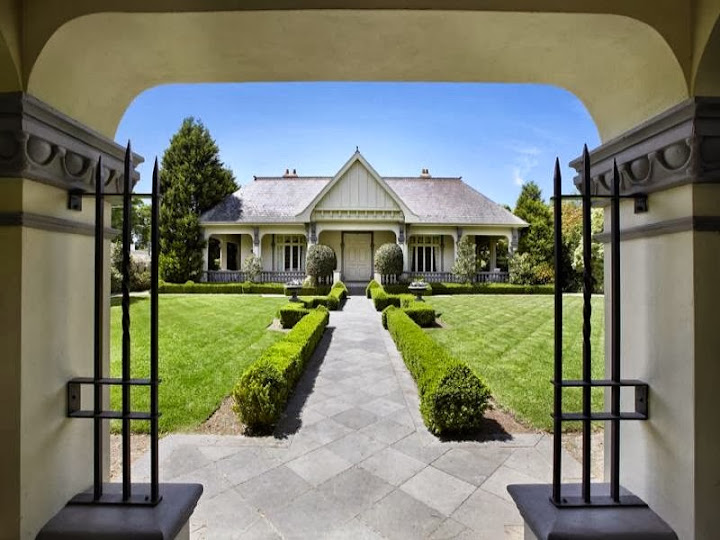 The mainland Chinese buyer flew into Melbourne last week on their private jet to put the signature on the contract.
It last traded at $4.4 million in 1997.

A $20m+ listing emerged on the market last week on what has historically been considered the most prestigious stretch of St Georges Road in Toorak. Directly across the street from Toorak House, 16 St Georges Road is an early-20th Century self-described “Art Nouveau” (although it’s not Art Nouveau at all, “Arts & Crafts” would be more apt) estate sitting on a full one acre spread of land.

The interiors are of a certain indiscriminate period, but thankfully Kay & Burton alongside Goldeneye Media produced a video that helps us viewers better understand the lifestyle associated with such a residence.