Styling and Photography are important when selling your beautiful home!

Three articles from Domain to inspire you:

Passed in … Ruth Woodley in her Pymble home, on which she and her husband, Ted, spent $6000 before putting on the market. Photo: Steven Siewert

Spruce-up not enough to get property over the line
Domain, September 8, 2012 by Antony Lawes and Stephen Nicholls

A styling makeover was not enough to help Ruth and Ted Woodley sell their four-bedroom home in Park Crescent, Pymble, today.

Even the owners of a partially destroyed storm-damaged house still tidied up the garden before putting it on the market. “It’s about making it presentable so people can see the potential,” Mr Clarke said.

‘I was very reluctant to change it but it’s not supposed to be an emotional thing’ … Steve Dodds painted the black walls of his Surry Hills apartment white before selling. Photo: Edwina Pickles
Steve Dodds’s Surry Hills apartment used to be painted black, from ceiling to concrete floor. He loved living there in his single days: he called the one-bedroom converted warehouse his man cave. It was in a popular building on Bourke Street and, despite the colour, had big windows that let in masses of light, while a large loft gave proportion to the five-metre ceilings.

Stylist Mia Cipolla, who runs Mia Creative Interiors, said even a quick cosmetic makeover on a house or apartment before a campaign helped buyers imagine themselves living there, which meant they were more likely to form an emotional attachment “that creates a sense of urgency to own that property”.

Photography tips to turn your average listing into ‘bait‘

Short of hiring a professional photographer to give your home a visual makeover, here are some tips and tricks on how to photograph your space like a pro. This way, you can let your pictures do most of the talking when inviting buyers to your listing. 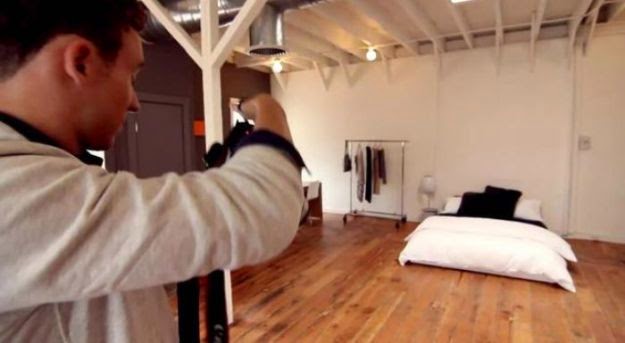 We asked an expert photographer for advice and tips and tricks on how to add professional quality photos to your listing with minimal effort.

Clean up that clutter

This should be a given – “Each item seen within the camera’s small frame must be an intentional part of the message you want to communicate,” says Liz Dawes-Ordoñez, a professional photographer specializing in architecture and interior design photography.

If a jar of pens doesn’t add anything to the picture of your coffee table, there’s no need for it. It’s important to not feel pressured to add things to the scene with the hopes of making it unique, personified, or as if the room has tons of gadgets visitors can play with. That’s what the description section is for! 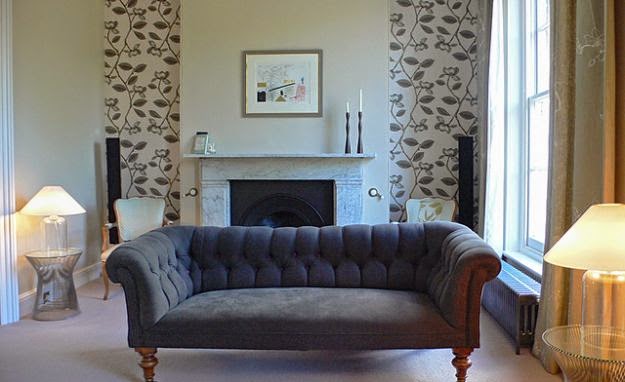 Not sure how to create focus in a room?

”Moving furniture away from walls, even five or six inches, will help a room appear airy rather than stuffed,” Dawes-Ordoñez tells us.

“Choose the most appealing camera angle and then move furniture so it looks good through the camera’s viewfinder and not the naked eye. Through strategic positioning of furniture you can create a photo with three dimensional feeling, paying special attention to items close to the camera.”

You should also remember the small details, such as making sure the mirror is fingerprint-free and folding bathroom and kitchen towels to create a calm and tidy feel to the home. 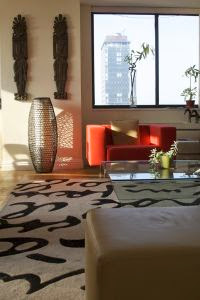 Add some personal touches to make your space come to life.
”Add a bright color, even if the decor is neutral or monotone,” Dawes-Ordoñez suggests. “It will instantly brighten up any photo.”

Even something as simple as a fleece throw, stack of books, or a bundle of flowers can change the feel of the space.

“For a contemporary look, use a single type of flower such as a couple dozen tangerine tulips in a crisp white vase. Placing them close to the camera lens will create an inviting point of interest then guide the viewer’s eye to examine the space further.”

For a Victorian or shabby-chic space, consider using a bouquet of field of flowers or one funky art piece to draw interest that makes sense with the style in your home.

If you are planning to use pillows as accents, try stacking pillows in tones of the same shade to add dimension. An object that gives off an interesting shadow, such as a large vase, may also create intrigue in the space.

One of the principles of photography is learning how to use light to your advantage. Most people say natural light is soft and more visually appealing in a commercial use, but artificial lighting can prove helpful as well.

“Time of day is very critical. It should complement a style,” our expert says. “Mixing light sources such as fluorescent, tungsten, and daylight will create unwanted color casts. When possible, opt for a single type of light source.” 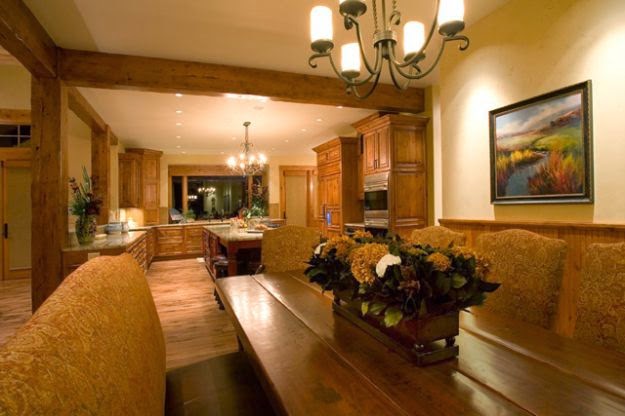 Use candles or tungsten bulbs under shaded lamps to show off the dining room, either of which can add a warm tone to the atmosphere. ”What you’re doing is trying to illustrating a lifestyle, not just showing the best features of the space.”

It’s understandable that natural lighting can be rather limited.
”If a space has deficiency with light, use a tripod so you can do a long exposure. That way, just about any space can become bright.” If you do not own a tripod, you can try placing your camera on a steady surface or shelf. 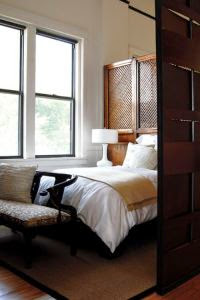 Even though your house may be tiny, don’t be tempted to shoot with a super wide angle lens to try to fit more into one frame.

Your iPhone with iOS 6 offers panorama view? Don’t you dare touch it. “Although you see more of a space in one shot, it creates more distortion and gives the illusion that objects are far away from the camera,” Dawes-Ordoñez says.

Additionally, you may want to shoot from an angle that leads into the rest of the space rather than a distorted wide angle photo that inaccurately represents your home — because once your guests are there, they will know what the space actually looks like, and you could be asking for a negative review.

Follow these guidelines and you’re on your way to professional quality photos without emptying your wallet. With just a small time commitment and a willingness to experiment with photography a bit, you’ll have travelers flooding your inbox requesting a night at your personal bed-and-breakfast in no time.