“Tay Creggan in Hawthorn is a magnificent example of the Federation Queen Anne style of architecture.

Architectural excess can be cause for sheer delight:

Tay Creggan is considered one of Australia’s most important houses.
“Tay Creggan” – the house on the rocks – is the fantastical building of gables, dormers, turrets and tall, twinned chimney stacks that can be glimpsed from across the Yarra at Richmond.

“Up closer you can see scalloped terracotta roof tiling, fancy fretwork and finials, the ”candle snuffer” profile of the most prominent turret, the many pretty porches and the diamond leadlight in bay windows that project from the timbered upper storey.
When the house – now the year 9 campus of Strathcona Baptist Girls Grammar School – was built in 1889, it was an architect’s own home that took the boom style of late-Victorian housing to the next level of lavish.

“With all that exterior detail and exceptional interior appointment – the ballroom has three stained-glass cupolas, four wooden dragon gargoyles and a huge inglenook fireplace in Scottish oak – it has always been problematic for architectural historians to classify.

“Stylistically, what is it?

“Purchas was bumped from ownership, almost as the house was completed, by the 1890s bank crash.

“As you do, the new owners did some renovating and lavished even more features on the grandiose scheme. 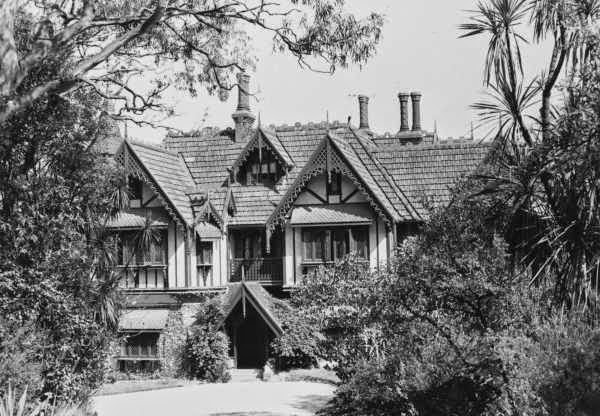 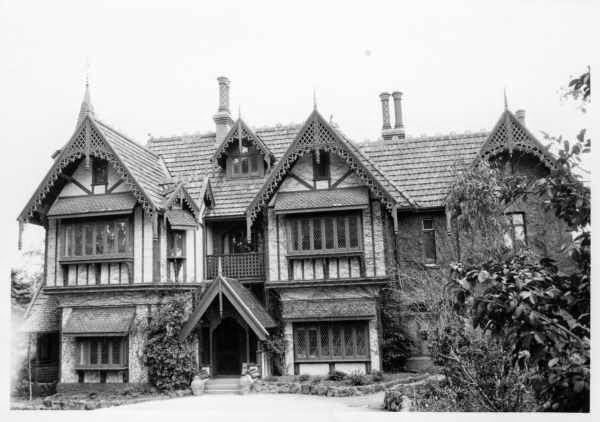 “Tay Creggan was built by the prominent Melbourne architect Robert Guyon Whittlesey Purchas (known as Guyon) as his own home. He bought the land, a 1.5 hectare sloping site between the railway line and the Yarra River, in 1889 and built the house in 1891-2, but ran into financial difficulties at the beginning of the 1890s depression and sold the house in 1892.