An historic house in Exeter with a price tag of $3.3 million

An historic house in Exeter with a price tag of $3.3 million is drawing attention from afar.
Exeter’s gracious house on the hill, Whare Tau, has piqued the interest of a Dubai-based sheik.

Built by Alfred Stephens & Co of Bowral for land owner Denis Sheil, it has had several owners including Irene Hope Meek, the daughter of Sir Joseph Meek, a chairman of Lever & Kitchen. Meek paid £11,000 for Whare Tau in 1958. 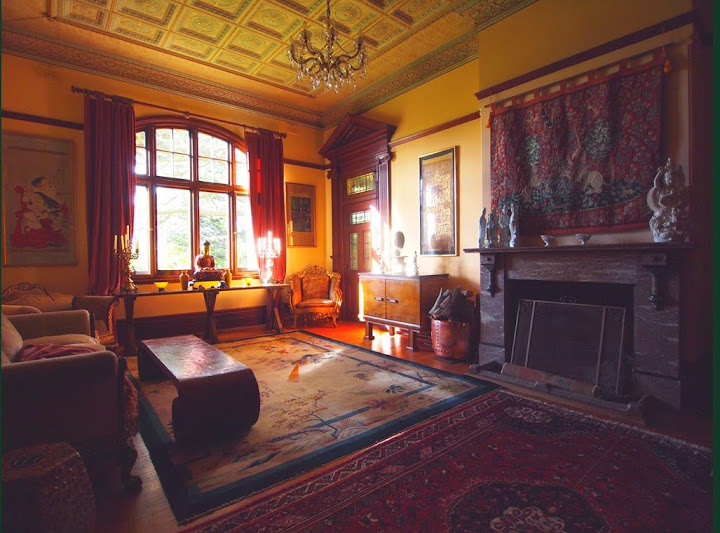 The park-like grounds feature a rose walk, specimen trees, cold-weather plantings and a vast vegetable plot. There is a tack room with two stables, four-bay machinery shed and town plus bore water.

This property was originally part of a grant to the Badgery Family in the 1800s. The Badgery’s rewarded workers on their estate by giving them land on which to build a house and run a small farm. 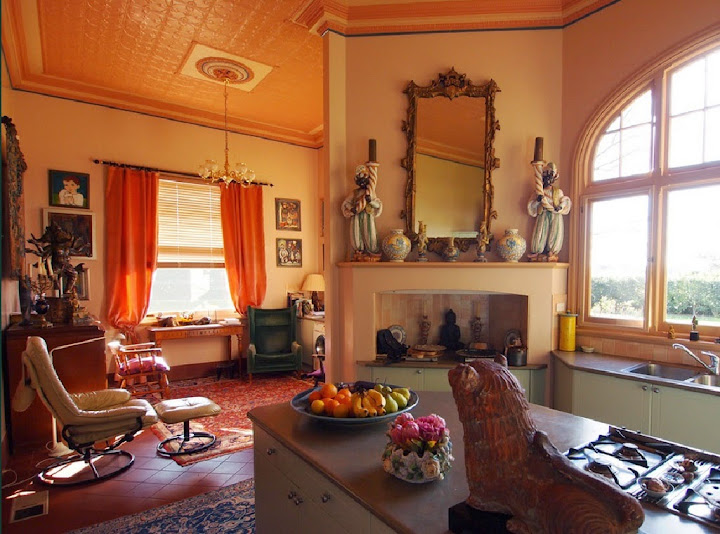 The date of construction of the residence is presumed to be prior 1906, as it is thought that 1906 was the first year that Deeds of Property were issued in this area. After Miss Meek’s death, the property was bequeathed to Mrs Lillian Thurtell. 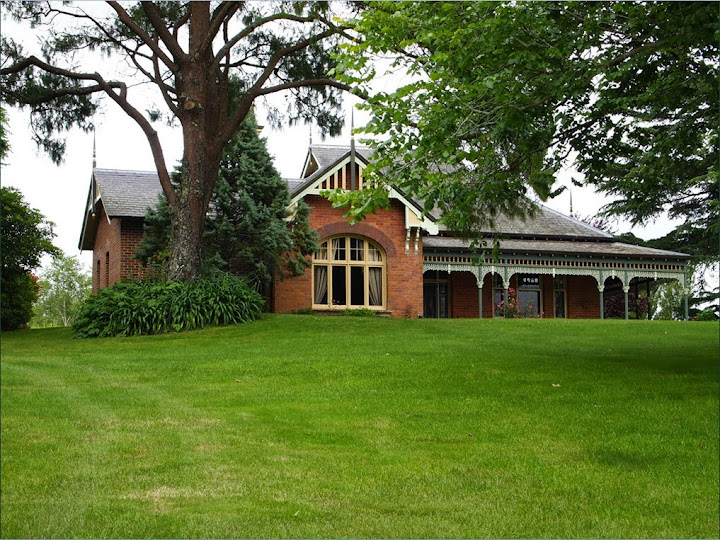 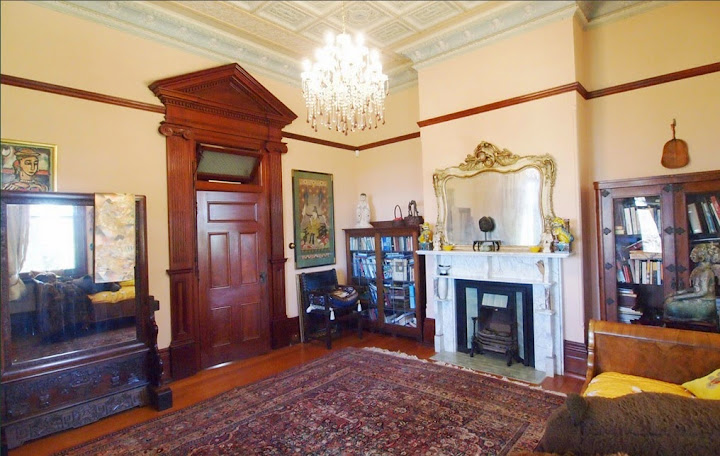 The interior of the house contains excellent examples of ornate joinery, often extending to the ceiling height of 15ft. Marble fireplaces, original milk paint colour scheme still intact) continue the prevalence of first class craftsmanship and attention to detail. Oiled timber flooring imported from New Zealand is found throughout the house. The hall is divided by a decorative portal. 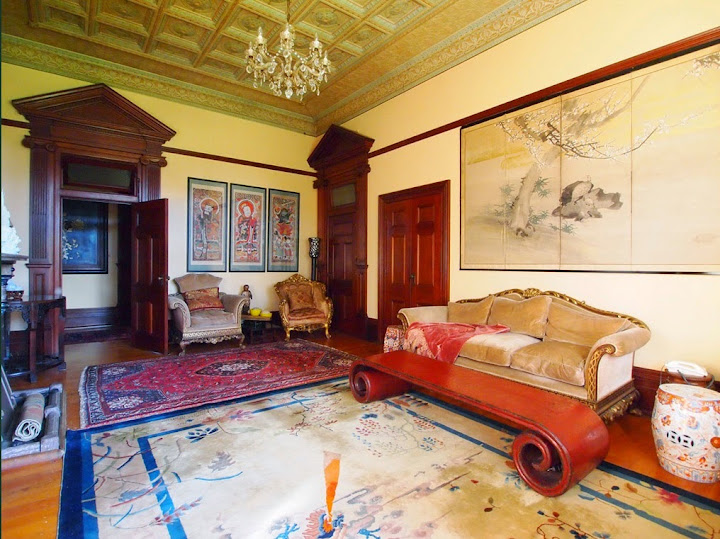 Two wells are still in use for the garden; one of these is operated by a windmill. English oak, elm and lime trees of great size and bulbs and roses of a bygone age are still in the garden. The Sydney Morning Herald Title Deeds article of June 1993 reports that prior to the deceased estate contents auction trees were uprooted so clear access could be gained into the Federation style house. It is unclear if this procedure included the removal of some of the original, significant plantings.

Exeter is the most “English” of all the villages of the Highlands, Its leafy streets and lanes, its clipped hedges and grand rows of trees give the impression of an age old-village in the “old country”.
In fact Exeter is one of the newer villages in the Southern Highlands, and owes its existence – as do many others – to the coming of the railway in the late 1860s.

Settlement, however, preceded the development of the village by almost half a century. When Charles Throsby of Bong Bong f
ame opened up the area in the 1820s, many settlers prevailed upon the governor of the day for grants in the ‘Sutton Forest’ area.

Some of these were established landholders closer to Sydney looking for wider spaces to graze their herds.
One such was James Badgery, who had arrived in Sydney in 1799, and for 20 years had successfully farmed in the Bringelly region. His farm here was called ‘Exeter’, after the town in England near where he grew up. This name was later to be given over half a century later to the new village.

Badgery was granted land between the present Sutton Forest and Exeter villages, and he and his family were later to consolidate holdings of several thousands of acres, centred on the main holding, which was called Vine Lodge.
Today a reminder of this past can be seen on the right hand side of the road as you enter Exeter from Sutton Forest – the horse stud farm of the same name. Descendants of the Badgery family still live in the area.

Other landholders also took up grants in the area, and the actual village today sits mostly on land previously owned by the Badgerys.

Exeter owes its existence largely to the coming of the railway. Sutton Forest, an established village, was like Berrima bypassed further to the east by the new rail line. The new line in fact cut through the middle of the Badgery properties, and probably had the effect here and elsewhere of breaking up these older landholdings.
There is evidence that some land in the area had been alienated to the railways, and this – in conjunction with the encampment of hundreds of railroad workers from time to time no doubt stimulated ideas of settlement.

However it seems almost 20 years passed before moves were made to establish a town. In 1891 a large section of ‘Vine Lodge’ was subdivided and sold; the first school was also opened, and a post office. Some houses already existed for staff at the station and new lots were snapped up.
By 1894 there was a new store (thought to be the house “Elouera” on the eastern side of the railway), and a bakery.
The foundation stone of St. Aidans was also laid in 1894, and after a a public subscription the church was opened in 1896. As it

was too small for the local congregation, extensions were added in 1903.
By this stage the population was large enough to warrant the establishment of a School of Arts. These places were a cross between meeting hall, library, and educational institution. Exeter’s distinctive mock-Tudor building was opened in 1902 on land apparently donated by Dalgety & Co., the pastoral company.