From JONATHAN CHANCELLOR | 4 JANUARY 2012 ProperyObserver.com.au:
Cottesloe was named by Governor Frederick Broome, in 1886, soon gathering the wealthy of Perth during the summer months as the beach is sheltered from the south-west winds in summer and protected by reefs and islands off the coast.

The Town of Cottesloe prides themselves on having some of the most beautiful surrounds in the Perth metropolitan area.

Heritage Architect Mr Ian Hocking is pushing for a unique conservation precinct to be created in the wealthy beach side suburb Cottesloe.

What is the value of conservation? 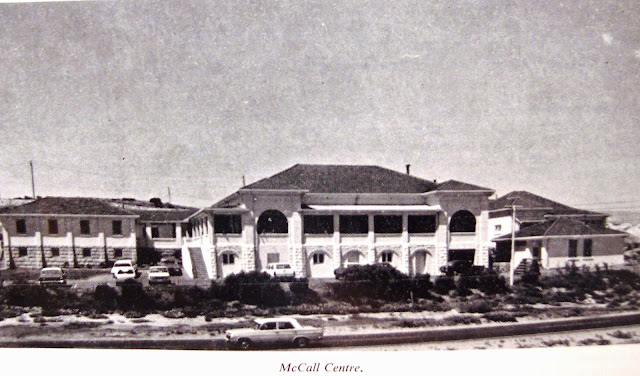 The MCall Centre was a redevelopment of the “old Cable Station” in Cottesloe.

Kulahea is of great historical and architectural interest. The house is a commendable piece of architecture, designed
by an important architect and has associations with historical figures and other prominent citizens.
Last Advertised Price : January 2012 – $5,500,000[2] 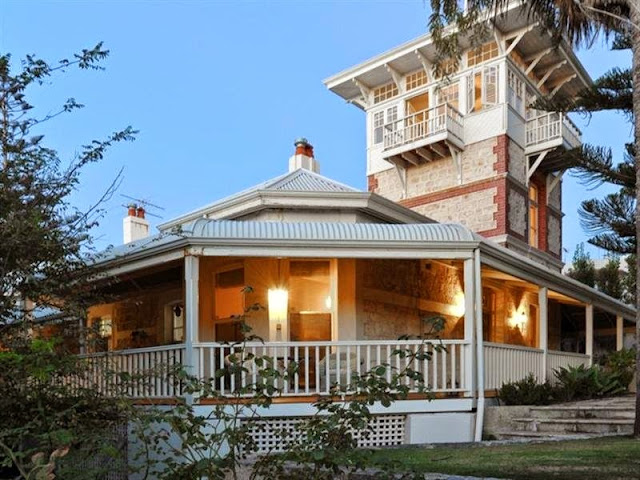 A stunning beach side home that reflects the prosperity of the Australian Gold Rush of the 1890’s. This majestic home is a timeless statement of achievement with solid limestone walls, wide, shady return verandahs and remarkable 3 storey tower with windows all round to provide uninterrupted coastal views.

Belvedere is one of three limestone homes in a rare grouping that includes Tukurua, built in 1896, and the 116-year-old Le Fanu.

Belvedere, a limestone 1897 Cottesloe residence, has been listed with $5.5 million-plus hopes. 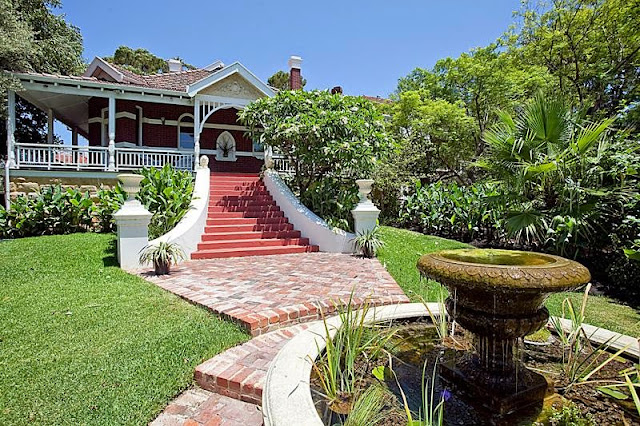 Another Cottesloe Federation Queen Anne-style property, Trafalgar House, constructed in 1915 for William Liddell, the manager of Hoskins Foundry and Kalgoorlie Foundry, is listed through Chris Shellabear at Shellabears.

The original five roomed seaside holiday cottage residence was constructed in 1893 for Henry Diggins Holmes, his wife Marion and their three children. The Holmes family were significant to the establishment and development of Cottesloe and were major contributors to charitable institutions, most notably the Ministering Children’s League.

In 1945, Le Fanu was bought by the Anglican Church, which continued the charity work of the Holmes, and the house was used as a meeting place for religious organisations and groups.

For years, Le Fanu cried out for help until restoration work began in 2010.

A prime example of a grand beachside home, it reflects the affluence created by the gold boom of the 1890s, with features including thick limestone walls, a turret, gables, ornate chimneys, a ballroom and a wood-panelled study.

But, with foresight and years of hard work by a renowned architect, committed owners, the State Heritage Council, the Town of Cottesloe and an extremely dedicated builder, the extensive restoration of one of Perth’s most famous heritage-listed houses is finally complete.

The once proud testimony to Queen Anne-style architecture had been reduced to nothing more than an outlet for angst and vandalism.

Originally known as “Banksia”. The place which overlooks the Indian Ocean is of considerable architectural interest and has associations with prominent people who were notable for their charity..[7]

Designed originally by R.T. Mc Masters as a single storey building and built by Bunning Bros in 1896 it
was altered soon after in 1897 by J. Talbot Hobbs. In 1901 Hobbs designed a second storey for the
house.

The Heritage Council of Western Australia lists these three limestone residences as good examples of the suburb’s first homes which are now scarce.

The beach-front property is located on the corner of Marine Parade and Rosendo Street.
IT’S the empty Cottesloe block that has had developers drooling for decades.

The grand heritage home sits elevated on the back half of the property with an empty lot in front.
From the home’s wraparound balconies, it offers spectacular ocean views.
For people driving by on Marine Parade, it’s a glimpse into what life was like for WA’s wealthy elite more than a century ago.

Complete family character home on top of the hill with an elevated outlook on 744m2 of land with laneway access.

Sold for $3,675,000, Sold Date: Mon 24-Jun-13; House Bedrooms: 4 Bathrooms: 2 Car Spaces: 4
“A collaboration of refined and sumptuous style with relaxed, comfortable and flowing practicality of Australian Heritage, has produced one of the finest, family residences in the precinct”.

“Nestled in the heart of Perth’s premier beachside precinct on one of its most favoured avenues leading down to the shores of the Indian Ocean, this much loved family home offers buyers a multitude of options.

With the charm of a century old home and the space and comforts of a contemporary family house on a large 545sqm corner block, this grand Cottesloe property offers the best of both worlds.

Over the years, Lady Lawley Cottage has provided respite and convalescent care for sick and recovering children, and care for children with disabilities.