“As soon as the government started with the sell-off 18 months ago, it brought a completely new product to the market,” he said.

The state government’s sell-off of public housing has transformed Millers Point into one of Sydney’s most expensive suburbs, new data shows. 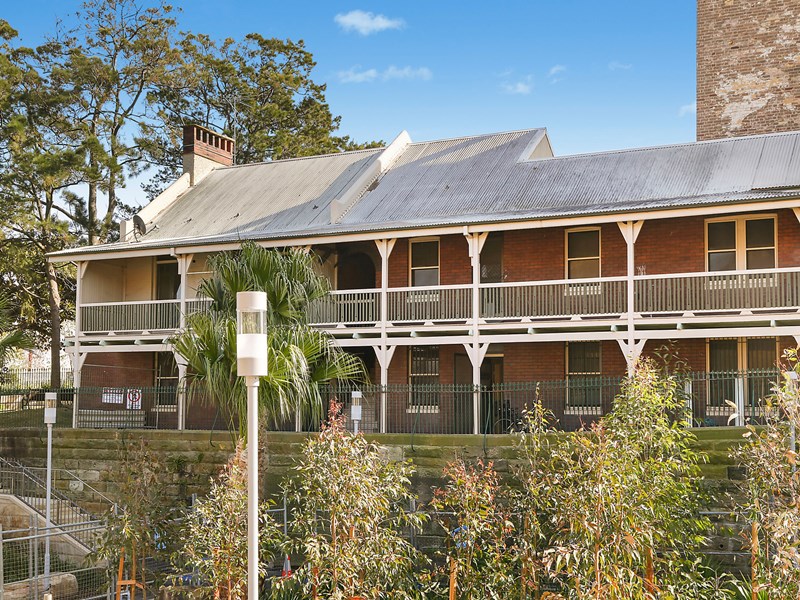 “An incredibly rare opportunity exists to reinvent this original c1910 block of four apartments in an iconic harbourside enclave with water views. Directly opposite Barangaroo Reserve and walking distance to Walsh Bay, The Rocks and Circular Quay. ”

Register of the National Estate

Nos 18-20A Munn Street are of similar period and have sympathetic detailing to the adjacent Palisade Hotel. Together with the large sandstone retaining wall, the hotel and terrace group has a dominant impact on the townscape in this part of The Rocks conservation area (Criterion E.1). The hotel and terrace group is an exceptionally dominant example of the work of The Rocks Resumption Advisory Board in redeveloping the rocks after the plague of 1901.

Date not researched. The buildings presumably date from a similar time to the adjacent Palisade Hotel (1911-12). They were part of the major redevelopment of the rocks undertaken by the New South Wales Government through The Rocks resumption advisory board in the years following the plague of 1901. The present buildings are the survivors of a series of six two storey terraces; the others were demolished (1970s?) for expansion of the Darling Harbour port facilities.

This is a two storey brick building with sandstone trims to the openings. The two storey timber verandah is supported on large squared chamfered timber posts, with Art Nouveau influenced decorative brackets and balustrades. Windows are four pane double hung sashes. Access to 18A and 20A is by a central stair which opens onto an upper landing with a wall to give privacy to each entrance. The row is set high above Munn Street, with access only by a footpath beside the adjacent Palisade Hotel, bounded by a high sandstone retaining wall capped by a cast iron picket fence.

Millers Point is one of the earliest areas of European settlement in Australia, and a focus for maritime activities.

A two bedroom unit on the ground floor of a two storey terrace built c.1911.